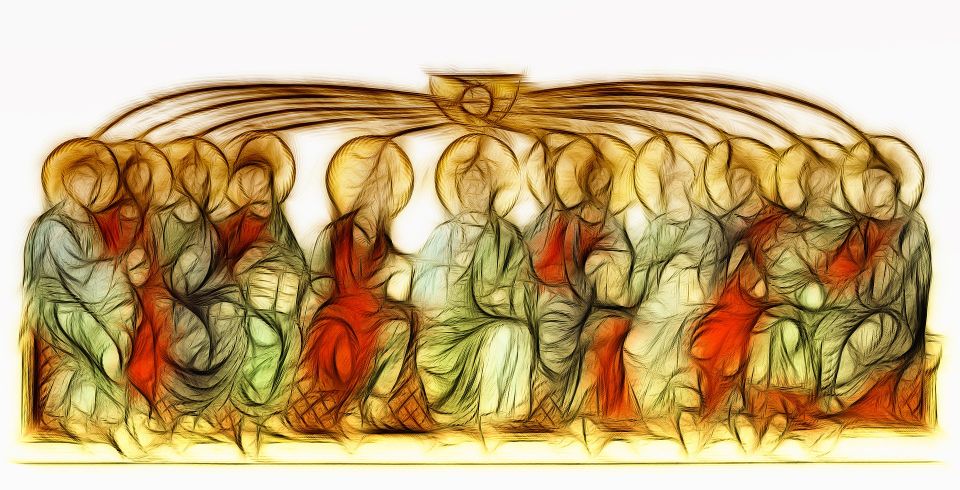 The renowned Vatican II peritus and leading Catholic theologian of the 20th century, Jesuit Fr. Karl Rahner, wrote at the outset of his important 1967 theological treatise The Trinity that the doctrine of the Trinity has been so neglected over the course of Christian history that most "Christians are, in their practical life, almost mere 'monotheists.' " He goes on to state that, accordingly, "We must be willing to admit that, should the doctrine of the Trinity have to be dropped as false, the major part of religious literature could well remain virtually unchanged." Rahner's point is not to suggest that the doctrine of the Trinity is unimportant. On the contrary, he recognized its extreme importance to Christian orthodoxy. Instead, he was observing that for the most Christians — including Christian leaders and even many professional theologians — little heed is paid to one of the most distinctive and important aspects of our confession of faith. And what was true 50 years ago remains true today: apart from marking ourselves with the sign of our faith and praying the doxology, which both affirm the triune God, little recognizable thought or attention is typically given to the Trinity.

One of the unrecognized yet significant consequences of this widespread phenomenon is what I have become accustomed to calling "Holy Spirit atheism." By this I do not mean that most Christians outright reject the divinity of the spirit. Rather, I have a sense that many Christians think and act as if the Holy Spirit did not exist and therefore this phenomenon is largely implicit.

For example, it is easy for most people to pray to "God the Creator" or "God the Father," and it is likewise inescapable to reflect on and pray to the incarnate word in Jesus Christ, but where does the Holy Spirit factor into our prayer lives? Each Sunday we proclaim the spirit is "the Lord, the giver of life" whom we "adore and glorify," but do we really believe in the Holy Spirit?

Over the years I have come to think that like the general atrophying of our regard for the Trinity, we have suffered both theological and pragmatic consequences of persistent neglect of pneumatology — that important, necessary and sustained consideration and study of the Holy Spirit. And this has consequences that are extremely far reaching in both prayer and praxis.

If, as we profess, the church was birthed at Pentecost with the sending of the Spirit, then the ongoing presence and action of the Holy Spirit should be the founding principle of how we think of the church. But the actions of many church leaders and ordinary Christians alike suggests instead an attitude of "it's all up to me." We see this in the rhetoric about the perceived need to police who participates in the Sacraments or personally adjudicate who is or isn't "worthy." This reflects a mistaken sense of self-importance and implies that God is not at the helm or operative within the Body of Christ.

More egregiously, the choices made by some church leaders to cover up abuse for the sake of maintaining the church's public reputation belies a presumptuous attitude that stands in conflict with the Christian belief that God is active in the church and world. In retrospect, I find myself wanting to ask these leaders: Is it really only up to you? Are you sure that if you were to be honest and transparent about the simultaneous sinfulness and holiness of the church (which is a tenet of orthodox Catholic faith) then … what? The institution would crumble and disappear?

While perhaps not explicitly thought or expressed in this way, the actions of many church leaders speak loud enough. If one actually believed in the ongoing divine work of the Holy Spirit, by which all the faithful are united in baptism, then the humility of their positions as ministers and not mini-monarchs or corporate CEOs would place trust in the spirit and they might have done the right thing. Instead, too much of the harm, sin and crime that has been uncovered reveals a reliance not on God but on one's self.

Another way I see this implicit "Holy Spirit atheism" manifested is around the suppression of the sensus fidelium, which is the technical term used to describe the manner in which all the baptized faithful participate in the magisterial teaching of the church in terms of reception and contribution. Through baptism all the faithful have received the sensus fidei, an ability to recognize, perceive or "sense" divine revelation and the faith. It is a universal characteristic of the members of Christ's body. When we talk about the sensus fidelium we are talking about what the people of God actually believe, which is made possible by each of member of the church having the sensus fidei. Vatican II's Dogmatic Constitution on the Church (Lumen Gentium) addressed this, stating: "The entire body of the faithful, anointed as they are by the Holy One, cannot err in matters of belief." (12)

However, both the laity and the ordained too often neglect or even outright suppress this matter of faith when it comes to consultation of those outside hierarchical leadership. Far from some modern "liberal agenda," the importance of this teaching was something Blessed John Henry Newman drew attention to in his 1859 book On Consulting the Faithful in Matters of Doctrine. And yet, as with the defensive responses of some in Newman's time, there are some today who maintain a propositional, unidirectional, top-down understanding of the development of doctrine and church discipline that can only be decided by those who are ordained and be passively received by the lay faithful. Avoiding or rejecting the role of the sensus fideliumis, it appears to me, another rejection of the Holy Spirit's work in the church when transmission of orthodox faith is understood as the prerogative of and dependent on the ordained alone.

Finally, on a related note to the sensus fidelium, the contemporary fear over frank conversations about doctrine and church discipline hints at an underdeveloped or nonexistent faith in the Holy Spirit. Such seems to be the case with those who scream schism or invoke "heresy" at the prospect of discussions about the discipline of presbyteral celibacy or the role of women in the Roman Church, such as the German bishops have recently suggested. It seems to me that this sort of call reflects a deep trust in the ongoing work of the Holy Spirit, which unites together all the baptized and continues to be giver of the church's life. Those afraid of it appear to forget about the spirit's existence or role.

We would do well to remember that it is not simply up to us and should instead adore and glorify the Holy Spirit by recognizing God's continued presence and action in the world, even if that action is not exactly what you may personally want or desire. Let us begin again to believe in the Holy Spirit, who has indeed spoken through the prophets and continues to do so today.

A version of this story appeared in the May 31-June 13, 2019 print issue under the headline: The church is suffering from Holy Spirit atheism .

Column | The church is suffering from Holy Spirit atheism