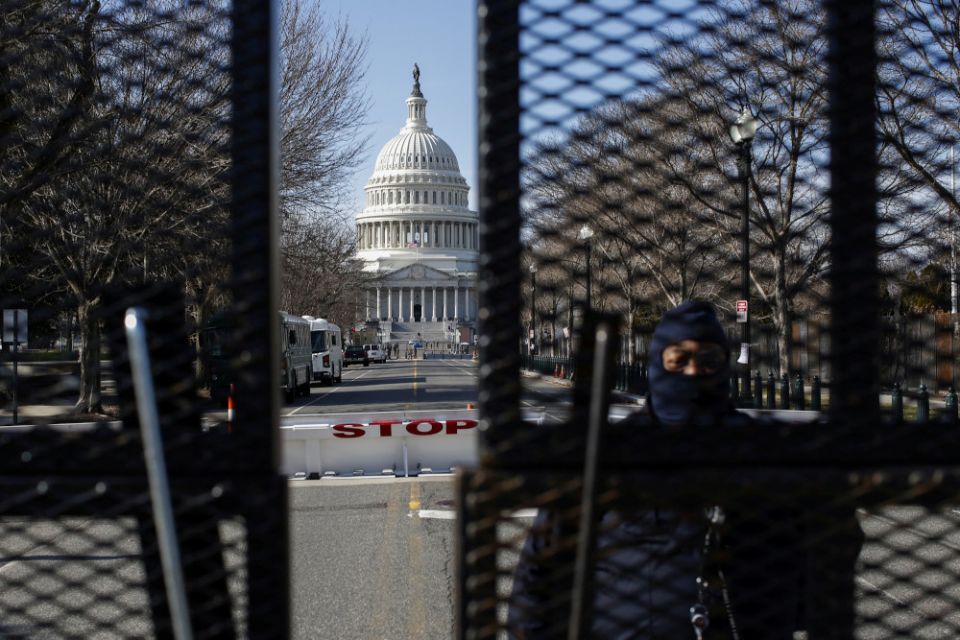 Today Joseph R. Biden will be sworn in as the second Roman Catholic president of the United States. It has been widely reported that President-elect Biden's Catholic faith has and continues to shape and inform both his personal commitments and general worldview.

And while the constitutional strictures and the precedent established by John F. Kennedy, the first Catholic president of the United States, rightfully limits the conflation of public office and personal faith, it seems like an opportune time to pause and reflect on what the church has to say about the purpose of government and public office. This is worthwhile not only for what advice it may offer to the incoming Biden administration, but more importantly for the clarification it provides to the Catholic electorate.

This is also timely given the horrendous domestic terror attack at the U.S. Capitol Jan. 6. Recent reports have shown how some Catholic leaders and independent internet groups have contributed to fomenting the violence through divisive rhetoric, partisan politics and the circulation of baseless conspiracy theories.

Too many Catholics (and other Christians), especially those who support Donald Trump, wrongly espouse near-theocratic visions of government. Beyond the marriage of apocalyptic imagery and extremist partisan rhetoric such as one finds in all corners of the internet and occasionally from sanctuary pulpits, many of the self-described Christians who participated in or supported the attack of Jan. 6 believed they were enacting "God's will" to "save the republic."

So what is the purpose of a sovereign government according to the Catholic Church?

The Catechism of the Catholic Church summarizes well the church's teaching on the purpose of the government: "It is the role of the state to defend and promote the common good of civil society." Period. The government is not intended to prioritize "individual liberties" over communal flourishing, as so many right-leaning Americans wish, nor is the state intended by the church's teaching to be a hegemonic force for sectarian norms and partisan preferences.

According to the documents of the Second Vatican Council, which contains the most authoritative modern teaching on the subject, we read in Gaudium et Spes: "It follows also that political authority, both in the community as such and in the representative bodies of the state, must always be exercised within the limits of the moral order and directed toward the common good — with a dynamic concept of that good — according to the juridical order legitimately established or due to be established." (Emphasis is mine.) 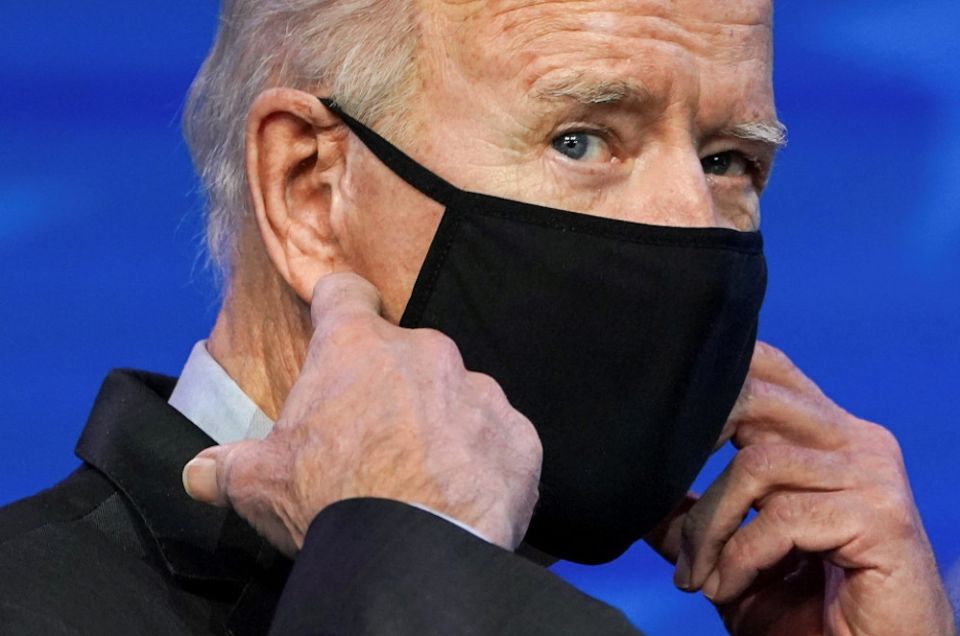 Drawing on the papal teaching from the preceding half century, the council explained that the common good is "the sum of those conditions of social life which allow social groups and their individual members relatively thorough and ready access to their own fulfillment, today [this] takes on an increasingly universal complexion and consequently involves rights and duties with respect to the whole human race. Every social group must take account of the needs and legitimate aspirations of other groups, and even of the general welfare of the entire human family."

The catechism presents a digest of three key elements that combine to shape our understanding of the common good: respect for the human person, prioritization of collective social wellbeing and development, and the pursuit of peace.

The respect for the inherent dignity and value of the human person is not up for personal selection, choosing as one might which population, political party, class or race of people, gender or sexually oriented group one wishes to recognize. The church makes clear in Gaudium et Spes: "In our time a special obligation binds us to make ourselves the neighbor of every person without exception." (Again, emphasis mine.)

Too much of the partisan rancor and distorted commentary online has fueled the opposite, inciting self-identified Catholics to distrust one's neighbor, personally determine who is "worthwhile" or "worthy" of dignity, and select for oneself which category of "life" one considers justifiably "innocent" or "preeminent." The church makes no such distinctions, because God makes no such distinctions. Either all life — the unborn, the elderly, the refugee, the LGTBQ person, the victim-survivors of abuse, those oppressed by systemic racism, etc. — is sacred or, as we see time and again in our communities, no life is sacred.

The second element of the common good has to do with social well-being and development. The church teaches, in Gaudiem et Spes, that it is the government's responsibility in a healthy nation to make available to all people "everything necessary for leading a life truly human, such as food, clothing, and shelter; the right to choose a state of life freely and to found a family, the right to education, to employment, to a good reputation, to respect, to appropriate information, to activity in accord with the upright norm of one's own conscience, to protection of privacy and rightful freedom even in matters religious." 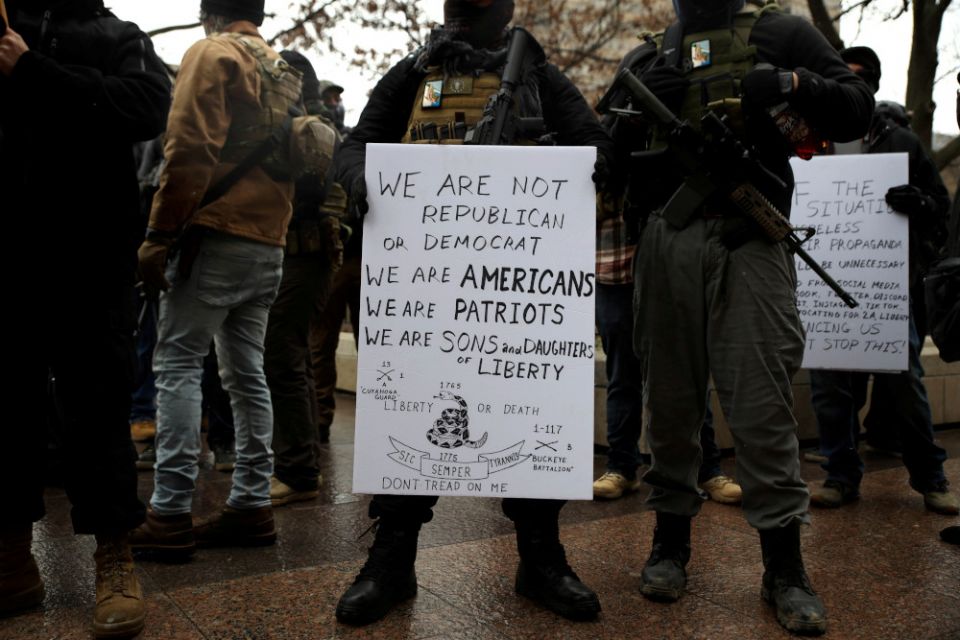 Despite conservative cries for "smaller government," which is a self-interested red herring disingenuously presented as "fiscal responsibility," the church makes clear that it is precisely the responsibility of governments to attend to these basic needs of its people. And if there is a population whose interests should supersede others, the church has made abundantly clear that it promotes the preferential option for the poor and marginalized, not the wealthy, comfortable or socially ascendant.

The third element of the common good is the pursuit of peace, which does allow for the establishment of a military for defensive and humanitarian purposes. The mission of peace is both domestic and international. Policies that seek to isolate nations as a result of selfish desires or jingoism have no place in a legitimate and just society.

Pope Francis's recent encyclical letter, Fratelli Tutti, further builds on the church's rich, if challenging, teaching on the role of government. Critiquing the rise of extremism, false populism and divisive rhetoric, he writes: "Political life no longer has to do with healthy debates about long-term plans to improve people's lives and to advance the common good, but only with slick marketing techniques primarily aimed at discrediting others. In this craven exchange of charges and counter-charges, debate degenerates into a permanent state of disagreement and confrontation."

The pope also returns to the dangers of individualism, such as has been on full display in the rhetoric of politicians and insurrectionists at the Capitol earlier this month.

Individualism does not make us more free, more equal, more fraternal. The mere sum of individual interests is not capable of generating a better world for the whole human family. Nor can it save us from the many ills that are now increasingly globalized. Radical individualism is a virus that is extremely difficult to eliminate, for it is clever. It makes us believe that everything consists in giving free rein to our own ambitions, as if by pursuing ever-greater ambitions and creating safety nets we would somehow be serving the common good.

Biden will not and should not attempt to impose Catholic teaching verbatim into federal policies, for such actions would violate both his constitutional responsibilities and the teachings of his church. But he certainly will have the opportunity to be guided by the wisdom of Catholicism, which offers a clear direction that the purpose of government is to defend and promote the common good; something that far too many church leaders and rank-and-file Catholics, politicians and otherwise, have long ignored or forgotten.

Franciscan Fr. Daniel P. Horan is the Duns Scotus Chair of Spirituality at Catholic Theological Union in Chicago, where he teaches systematic theology and spirituality. Visit his Facebook page to learn more about livestream discussions held after his columns are posted.

Column | The church teaches that purpose of government is the common good. Period.