Confronting the 'monarchy of fear' with spiritual resistance

Prioritize relationship when tempted to close in on self 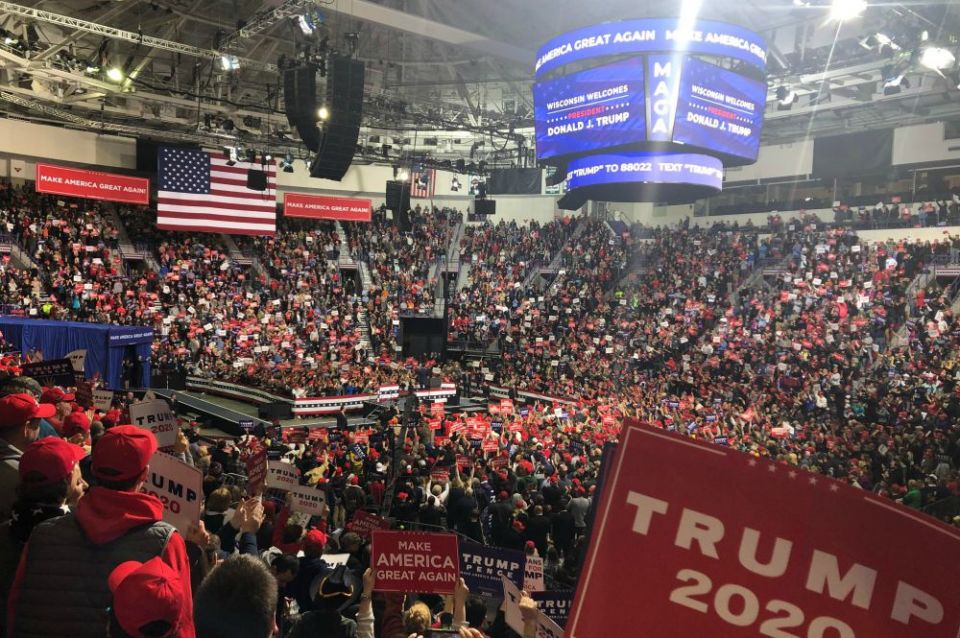 Just about a year before the 2016 presidential elections, I wrote a column for America magazine titled "Fear is the fuel of demagoguery, but the enemy of Christian discipleship." At the time, I was struck by the overt xenophobia, misogyny, racism and generally disparaging language of major political candidates at home and abroad.

One of those candidates, Donald Trump, would go on to secure an Electoral College win and become the 45th president of the United States of America. Another, Marine Le Pen, of France, would lose her bid to become president. Nevertheless, her rival, President Emmanuel Macron, is now noticeably losing hold of power as French nationalists gain increasing political traction, revealing a divided France. As The New York Times podcast "The Daily" is reporting this week in a five-part series, similar trends are appearing across Europe today.

What was then and is now shared in common across the Atlantic is the use and abuse of fear. In the years since I published that column, I have had several opportunities to think more about and discuss publicly the role of fear in society and the church today, including this week in San Antonio, Texas, while speaking at the Oblate School of Theology's annual Summer Spirituality Institute. Additionally, in these subsequent years a number of insightful resources have been published that help us think through the power and challenge of fear, including the renowned philosopher Martha Nussbaum's excellent book The Monarchy of Fear: A Philosopher Looks at Our Political Crisis.

Nussbaum astutely diagnoses the signs of our times in the wake of the 2016 election season, wherein the rhetoric of fear and distrust reached an alarming level. Like many, she was troubled by what she witnessed and took to her craft of philosophical writing in an effort to make sense of the social and political dynamics. Nussbaum draws on the neuroscience research of Joseph LeDoux, who explains the physiological and psychological mechanisms behind, and relationship between, anxiety and fear. LeDoux explains: "Fear can, like anxiety, involve anticipation, but the nature of anticipation in each is different: in fear the anticipation concerns if and when a present threat will cause harm, whereas in anxiety the anticipation involves uncertainty about the consequences of a threat that is not present and may not occur." In other words, anxiety is a more diffuse experience of concern and uncertainty than fear, which needs a particular target or object.

Nussbaum makes the case that the natural mechanisms of anxiety and fear, which have emerged over millennia of evolutionary history to protect us from predators and other immediate dangers, become dangerous when they are coopted by those wishing to control others through their rhetoric. She writes:

Fear involves the thought of an imminent threat to our wellbeing. Aristotle tells political speakers that they will be able to whip up fear only if (a) they portray the impending event as highly significant for survival or wellbeing, if (b) they make people think it is close at hand, and if, further, (c) they make people feel that things are out of control — they can't ward off the bad thing easily on their own.

In other words, nothing much has changed since Aristotle: political, social and religious leaders can instill or stoke fear by harnessing the need to sublimate the anxiety women and men might already have in a diffuse way (about job security, health, personal or familial wellbeing, and so on) and channel them in terms of a discrete, isolated, particular and impending threat. Nussbaum remarks: "Through our basic propensity to fear, democratic societies are highly vulnerable to manipulation."

This assessment describes our context today, and it ought to be a major concern for Christians, as well as all women and men of good will. There are many who have legitimate anxiety about dire circumstances or precarious situations, but they are regularly fed lies about the causes and potential remedies for that anxiety in the form of fear of the other.

We witness this fear mongering in the way Trump and his supporters have talked about migrants and refugees, such as the way the so-called caravan was portrayed before the midterm elections in 2018 but hasn't been mentioned as such since. Likewise, we see this in the way the Trump administration has stoked fear of transgender women and men and has sought to deny civil protections against discrimination against them. It has been some of the most poor and vulnerable persons who have regularly become the objects of fear and loathing. And sadly, it seems that as another national election cycle gets underway, the stoking of this unnatural fear is bound to increase again.

So what are we to do? How do we respond to the cooption of fear and the tendency to vilify, reject or destroy the "other" presented as the scapegoat?

As Paul Lakeland, a theology professor at Fairfield University, recently exhorted his theologian colleagues during his presidential address at the recent Catholic Theological Society of America convention in Pittsburgh, we must embrace "spiritual resistance." Spiritual resistance, he explained, is not to be contrasted with physical or other forms of resistance. Rather, the "spiritual" in the term signals the motivation that shapes our outlook, intention, thought, praxis and protest; it is about living the Gospel.

To be a Christian is to be in relationship. Christianity is not merely an association of like-minded folks or an organization one is initiated into for recreational, professional or even personal purposes. Instead, Christianity is practiced in collaboration with others and makes no sense apart from others. The very marker of faith — baptism — is itself the means by which we believe we are united to one another and God in the Spirit. At every turn, Christ showed us that we are meant to be women and men for others. And yet fear shuts down the borders of relationship, as Nussbaum observes: "It is always relentlessly focused on the self and the safety of the self."

One of the most immediate ways we can resist what Nussbaum calls this "monarchy of fear" is by prioritizing relationship when we are tempted to close in on ourselves. From her secular philosophical context, Nussbaum points to hope as the antidote to this dehumanizing unnatural fear. She writes that, "Hope expands and surges forward, fear shrinks back. Hope is vulnerable, fear self-protective."

As Christians, we have all the more reason to focus our hearts, minds and rhetoric on hope. Christian hope is not naïve or romantic, "pie-in-the-sky" or Pollyannaish optimism. Christian hope is rooted in the truth that God hears the cries of the poor (Psalm 34), became human to enter into ever-greater relationship with all women and men, and calls us to love one another as God has and continues to love us (John 13:34).

As the rhetoric of fear continues to ramp up, Christians will again face a choice: to listen to those Pope Francis calls "false prophets who exploit fear and desperation, who sell magic formulas of hatred and cruelty or selfish well-being and illusory security" — or embrace "spiritual resistance." Resisting the former by means of the latter provides us with an opportunity to work toward a more just and peaceable society, which bears the marks of authentic Christian hope.

A version of this story appeared in the Aug 23-Sept 5, 2019 print issue under the headline: Confronting the 'monarchy of fear' with spiritual resistance .

Column | Confronting the 'monarchy of fear' with spiritual resistance

The pain of mental illness and the grace of Catholic faith