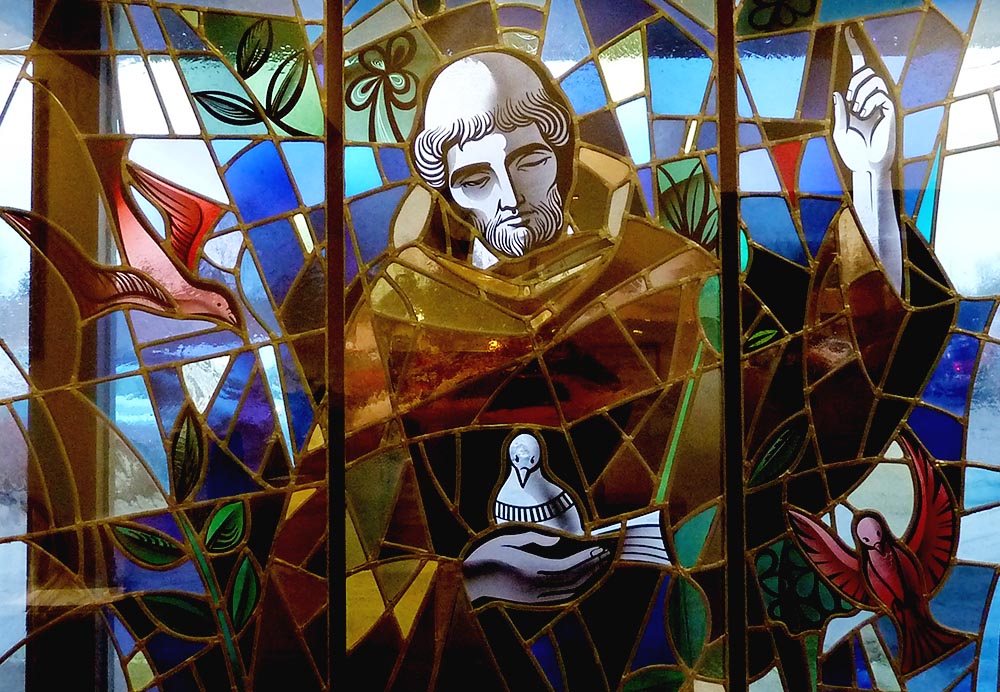 One way I have often thought about the core of the Franciscan spiritual tradition is as a distinctive hermeneutic, or lens through which to see the world. St. Francis of Assisi famously established what became one of the largest and most significant religious orders in the Catholic Church with a deceptively simple and direct instruction: "The Rule and Life of the Lesser Brothers is this: to observe the Holy Gospel of Our Lord Jesus Christ."

As basic as that description appears, its simplicity is precisely the root of its challenge. A commitment to live the Gospel, while in some way shared by all the baptized, demands of Franciscans and those with Franciscan hearts a different way of seeing and being in the world. The whole proclamation of the Gospel is about bearing witness to the truth that another way to live is possible; that God's vision for human society and all creation as drastically different from the way most of us operate.

Francis and Clare of Assisi bore witness in word and deed to this alternative reality — not a false reality like we see in those today who refuse to accept truth, justice and peace, but God's reality, which St. Paul describes as "foolishness" according to worldly standards (1 Corinthians 1:18-31).

We see this in the famous stories of Francis' embrace of the socially and ecclesially marginalized, like the lepers; his courageous and peaceful interreligious practices, like the meeting with Sultan al-Malik al-Kamil in 1219 in Damietta, Egypt; and in the radical practice of itinerancy, evangelical poverty and hospitality that allowed him to welcome all people into relationship regardless of social class or standing.

I also believe that Pope Francis, living into the legacy of his papal namesake, also bears witness to this way of seeing and being in the world. He has said as much in his powerful magisterial teaching, especially "Laudato Si', on Care for Our Common Home" and Fratelli Tutti, both of which are deeply indebted to the Franciscan tradition. The latter encyclical also hinges on the Holy Father's prophetic insistence that another way to live and organize our societies is possible.

It is for this reason that I was immediately drawn to the title of a new book: Seeing Differently: Franciscans and Creation, which arrived in my mailbox unsolicited like so many books do each year from publishers, editors and authors. Although it is published by the British Christian publishing company Canterbury Press, it is also available for order in the United States and elsewhere.

Co-authored by three Anglican Franciscans — Samuel Double and Nicholas Alan Worssam, two friars of the Society of St. Francis, and Simon Cocksedge, a member of the Third Order of St. Francis — this book is a real treasure.

Many Roman Catholics may not know that the Franciscan family, which was founded centuries before the Reformation splits between the Roman Church and the Anglican Communion, Lutheran Church and so on, has branches in other denominations. One of the things I immediately like about this new book is that it reflects the ecumenical gift that the Franciscan tradition offers Christianity in that our shared heritage, tradition, resources and vision transcends the typical boundaries of theological and ecclesiological divides.

At the heart of the book is the conviction I mentioned above; namely, that to be a Franciscan is to embrace another way of seeing the world — seeing differently, as the authors poetically put it. As the subtitle suggests, the primary application of this "seeing differently" is the family of creation and our place as humans within it.

In many ways, this book is not original. The authors draw on many well-known and less-well-known sources in the Franciscan hagiographic and theological tradition, as well as contemporary Franciscan scholars and theologians (including myself). But the beauty of this book and its message is not about advancing a novel thesis or original idea. 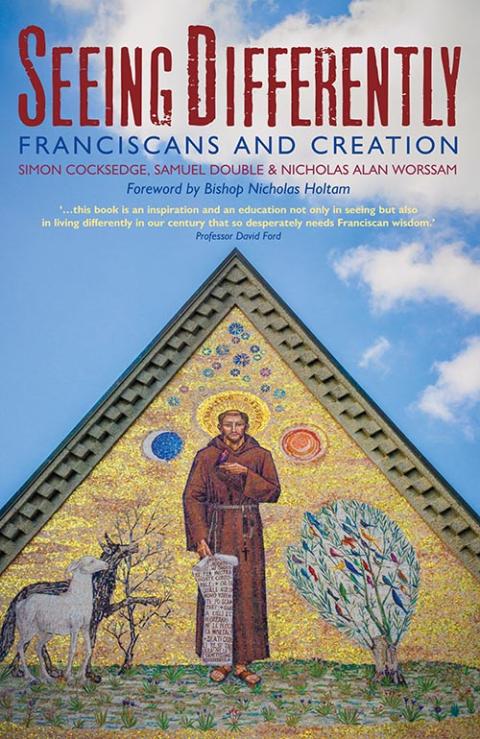 The key is to return to the roots of the Franciscan spiritual tradition to recover a vision of the world that is grounded in the Gospel of Jesus Christ. What results from that commitment is a radically renewed way of seeing the world that demands of us what Pope Francis has called "ecological conversion."

Organized into three parts, the first two of which expertly and accurately retrace the essential sources for understanding the Franciscan vision of creation from St. Francis up through the great medieval Franciscan thinkers, it is the third part of the book that most captivated me.

Within this section, which is titled "Franciscans and Creation Today," I was struck by the presentation in Chapter 8 of four spiritual practices the authors invite us to deploy in response to seeing differently. They tell us that we should consider Francis of Assisi's "sacramental seeing and inhabiting of the world around him" and that doing so "can transform our relationship with creation and also our self-understanding."

The first practice is "attending." Here we are invited to anchor ourselves in time and space, learning to pay attention to what is before us, around us and even part of us. In a passage worth quoting at length, the authors link this practice to the example of St. Francis.

What comes across clearly in the early writings about Francis ... is that he, too, was a seer in this sense. He possessed the gift of keen observation of the creatures around him — their presence, their colours, their songs and their patterns of behaviour, and what he saw often brought him joy and delight. But his appreciation was not principally aesthetic, nor was his perception just sentimental or idealistic. ... Rather, his delight in what he observed led him to see in the natural world around him, both animate and inanimate, the "footprint" of the Creator, the maker's mark, a sign of God's mercy, generosity, love and glory.

What is described here is what the medieval Franciscan theologian and doctor of the church St. Bonaventure would call "contemplation," which is the ability to recognize God's closeness to and presence within all of creation.

The second practice is "inhabiting." This is a spiritual practice that many of us were thrust into by the stay-at-home orders of the pandemic. However, although we were stuck in one location, how many of us grew in appreciation of the place where we were?

The authors make a distinction between "residing in a place" and "inhabiting it." The latter "requires an emotional and moral commitment to the specific, immediate, place where we live: to all its inhabitants, both human and non-human. Such indwelling can open to us the recognition that the place, wherever we are, is sacred."

The third practice is "valuing." Here we find echoes of Laudato Si', in which Pope Francis also drew from the wellsprings of Franciscan spiritual wisdom. In brief, "valuing" is about recognizing the inherent dignity and value of all God's creation and not merely what we humans determine is useful to us.

Seeing differently means seeing the world through God's eyes, recognizing that God is the Creator of everything and therefore has loved the whole universe into existence.

The fourth practice is "gazing," which flows from the three earlier practices. It's about our retrained eyes and vision, putting them into practice as we go about the world. What do we see differently now? What needs to change? What prophetic challenge is God calling us to proclaim?

Our world is suffering in tremendous ways, globally and locally. During this time of increasing divides within the human family and beyond it in terms of the global climate crisis we face, our world is crying out for us to begin "seeing differently." And the Franciscan tradition offers us resources and guidance in responding to that challenge today.