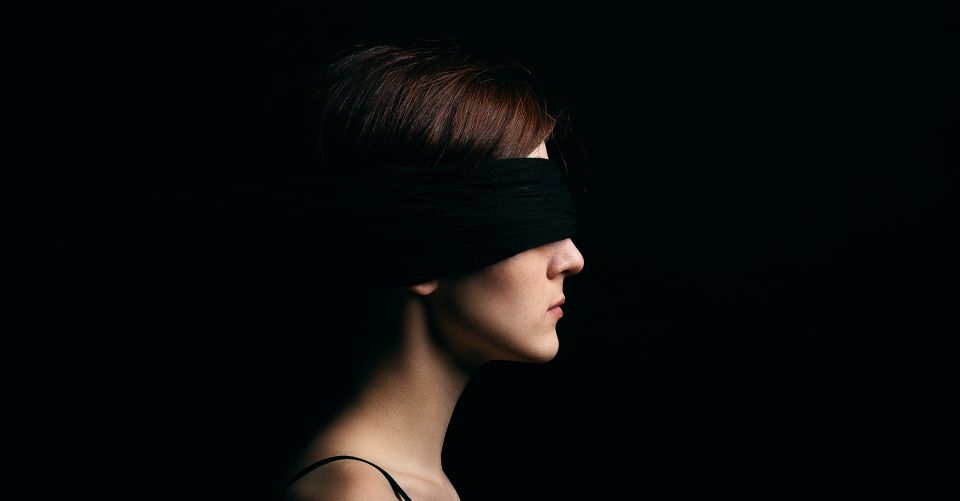 The proverb, "the road to hell is paved with good intentions," may very well have become so aphoristic that we have forgotten it is actually profoundly true. One can look around the civil and ecclesial landscapes of the United States and recognize the problems, inadequate responses, apparent corruption, closed-mindedness and a host of other troubling concerns that support a diagnosis of ill-intent, malfeasance and evil.

And while there are undoubtedly bad actors in our church and world, most people strive to do the right thing, seek a life of integrity, and wish to do no harm. So how do we end up with the messes we have before us?

Recently, I had the opportunity to re-read the Rev. Martin Luther King Jr.'s powerful short book Strength to Love. Early on, in an essay titled, "Love in Action," King gleans two lessons from Luke's account of Jesus on the cross, particularly in light of Christ's expression of forgiveness for the crowd (Luke 23:34).

The first lesson is that Jesus "walked the walk," which is to say that this final extreme act of forgiveness "is a marvelous expression of Jesus's ability to match words with actions." He spent his whole life and ministry preaching the good news of God's mercy, forgiveness and healing, and Christ's integrity bore true to the very gruesome end. This lesson reveals to us who claim to follow Christ that, "Forgiveness is not an occasional act; it is a permanent attitude" to be cultivated and practiced.

But it is the second lesson King identifies that struck me in a novel way. King explains that Jesus' prayer of forgiveness "is an expression of Jesus's awareness of man's intellectual and spiritual blindness. 'They know not what they do,' said Jesus. Blindness was their trouble; enlightenment was their need. We must recognize that Jesus was nailed to the cross not simply by sin but also by blindness."

Drawing on the American history of war, violence, racism and slavery, King argues that it is not sufficient merely to ascribe these evils to men (and sometimes women) who were simply misanthropic bad actors, but rather to a much larger reality of populations of well-intentioned people suffering from intellectual and spiritual blindness.

"Some men still feel that war is the answer to the problems of the world. They are not evil people. On the contrary, they are good, respectable citizens whose ideas are robed in the garments of patriotism," King wrote. He added, "The whole system of slavery was largely perpetuated by sincere though spiritually ignorant persons," and that "[s]ome of the most vigorous defenders of segregation are sincere in their beliefs and earnest in their motives." 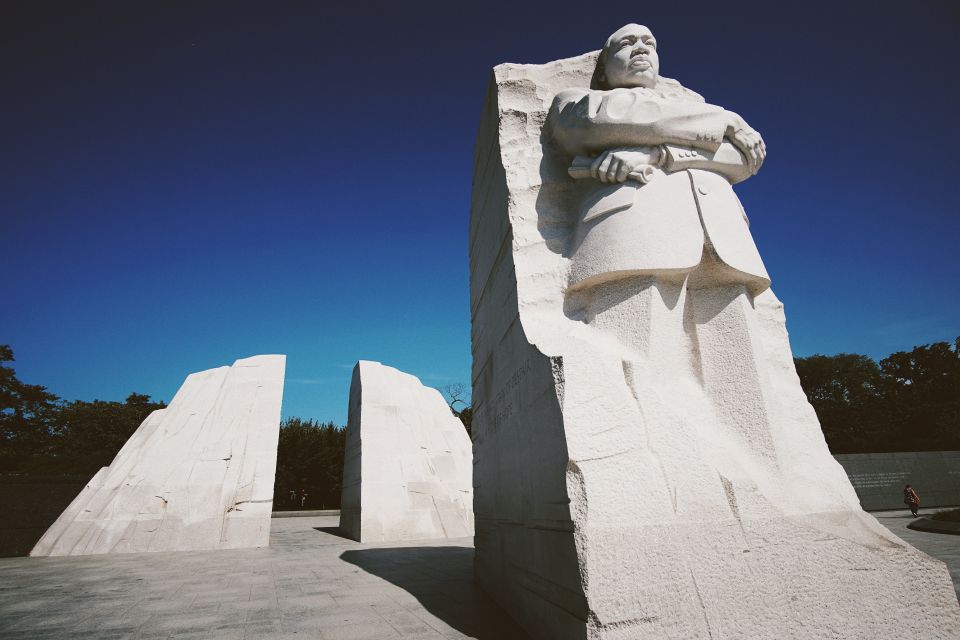 Now, King was not interested in defending these policies and attitudes, behaviors and misunderstandings. Instead, he drew on the Gospel to interpret the "signs of the times," which is precisely what the Second Vatican Council calls all Catholic Christians to do. In doing so, he uncovered the same truth at the core of that easily dismissible aphorism about paving paths to hell — "sincerity and conscientiousness in themselves are not enough." He explains: "History has proven that these noble virtues may degenerate into tragic vices. Nothing in all the world is more dangerous than sincere ignorance and conscientious stupidity."

I believe King's diagnosis and caution urgently applies to us today.

Over the last few weeks, I have been watching the public phase of the impeachment inquiry unfold before Congress and the world. As nonpartisan career official after nonpartisan career official testified before the House Intelligence Committee for days on end, I was at first perplexed, then annoyed, and then angered by the Republican committee members who were making a mockery of a proceeding that was of the utmost importance. The apparent disdain the Republicans exhibited for intelligence, professionalism and competence was disgusting. Their repetition of easily disproven conspiracy theories was insulting. And I was quick to ascribe malice to those who could not bear to take their oaths seriously, who had apparently chosen short-term political security over the historical significance and potential long-term impact of what was unfolding.

And then, last week there was the exchange between House Judiciary Committee Ranking Member Doug Collins of Georgia and law professor Pamela Karlan of Stanford University that put into relief precisely what King was talking about. In his ignorant opening diatribe, Collins supposes — based on no evidence — that the academic professionals before him had not done the work necessary to comment sufficiently on the subject for which Congress had summoned them. Karlan, righteously offended, demonstrated that not all people are as ignorant or incompetent as Collins presumes and, in effect, illustrated by his own behavior.

Much has been made of the Republican Party's increasing anti-intellectual bias, but the Intelligence and Judiciary Committee hearings of recent weeks have put it on full display. What King has me thinking about, though, is the possibility that such Republicans might be well-meaning, good and even conscientious people. That despite the appearance of their flip treatment of their serious responsibilities, congressional Republicans may in fact not be malicious people. They are, instead, intellectually and spiritually blind. However, they are still responsible for their behavior.

King explains that, "Unlike physical blindness that is usually inflicted upon individuals as a result of natural forces beyond their control, intellectual and moral blindness is a dilemma which man inflicts upon himself by his tragic misuse of freedom and his failure to use his mind to its fullest capacity. One day we will learn that the heart can never be totally right if the head is totally wrong." 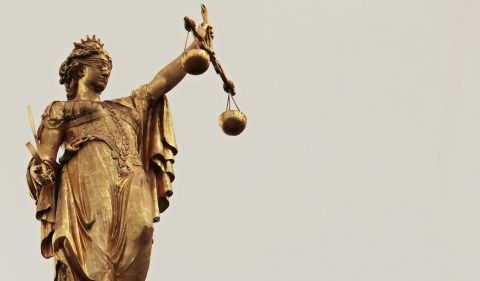 This is a spiritual crisis as much as it is an intellectual one. That's what I missed initially. But the head and the heart are tied together.

What has been on display in Congress is symptomatic of a larger cultural problem we face today. It is the church's responsibility to remind men and women that ignorance is not bliss and that, indeed, the road to hell is often paved with good intentions!

As King explains, "the church must implore men to be good and well-intentioned and must extol the virtues of kindheartedness and conscientiousness. But somewhere along the way the church must remind men that devoid of intelligence, goodness and conscientiousness will become brutal forces leading to shameful crucifixions. Never must the church tire of reminding men that they have a moral responsibility to be intelligent."

There is not enough concern about being intelligent, being informed, learning the facts, or respectfully listening to the professionals and experts. Sadly, this is as true about many church leaders as it is for civil leaders, which only complicates the challenge before us. King reminds us that one "does not have to be a profound scholar to be open minded, nor a keen academician to engage in an assiduous pursuit for truth," but you do have to be open minded and committed to learning, dialogue and change.

I am learning to give the intellectually and spiritually blind the benefit of the doubt — just as I wish such generosity were extended to me — but it is not enough for us to be good people who simply mean well. Too much is stake for that. We must overcome our own intellectual and spiritual blindness and encourage others to do the same. We must strive to love truth and exercise sound judgment, even when it is difficult or challenges our own comfort or preconceptions. And we must hold one another accountable, for willful ignorance can be sinful and the consequences tragic. Just ask Jesus on the cross.

Column | Intellectual and spiritual blindness may be our greatest cultural problem

Your thoughts on author and speaker Matthew Kelly