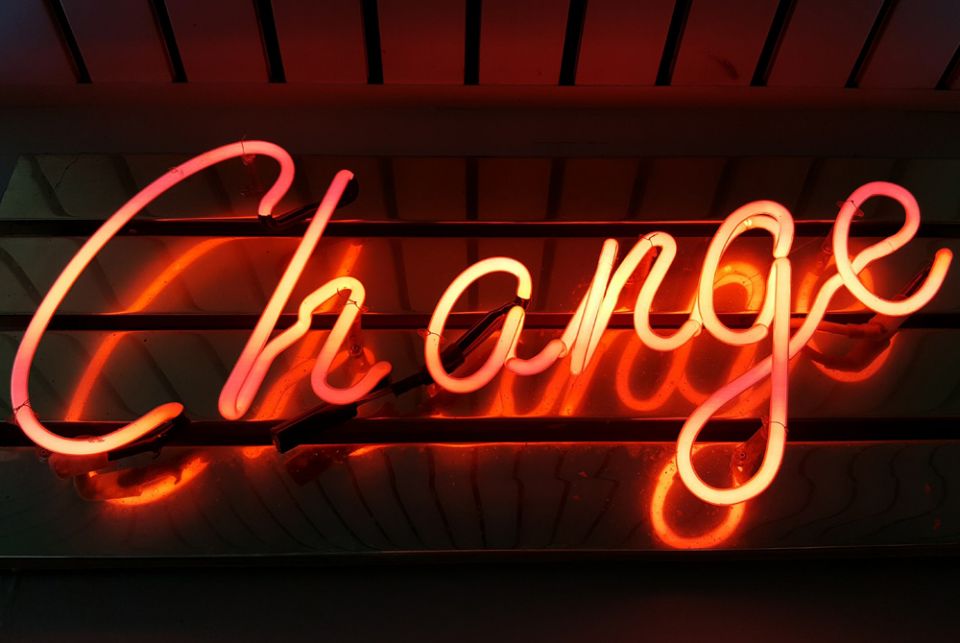 Last week the New York Times columnist David Brooks rang in the new year with an imaginative reflection on what could unfold in the next 10 years. The column is titled, "A Ridiculously Optimistic History of the Next Decade" and yet the subtitle really says it all: "A fantasy of what could come true."

Brooks imagines the collapse of the Republican Party as it has been molded in the image and likeness of Donald Trump in recent years. Its replacement is conceived as a Josh Hawley and Marco Rubio-led, working-class-focused, political Phoenix arising from the ashes of the Trump-sycophantic GOP. He describes Trump's landslide defeat in 2020, bringing the Republican-majority Senate down in the process, all the while Joe Biden ascends to the presidency thanks to the continued and strong support he receives from people of color. Brooks also focuses on potential cultural shifts, including an academic, artistic, and civic "Renaissance" in which accountability rises, creative diversity flourishes, and local community-based social organizations thrive in bringing together people of disparate backgrounds and perspectives.

Most interestingly to me, Brooks considers the possible demise of the suburban megachurch, "because the pastors had disgraced themselves under Trump." In its place, he sees a spiritual renewal emerging in which local communities of intellectually interested and spiritually seeking folks come together in urban settings and return to the basics of faith, which in Brooks's accounting means, "The religious left gained on the religious right."

When I first encountered Brooks' fantastical conceit, I admit that I initially greeted the piece with an eye roll. Perhaps it was my own increasing cynicism about the possibility of any substantive political change in the course of Washington gridlock and extreme partisan division that has effectively left President Trump and his cronies with a sense of impunity.

Or perhaps it's less cynicism and more realism as I look at the small but unwavering support for Trump among a fierce and vocal political base.

Or perhaps it's the sense of virtual despair at the hubris and shortsightedness of the same presidential administration that has led us to the brink of another unnecessary and intractable war in the Middle East.

Or perhaps it's the feeling that the evangelical establishment — whether in megachurch or televangelist or storefront form — shows unflinching signs of malleability, compromise and accommodation to the political right that is not easily supplanted by a more educated, socially concerned, and authentically Gospel-focused movement. The marriage between the evangelical communities and the political right is several decades old now and, at least in theory, these Christians frown on divorce.

However, the more I thought about it, the more I wondered what it might look like to engage in a similar imaginative exercise for the church. What could unfold during this next decade?

Maybe during the 2020s the global trend of appointing bishops more focused on pastoral care and the concerns of the poor and vulnerable than with managerial control and episcopal ladder climbing will continue as it has under Pope Francis. Bishops selected from among the local communities rather than far-distant chanceries or from Roman bureaucratic posts might restore a sense of shepherds who already, to some extent, "smell like their sheep" because they are from the same flock.

Maybe during the 2020s we will see an awakening among the collective body of the U.S. bishops' conference to the "signs of the times," which ought to be interpreted in the light of the Gospel rather than according to tacit — or even, at times, overt — politically partisan priorities. Such an awakening could be made manifest in bold and faithful statements from the American bishops that forcefully decry injustices such as white supremacy and the crimes against humanity at our borders; condemn the growing economic inequality at home and abroad; passionately advocate for all life and not merely that of the unborn; and respectfully but directly challenge corrupt government administrations by name as their brother bishops in the Philippines and elsewhere have done at great personal and collective cost (this is something the conference actually used to do when the administration was Democratic).

Maybe during the 2020s we will see church leaders affirm the equal dignity of the laity and empower their baptized sisters and brothers to oversee the mechanisms and policies enacted to protect children from abuse or other harm at the hands of clergy or any of the church's members. This includes the humility necessary for bishops to recognize that as much as they rightly exercise ordinary authority in their dioceses, their equal responsibility as the ordinary pastors of the local church demands of them transparency, accountability and collaboration with experts; anything less amounts to pastoral malpractice and failure of office.

Along similar lines, maybe during the 2020s we will see the church acknowledge and celebrate the gifts God has bestowed on lay and religious women, which have too often been subordinated or dismissed outright. At the recommendation of the 2019 Synod of Bishops for the Amazon, Pope Francis has signaled that the admission of women to the diaconate remains an open question that will continue to be studied. Having taught many laywomen and women religious theology at the graduate level, often in preparation for ministry, I regularly see dozens of excellent candidates for diaconal ministry in the church.

Furthermore, as someone who has the privilege of leading retreats and providing workshops for deacons and their spouses across many dioceses in the United States, I have seen how many deacons' wives are as qualified and pastorally disposed as (and sometimes even more than) their ordained husbands. What a potentially vibrant and inspiring witness to the vocation of married life and public ministry in the church there could be if women were also able to serve their sisters and brothers in this diaconal capacity alongside their spouses.

Maybe during the 2020s, if it is not already too late, we will see the church in the United States embrace the universal teaching of Laudato Sí, and lead the way forward here in terms of an integral ecological justice that responds to both the "cry of the earth and the cry of the poor." Pope Francis has taken up the Amazon synod's recommendation to explicitly name "ecological sin" alongside other categories of sin in the Catechism of the Catholic Church. Maybe we will see public contrition for our part in committing such sins, both in what we have done and what we have failed to do. Perhaps in the decade ahead, as the ecological situation we face only grows increasingly dire, the church will recognize that climate change is in fact the most important — or "preeminent," if you prefer — life issue, because the ecological crises before us imperil all life on this planet.

Maybe during the 2020s we will see priests and bishops and lay ministers finally learn not to politicize the sacraments or refuse Christian burial or use the Eucharist as a weapon for advancing one's personal agenda, even if it is meant with best intentions. Such behavior not only brings scandal to the church, but it is also a form of idolatry that abuses the Blessed Sacrament and presumes the minister is in a judgment seat that belongs to God alone.

Maybe during the 2020s parochial schools and diocesan organizations will stop the unjust discrimination against LGBTQ persons who are, in many Catholic communities, the lifeblood and workforce that keeps the social, educational, liturgical and charitable ministries of Christ's church alive. Perhaps this is the decade when all people will be treated equally as children of God and not as members of an unequal society that treats unfairly some people simply because of who God has created them to be or whom they happen to love.

There are so many more areas of potential growth and development, which limited space prevents me from listing. It could be that, along with David Brooks' imagining, these possibilities will remain pure fantasy. But as Christians, we are inherently a hopeful people that are called to deepen our faith and grow in our understanding of that faith.

Last century, in the decade before the Second Vatican Council, many of those theologians and church leaders who advocated for radical development in church teaching and discipline — like the protection of religious liberty or the necessity of authentic interreligious dialogue — were silenced and their hopes seemed "ridiculously optimistic," as Brooks says. Yet, they witnessed the seemingly impossible changes come to fruition after all.

As I look forward to the decade ahead, history gives me confidence, but the Holy Spirit gives me hope.

A version of this story appeared in the Feb 7-20, 2020 print issue under the headline: New year is a new chance for church renewal .