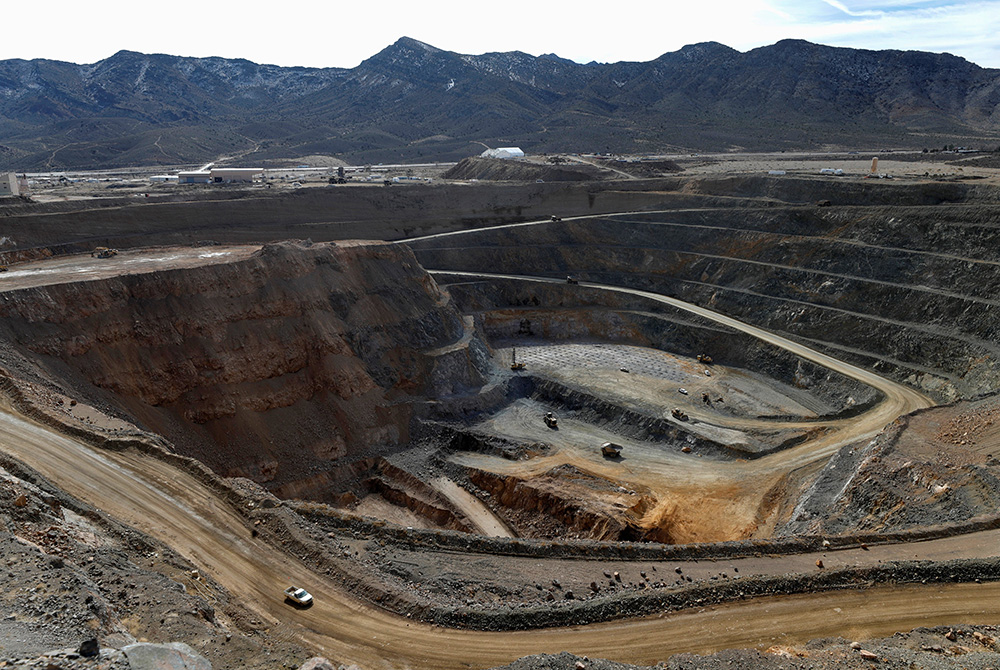 A rare earth open-pit mine is pictured Jan. 30, 2020, in Mountain Pass, California. The encyclical "Laudato Si', on Care for our Common Home" encourages "a new dialogue about how we are shaping the future of our planet." (CNS/Reuters/Steve Marcus)

This past Sunday's Gospel (Mark 8:27-35) is all about identity and the consequences of how we understand one another and ourselves. Jesus asks his followers to relay what people have been saying about him. Maybe unsure of what to make of his own divine calling, Jesus solicits feedback and turns to his closest friends to get their take: "But who do you say that I am?"

On the one hand, this query is a familiar one to all of us. Despite what neighbors, colleagues, strangers and even anonymous social media trolls might say, we know that what really matters is what those who know us best think about us. Indeed, what your community, friend circle, spouse or family say about you can reveal a lot.

Yet, on the other hand, this evangelical back-and-forth may seem strange to some of us because many Christians are used to thinking about Jesus' full divinity without considering the growth, development and fully human dimensions — like insecurity, personal doubt or fear — that he surely experienced too.

What I have always loved about the Markan account we heard proclaimed last weekend is the way in which Peter, representing all the disciples, seems to get it so right at first and then gets it so very wrong in the end.

In other words, Peter is correct to announce that Jesus is the Christ, but he immediately refuses to accept what that identity actually means. He refuses to listen to what God in Jesus Christ is revealing to him. And I believe that has a lot to do with what was triggered deep within Peter: He knew on some level that accepting the truth of what it means to be the Christ — that he "must suffer greatly and be rejected by the elders, the chief priests, and the scribes, and be killed, and rise after three days" — would have serious consequences for those who associated with and followed Jesus.

While preachers and Scripture commentators the world over have many wonderful things to say about this gospel exchange, I found myself reflecting this past weekend on a different question of identity and another kind of serious consequence that comes from whether or not one is willing to accept the true meaning of that identity.

What I was thinking about was the annual "Season of Creation" that we are currently celebrating (or should be celebrating), which runs from Sept. 1 through the feast of St. Francis of Assisi on Oct. 4. It is an international and ecumenical project that invites all Christians and people of goodwill to spend these weeks reflecting, praying, learning, celebrating and committing to action in response to global climate change and ecological degradation.

This year's "Season of Creation" precedes the important United Nations Climate Change Conference in Glasgow, Scotland, that is scheduled from Oct. 31 through Nov. 12, and that Pope Francis is planning to attend along with dozens of other world leaders. In anticipation of this event, the pope joined Ecumenical Patriarch Bartholomew and the Anglican Archbishop Justin Welby of Canterbury in issuing an ecumenical joint statement urging broad commitment in fighting the destruction of the planet.

Returning to Sunday's Gospel, I found myself reflecting on the question Jesus poses to his disciples about his own identity and imagined what God might ask us — Jesus' modern-day disciples — about our own identity and that of the rest of creation.

What or who do you say creation is? 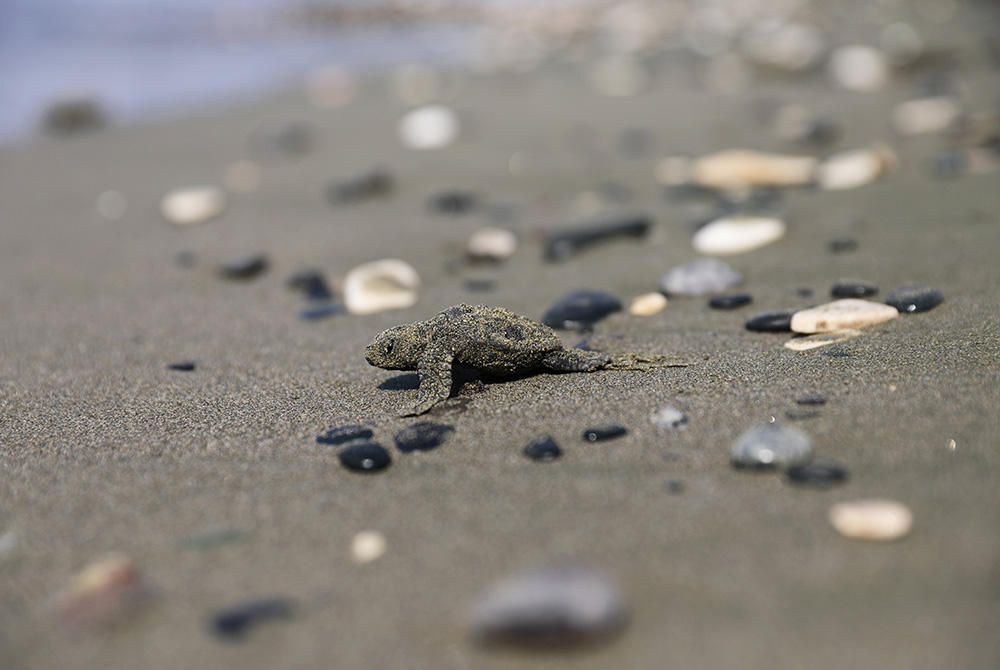 A newly hatched baby sea turtle makes its way into the Mediterranean Sea for the first time along a beach in Pervolia, Cyprus, Aug. 27, 2020. (CNS/Reuters/Yiannis Kourtoglou)

One of the major contributing factors to the ecological crisis we face today is the centuries-old denialism that has informed our thinking about what it means to be human and what it means to be other-than-human. Put bluntly: we human beings have thought of ourselves as apart from and above the rest of creation. For many of us, when we hear the words "creation" or "nature," we think of something outside ourselves, something that provides the background to our interests and activities.

But the scientific and theological truth is that we are creation too! Whether you look to Genesis 1 and recount that we are made alongside "all kinds of living creatures: cattle, creeping things, and wild animals of all kinds" (Genesis 1:24) or Genesis 2 and see that, like every other creature, we humans are also made "out of the clay of the ground" (Genesis 2:7), the central creation narratives include us human beings too. This is found throughout the Bible.

Natural science also confirms this fundamental truth, revealing that our physical composition is absolutely no different from that of other aspects of creation. We are made of the same elements (carbon, nitrogen, oxygen, etc.) and when we get down to the quantum level, our kinship with all the rest of God's creation becomes even more evident.

Taking Jesus' prompt to heart, I believe we have to interrogate what or who it is we understand "creation" to be. Sadly, our species is filled with naysayers like St. Peter, who have a very narrowly defined sense of what creation means. I would venture to guess that many well-meaning Christians, if asked, "But who do you say creation is?" would respond that it is basically anything outside the human context. It also seems to me that, like St. Peter, many of our sisters and brothers resist the true inclusivity of creation because they do not like the consequences.

The indisputable fact is that you and I are creation too.

The indisputable fact is that you and I are creation too. When we talk about "care for creation," we ought to think about responding to both human and nonhuman creation (that is, hearing the "cry of the earth and cry of the poor" that Pope Francis discusses in "Laudato Si', on Care for Our Common Home"). Additionally, we should recall that not only are we interrelated as members of God's family of creation, but also we are also inextricably interdependent. We rely on the rest of creation to care for and sustain us in ways that we simply cannot do on our own.

If we learn to rethink what it is we mean by creation to include ourselves as part of it, one consequence will be to recognize, as St. Francis did centuries ago, that we are truly siblings with all other creatures. This realization should prompt us to take to heart care for creation not only because it makes the future of our species more comfortable and secure, but also because we have a moral obligation arising from a kind of cosmic familial responsibility. Just as we are called to love and care for one another in our family units, so too we might begin to recognize God's call to care for one another in the family of creation.

This may seem to some like a naive or romantic view of the world, but as Scripture, theology and science affirm, this is the truest way to understand what it is when we talk about creation. During this "Season of Creation," may we take some time to reflect not only on nonhuman creation as something apart from us that needs our attention, but also the fact that our duty to care for creation arises from the fact that we are also part of creation.