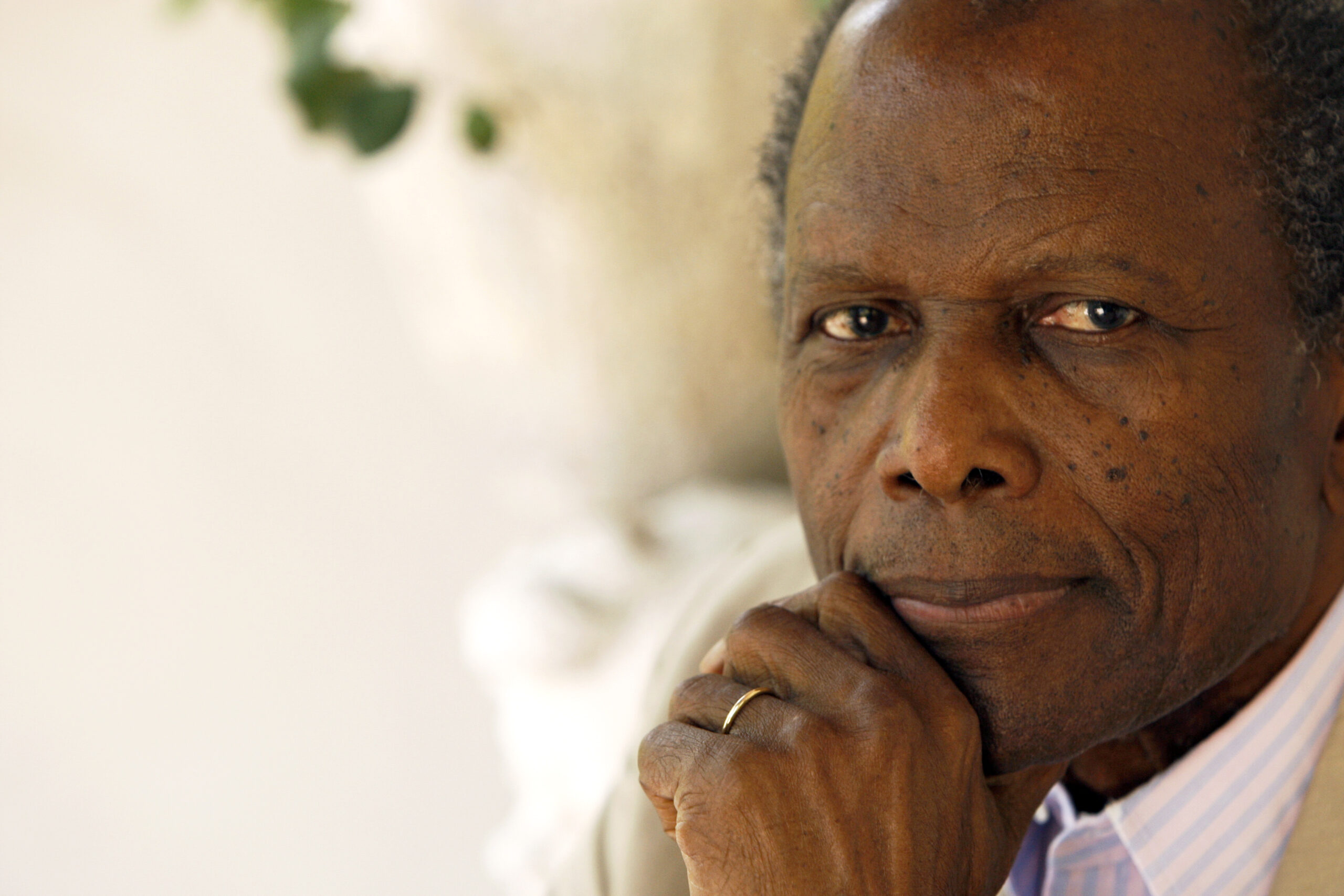 Actor Sidney Poitier poses for a portrait in Beverly Hills, California, on June 2, 2008. Poitier, the groundbreaking actor and enduring inspiration who transformed how Black people were portrayed on screen, became the first Black actor to win an Academy Award for best lead performance and the first to be a top box-office draw, died Jan. 6, 2022. He was 94. (AP Photo/Matt Sayles, File)

On the day Sidney Poitier died at age 94, the Rev. Kelly Brown Douglas, an African American theologian, wrote me about what a life-altering presence Poitier — actor, director, producer, writer, philanthropist and activist — had been for her. Douglas and I have talked onstage and off about Poitier's movies, and she has spoken of the effect on her as a child of the 1967 pioneering movie "Guess Who's Coming to Dinner," in which the "who" is Poitier's character, a Black man meeting his fiancee's white parents for the first time.

The power of that performance, Douglas has said, was how she recognized in it the smart, ambitious, courageous and beautiful Black men she knew.

For Black Americans used to being represented (and regarded) as inferior, Poitier offered a tangible corrective. Malcolm Lawrence said recently on Twitter that he and others saw themselves in Poitier's "capable, intelligent, strong, fully drawn human beings," and thanked God for that reflection.

Representation is a gift. So too is the example of a role model. When Oprah Winfrey interviewed Poitier in 2000, she talked of seeing him step out of a limousine at the 1964 Academy Awards. That image shaped her life: "I knew that because you had won the Oscar, I too could do something special — and I didn't even know what it was. … I thought, ‘If he can be that, I wonder what I can be.'"

These gifts Poitier gave Black Americans were and are real. But Poitier also shaped the lives of white audiences who swam in Jim Crow-era myths about white superiority and clear distinctions between the races. No thoughtful person could watch his depiction of Dr. John Prentice in "Guess Who's Coming to Dinner" or handyman Homer Smith in 1963's "Lilies of the Field" and think either character unintelligent, undisciplined or untrustworthy.

Theologian and pop culture scholar Dan Clanton Jr. told me about "seeing ‘Guess Who's Coming to Dinner' as a young man in Conway, Arkansas, and being struck that these strong Black characters were not all that different than me and my friends in their desires and dreams. That was a powerful and helpful corrective."

For Black Americans used to being represented (and regarded) as inferior, Poitier offered a tangible corrective.

Over and over again, Poitier portrayed characters who had the qualities the actor sought to cultivate in himself: intelligence, competence, dignity and strength. The citation for the Kennedy Center Honors described Poitier's characters as "men of control, men who tame volcanic rage with reason and intellect. Men who know that there are bridges to build, doors to open."

This did not mean that he and his characters accepted indignity without response. The most famous scene in Poitier's lengthy oeuvre may be in "In the Heat of the Night," when a Mississippi plantation owner slaps the face of his character, Detective Virgil Tibbs, who slaps him in return. The script originally called for Tibbs to simply take the blow, but Poitier insisted otherwise. Always conscious that he represented millions of people every time he acted, he could not allow his character to accept attacks on his humanity without a response.

Activists who criticized Poitier for not choosing characters filled with Black rage made the mistake of thinking that because he played calm and dignified, he was not deeply committed to justice and equality. But Poitier fought against racism and injustice off-screen as well.

He marched with Martin Luther King Jr. He and his best friend, Harry Belafonte, raised and personally couriered $70,000 into strife-torn Mississippi to support the Student Nonviolent Coordinating Committee's voter registration efforts during the Freedom Summer of 1964. On that trip, they were chased, threatened and physically attacked by the Ku Klux Klan. New York Times columnist Charles M. Blow writes that Poitier and Belafonte were "the exemplars of the artist-as-activist model, both risking not only their careers but their lives, at the height of their celebrity, for the cause of civil rights."

Though raised Catholic, in later life Poitier seems to have come to a sort of agnostic deism.

Though raised Catholic, in later life Poitier seems to have come to a sort of agnostic deism. If there is a God, he wrote in "Life Beyond Measure: Letters to My Great-Granddaughter," published in 2008, that deity does not seem to be concerned with the daily workings of the universe. But, he said, if there is a God, "It is not a God for one culture, or one religion, or one planet."

Poitier seems not to have cared about an afterlife (in his interview with Winfrey, he anticipated death with growing grace and acceptance), but he cared very much about this one.

The lives he embodied demonstrated strength, intelligence, dignity and the sacred possibility of connection. Virgil Tibbs could develop a friendship with a bigoted white sheriff, and teacher Mark Thackaray in "To Sir, With Love" could advocate for the humanity of his inner-city students  because — although Poitier would not have said so in such theological language — he could recognize in them fellow children of God, just as his very human presence allowed them to make that same connection.

On meeting Poitier, Blow wrote that "I could see in Poitier what a life well lived looked like on a man, how you could grow old with grace and kindness or grow into them, and how elegance and sophistication are timeless and eternal. He was the epitome of Black dignity, Black beauty, Black pride and Black power."

In the title song from "To Sir, With Love," Lulu sings about "A friend who taught me right from wrong, and weak from strong. That's a lot to learn."

We are all still learning, but Sir Sidney Poitier was a gift to all of us during his life well lived, and he remains a gift even after his departure. May we all grow old with such grace and kindness.