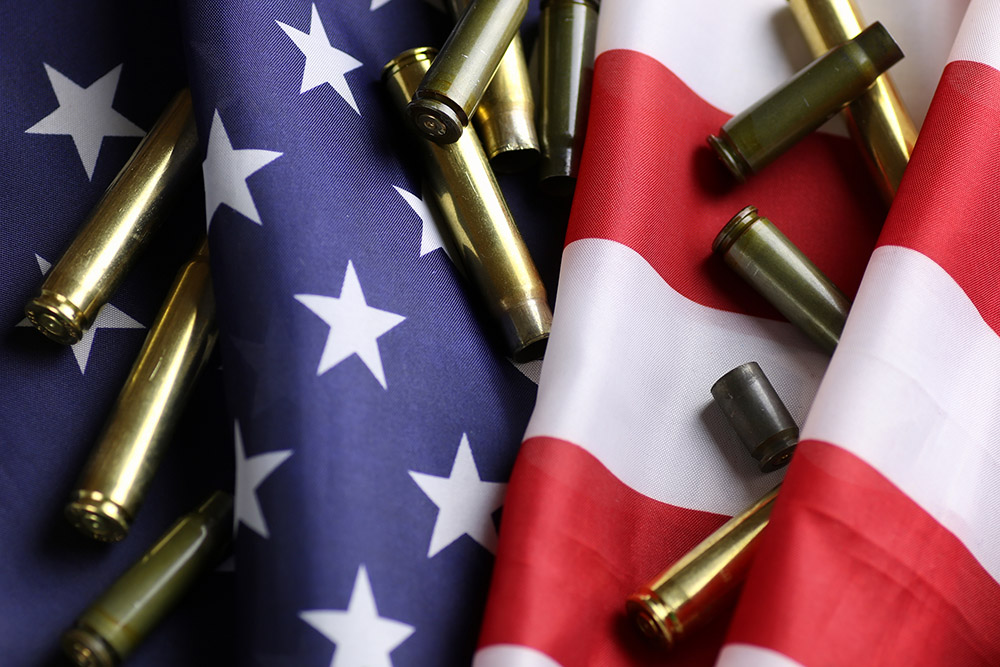 A bipartisan group of U.S. senators are trying to find common ground on background checks for gun purchasers. This common-sense measure, supported by 88% of the electorate, failed to pass after the Sandy Hook massacre 10 years ago, and it likely would not have prevented the massacre in Uvalde, Texas, but at least it would be something.

"We need to show Republicans that they can strengthen the background check system in a meaningful way and get politically rewarded for it," Connecticut Sen. Chris Murphy, a Democrat, told The New York Times. "That's why I'm willing to look at things that might be less than what I would like."

President Joe Biden has called on Congress to reconsider an assault weapons ban like the one that was implemented in 1994 but allowed to lapse in 2004. FactCheck.org argues that the evidence is mixed about the effectiveness of such a ban, but the operative fact is that a ban on the sale of weapons takes time for its effectiveness to become clear, but that effectiveness is cumulative. As that organization noted in 2013:

Ultimately, the research concluded that it was "premature to make definitive assessments of the ban's impact on gun crime," largely because the law's grandfathering of millions of pre-ban assault weapons and large-capacity magazines "ensured that the effects of the law would occur only gradually" and were "still unfolding" when the ban expired in 2004.

Coupled with an aggressive buy-back provision, the effects might be felt sooner. A Republican member of Congress, Chris Jacobs of Buffalo, New York, has indicated his willingness to consider an assault weapons ban. It is a start.

The Washington Post interviewed a former schoolteacher who said he dismissed talk about gun control in years past, thinking it was "nothing more than politically driven finger-pointing that would do little to stop the violence while infringing on his rights as a gun owner."

But then he was looking at a photo of one of the children gunned down in the Uvalde school. "He looked like my grandson. I mean, they could have been twins. They have the same face," the man told the Post. "It just stirred something in me."

The man later turned in his AR-15 to the police. "I'm a gun advocate. I believe in the Second Amendment. But this AR, after what I saw in Uvalde, I'm done with it," he said.

It is difficult to maintain the hope that there will be more such people, people for whom enough is enough, that this time will be different. On this issue, more than the others, every time you get your hopes up, you end up feeling like Charlie Brown trying to kick the football — flat on your back, hopes dashed. Only instead of Lucy holding the football and sneering at you, it is the National Rifle Association sneering at us and our collective inability to bring moral sanity to bear on our public life.

What should be the stance of the Catholic Church at this moment of national reckoning?

The ferocity of a tweet by the preternaturally calm Bishop Daniel Flores of Brownsville, Texas points the way for the church.

"Don't tell me that guns aren't the problem, people are," the bishop tweeted, contradicting a frequent talking point of gun rights advocates. "I'm sick of hearing it. The darkness first takes our children who then kill our children, using the guns that are easier to obtain than aspirin. We sacralize death's instruments and then are surprised that death uses them."

The jeremiad is the most abused form of discourse in American public life today, as Boston College theologian and law professor Cathleen Kaveny demonstrated in her book Prophecy Without Contempt (which I reviewed here and here). When people normally claim to be speaking in, or call for others to speak in, a "prophetic voice," I cringe. The phrase has become a cliché, like "speaking truth to power," and it usually is applied to something that has nothing to do with prophecy.

The late Cardinal Francis George, in his second doctoral dissertation, on inculturation of the Gospel, wrote about the cheapening of prophetic discourse:

Americans, especially missionaries, who break out of this cultural conditioning and begin to see their native country through the eyes of a truly different people sometimes turn American moralism on America itself. If the United States is not to be a beacon, the universally inclusive "city on hill," then it must be a sinkhole, the evil source of global exploitation. Sometimes this judgment is religiously justified as a prophetic stance. Sometimes, in more sociological terms, disillusion calls itself countercultural. Criticisms of institutions and social structures is not, however, countercultural in an anti-authoritarian society such as that of the United States, a country where the mass media lionize dissent. Nor is every social criticism prophetic. The Hebrew prophets, critical though they were, never told their people that they should renounce their past and cease to be Israelites. Rather, the prophets pointed to God and called their people back to their original covenant, to the best in themselves and their history. Modern alienation is not a biblical virtue.

Those words have always resonated with me.

Flores actually was calling the Christian people of this country "back to their original covenant" and identifying a true cause for a jeremiad, that most ancient of sins: idolatry. And it fits. Fits like a glove. Americans do not fetishize their guns; they idolize them.

In the beautiful hymn "Sing Praise to God, Who Reigns Above," which we normally sing to the tune "Mit Freuden Zart," we sing in the fourth verse:

Cast each false idol from its throne,
for Christ is Lord, and Christ alone:
To God all praise and glory.

Let those be the words of the Catholic anti-gun campaign! It is the argument for gun control that the Catholic Church is uniquely placed to make: Americans idolize their guns and that offends God. And, given the fact that the church's defense of human life has been so overwhelmingly affiliated with abortion, demonstrating a similar concern to stop the epidemic of gun violence that is killing too many children might be uniquely powerful.

This kind of prophetic indictment, normally so stale and predictable, is not so stale, and not so predictable, if coming from the U.S. bishops.