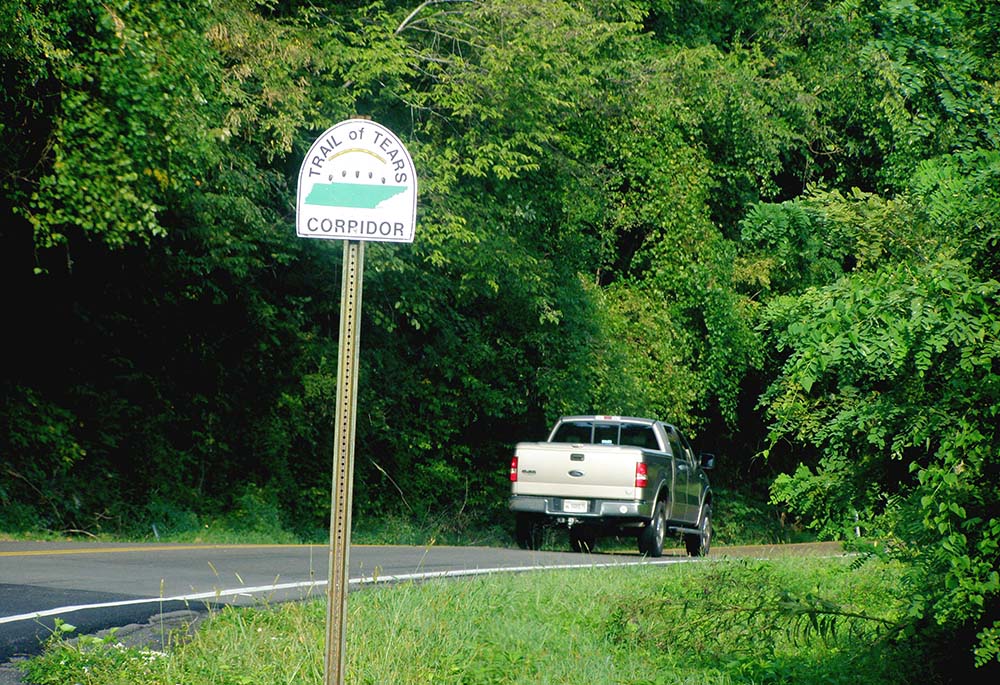 A truck passes a sign marking the Trail of Tears on U.S. Route 41 in Tennessee in 2010. (Wikimedia Commons/Chris Light)

Hundreds upon hundreds of unmarked graves were discovered at formerly Catholic Indigenous boarding schools in Canada. And many of us, U.S. and Canadian Catholics alike, are hoping to see Pope Francis apologize for this soon.

When I first read this disheartening news, however, I was also reminded of a related, wider discussion encountered in my recent reading regarding "settler colonialism."

I suppose we all know what colonialism is: control by one people or power over other people or areas, establishing colonies. This was done generally with the aim of economic dominance, carried out big time by European empires since the 15th century. And more recently, we've been hearing about "postcolonialism": how colonized nations have been expelling their colonizers since World War II.

I began asking this question after the term appeared in Aviva Chomsky's Central America's Forgotten History and Ten Myths about Israel by the Jewish Israeli scholar and dissident Ilan Pappe. 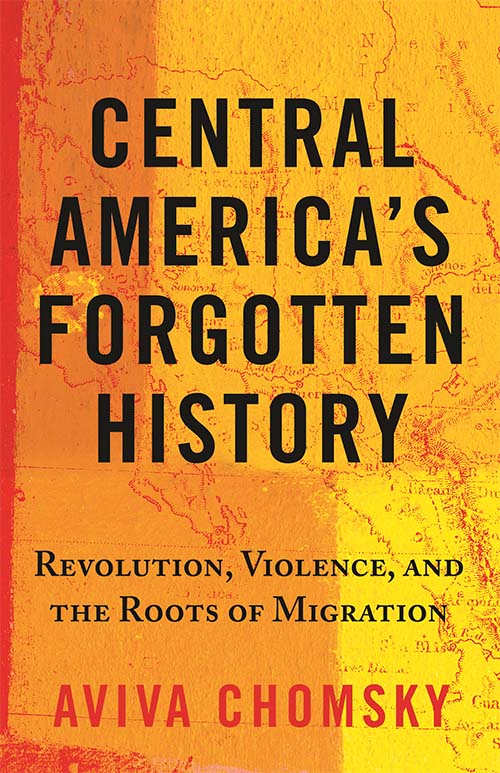 In her detailed examination of the roots of the current migration crisis on the southern U.S. border, Chomsky distinguishes between colonialism per se and "settler" colonialism. The Spanish colonizers of the Americas, who preceded the English, encountered densely populated Indigenous empires in Central America. The Spaniards focused on dominating these empires because they possessed well-developed systems for extracting resources and labor, though the Spaniards and the Indigenous imperial powers themselves did often enslave poorer Indigenous people to extract those resources.

The English colonizers, however, encountered much smaller populations in the north, already decimated by European diseases, and so spread out that they were harder to control. Rather than ruling the people they colonized, then, the English set out to eliminate them, and replace them with a white European population. Hence the forcing of the Indigenous off their lands, the massacres of tribes and the later efforts to force the total assimilation of Indigenous people through mission schools and the elimination of native languages. Even now, the massive poverty on tribal lands implicitly continues this extermination policy.

In his 2016 book, Traces of History: Elementary Structures of Race, Australian historian Patrick Wolfe lays out the racial implications of this distinction between colonialism and settler colonialism. The role that settler colonialism assigned to Indigenous people, Wolfe argues, is to disappear. By contrast, Black Americans were primarily colonized for their labor rather than for their land and thus did not need to be "disappeared," at least as long as slavery persisted.

And unlike Indians, Black Americans have not been routinely stereotyped as a dying race. Such a racialized distinction functions to justify different kinds of expropriation, of labor in one case and of land in another. With this expropriation in mind, whites in power targeted Indigenous blood for absorption — assimilation — into white stock but have sharply distinguished people who have "one drop" of Black blood from whites.

Ilan Pappe's Ten Myths about Israel explores the practice of settler colonialism in Israel. Pappe strongly opposes Israeli Jewish Zionism and right-wing Israeli politics. He is also an Israeli Jew with a doctorate in history from Oxford and the author of a number of books on the histories of Israel and Palestine. 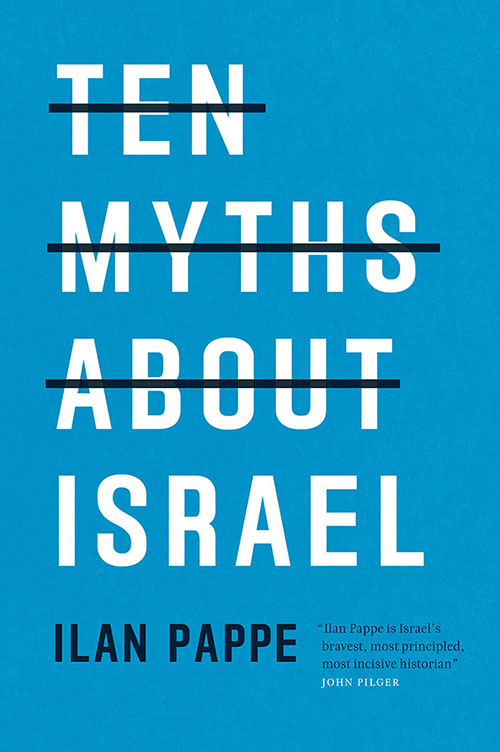 Pappe traces the roots of settler colonialism back to German Protestant Pietists, who believed that their settling themselves in Palestine would precipitate the second coming of Jesus. They established a colony in Haifa in 1866 and remained until the new Jewish state expelled them in 1948. Early Jewish settlers emulated their methods, planting themselves primarily in Palestinian towns.

Then, in 1917, the British issued the Balfour Declaration, promising full support for the creation of a Jewish homeland in Palestine. They did so at least in part out of the conviction that after they had occupied the territory, a Jewish state would advance their strategic interests more than a Palestinian state.

Pappe details the differences between classic colonialism and settler colonialism. Settler colonizers almost always separate themselves from the empire that sent them — like the English in North America — and establish themselves as a "liberated nation." The problem with this is that the homeland they claim was already inhabited by other people who had, therefore, to be eliminated.

In order to justify doing this, the settlers invoked "the logic of elimination" to rationalize genocide, ethnic cleansing or the denial of human rights. And underpinning this was a "logic of dehumanization": Savages had to be rendered invisible.

As a result of these logics, whole civilizations were removed by settler colonialist movements, in Israel, but also in Australia, New Zealand and elsewhere.

And this includes the United States, a nation that engaged in some of the most extensive settler colonialism in history. While the importation of smallpox and other diseases by the Spanish as well as the later English colonizers probably wiped out more of the Indigenous populations of the Americas than any subsequent political actions did, actions by English settlers only added to the massive population decline.

Well before the tea tax, George Washington sent men to appropriate land west of the Appalachian Mountains. He did this in defiance of King George III, who had awarded that territory to the Indigenous tribes for fighting with the British in the French and Indian War (1754-63).

By the presidency of James Monroe, the United States had had Native Americans cleared from all states north of the Ohio River.

And in 1830, President Andrew Jackson convinced Congress to pass the Indian Removal Act, forcing all Indigenous people to leave what was then the United States and settle in territory west of the Mississippi. Approximately 4,000 Cherokees alone died on this forced march, aptly called the "Trail of Tears." And the U.S. victory in the Mexican American War in 1848 enabled the U.S. government to drive Native Americans onto smaller and smaller reservations on formerly Mexican territory.

At a time when statues of Confederate generals and slave owners are being regularly overturned, perhaps the founder of settler colonialism in the U.S., George Washington, deserves the same treatment. Or perhaps the nation's capital should be renamed after the Indigenous chief of the tribe on whose territory the U.S. capital is now located. And in response to Joe Biden mentioning the "Armenian genocide," perhaps Recep Tayyip Erdoğan should say, "Well what about the Native American genocide?"

We Catholics, in the United States and Canada alike, have a great deal to repent of regarding the deaths of Indigenous children in Catholic-run boarding schools. But citizens across the U.S. and in many other formerly imperial settler colonial nations have as much or more to repent of.