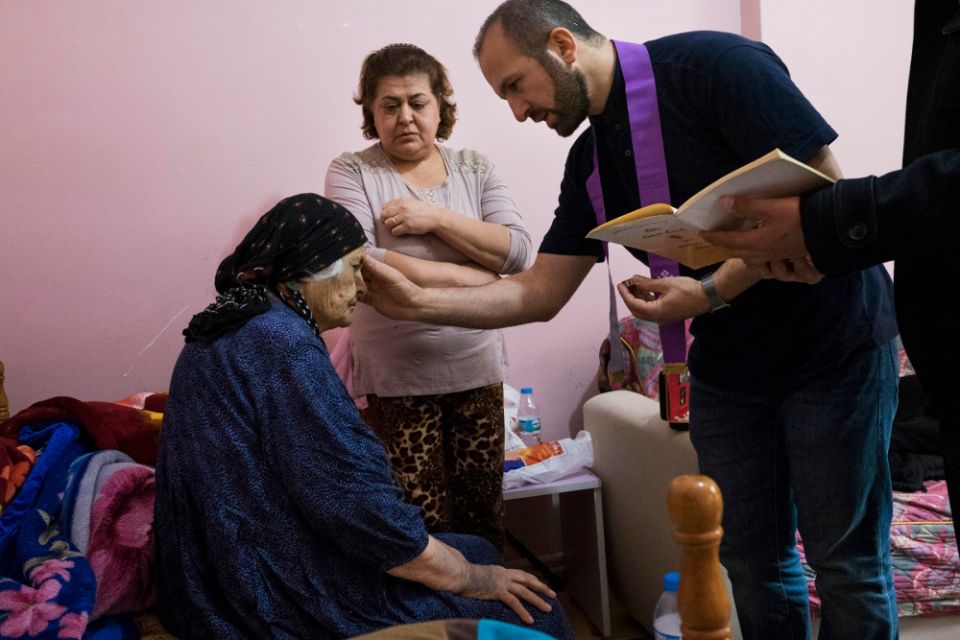 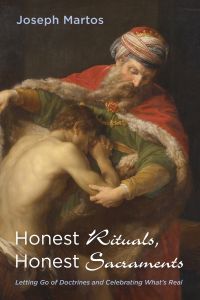 A woman is denied marriage in the church because she can't secure the annulment of her previous marriage to a mentally ill husband who has disappeared. A Catholic grandmother believes her Buddhist granddaughter is going to hell because the seal of her earlier baptism is eternal. The seriously ill and dying in a local hospital are denied the sacrament of anointing of the sick because the Catholic chaplain is a woman and no priests are available.

As Joseph Martos, theologian of the sacraments, explains, these are common experiences in today's Catholic Church. But why do such sacramental barriers exist half a century after the church "entered the modern world" at Vatican II? In Honest Rituals, Honest Sacraments: Letting Go of Doctrines and Celebrating What's Real, Martos takes us back through church history, from the first Christian communities through the Middle Ages to today to lay bare the roots of such problems and propose a contemporary solution.

For Martos, the rituals celebrated by the early Christians were grounded in the actual experiences of the members of the community — conversion, caring and commitment to the ethical values of Jesus. The writers of the Epistles and Gospels used metaphors to represent these experiences: baptism, the forgiveness of sins, the presence of Christ in the weekly meal. After the Christianization of the Roman Empire, however, differences between Christian groups threatened imperial unity, so Constantine ordered the bishops to call the Council of Nicaea. The Nicene Creed, fashioned there to implement that unity, included almost no references to the ethical teachings of Jesus that underpinned early Christian rituals. Metaphors of lived experience became metaphysical realities in which to believe. And in the Middle Ages, "schoolmen" in the monasteries drew upon this metaphysical theology to explain the sacraments. The sacraments, according to them, worked automatically.

This, to all intents and purposes, is what the Catholic Church teaches about sacraments today. The various sacraments imprint indelible marks — supernatural gifts — on the soul of the passive recipient; and in the Eucharist, the bread and wine actually become new substances, the body and blood of Jesus Christ.

Given that centuries have passed since the schoolmen fashioned this interpretation of the sacraments, it is time for the church, Martos argues, to reimagine and redesign the sacraments so that they once again express the genuine spiritual experiences of the Christian community.

Some examples: We should celebrate the sacrament of ordination not as the according of miraculous powers to an individual but as the communal recognition of those who have the skills needed for ministry — preaching, administration, counseling, governance — skills that are not limited by gender or sexual orientation. Marriage becomes the celebration of the spiritual reality at the heart of a mutually supportive, agape-type relationship, not a purity-based commitment to procreation. Reconciliation should mean reaching out into the community to bring alienated groups and individuals together, not an individualist ritual of forgiveness for having broken some rules. The anointing of the sick, Martos believes, is already an "honest ritual" because the forms have expanded from a ritual exclusively for the dying to a variety of ceremonies, in hospitals and nursing homes, at healing Masses in parishes (though the exclusion of women celebrants continues to be a problem). And the Eucharist should become the celebration and affirmation of what brings people together in a particular community around the vision and values of Jesus. Local church communities, under the leadership of local bishops, should implement these changes.

The depth of the knowledge Martos draws upon to make his argument for a new, more honest sacramental theology is breathtaking. I found his examination of translations, and even of the use of capital letters, in the gradual divinizing of the Holy Spirit, for example, fascinating and convincing. His exploration of the work of the Middles Ages schoolmen is quite absorbing. His use of contemporary philosophy and ritual studies greatly enhanced my understanding of the sacraments. By the book's end, it is difficult to dispute the basic argument Martos makes, that the current theology of the sacraments needs serious updating, even reconstruction.

I find it ironic, however, that what seems to be the foundation of Matos'scritique of contemporary Catholic sacramental thinking is the clear, even absolute, distinction between metaphysics and experience. For isn't the implementation of such a binary itself a form of metaphysical thinking? Consider the book's subtitle: Letting Go of Doctrine and Celebrating What is Real. Doctrine is fake and experienced-based rituals are real, we are led to believe. But what about Catholic communities for whom reality is intimately connected with doctrine? What about Catholic communities in Africa for whom the real presence of Christ in the Eucharist is an essential part of their experience, even as it also includes the practice of justice and caring that characterized the early church? Does calling such belief "magical thinking" qualify as caring?

Martos does acknowledge that some "dishonest rituals," based in belief and not experience, are unintentional. But too often, his discourse is dismissive of religious views that are also a part of contemporary reality. In my experience, Christians, including theologians, need to find less disdainful ways of engaging these differences.

[Marian Ronan is research professor of Catholic Studies at New York Theological Seminary in Manhattan. In 1981, with Eleanor Walker and Linda Clark, she co-authored Image Breaking, Image Building, the first book to be published on the subject of ecumenical Christian feminist worship.]

This story appeared in the March 8-21, 2019 print issue under the headline: 'Honest Rituals' argues for sacrament update .

Christianity without liturgy is absent of Christ, pope says