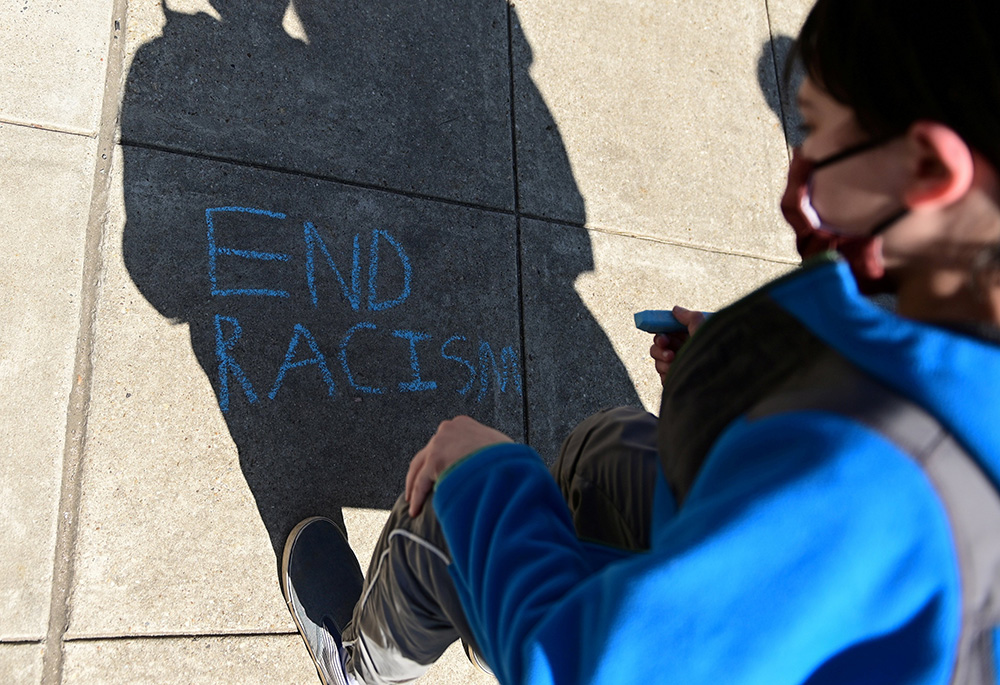 Lent is a time to draw near to the Lord, who is rich in mercy and seeks to heal us of the wounds of sin and division.

A sin that continues to wound and divide our church and society is racism.

Last year, I posted on Twitter a recommendation for Catholics to give up racism for Lent. Unsurprisingly, numerous people responded combatively and defensively.

Thankfully however, for many Catholics, the killing of George Floyd and the racial injustice protests thereafter prompted a call to reflect on how to respond to the sin of racism — both in terms of how we unconsciously promote racism, as well as what actions we need to take to remove the societal prevalence of inequality.

Ibram X. Kendi's How to Be an Antiracist is a breakthrough resource in learning that the response to racism is not simply to not be a racist, but to be anti-racist — to actively promote policies and practices that lead to equity, and oppose those that propagate inequity.

In 2021 contributor Matt Kappadakunnel posted on Twitter a recommendation for Catholics to give up racism for Lent. (Twitter)

While reading this book, I became aware of how I had historically been a bystander while Black, brown, Asian American and Pacific Islander people were vilified both in my midst and in society. Because I failed to see myself as "one of them" (and protectively not seeing my own brownness), I, in hindsight, lacked compassion and awareness of the plight of my racially marginalized brothers and sisters. 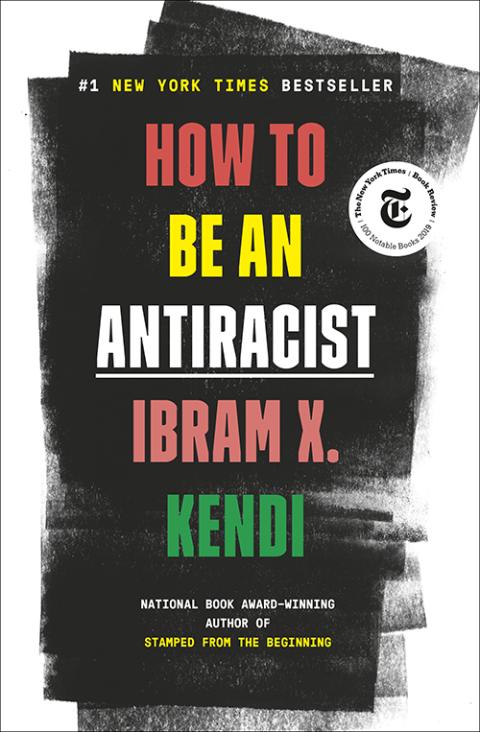 Book cover to "How to Be an Antiracist" by Ibram X. Kendi

But Kendi's book alone did not lead me to metanoia. Rather, my experience of Ignatian spirituality, namely the Spiritual Exercises and the Examen, allowed me to prayerfully read How to Be an Antiracist and notice the Spirit speaking to me through the movements in my heart. My eyes became opened to my lack of solidarity and I realized my need to name the times I too have experienced racial injustice, as well as the occasions I joined in on racial slurs and jokes, promoting harmful, inequitable beliefs.

In and around these movements in my heart, I experienced God calling me in 2020 to no longer be a bystander, but to stand with and for those who experience racial oppression. I heard this as an unequivocal, Gospel call from Christ, who everyday reminds me to ask myself:

I am not alone in this particular call from God. Rather, our faith calls us to go forth from ourselves and to accompany those who are in need. And those who experience racism are in need of justice.

Many of us have witnessed in our parishes and on social media those who push back on the notion of being anti-racist, dismissively labeling it as being "secular" and "leftist." Others accept the notion of the personal sin of racism, but take issue with Kendi's emphasis on structural inequity.

What these Catholics are missing is an experience of metanoia in terms of the sin of racism. By seeing through the eyes of the Trinity how the heart of God suffers with those who experience racial oppression, their eyes, like mine, can be opened anew. This would enable anti-antiracist Catholics to open their hearts to the call of Christ to love and defend the racially marginalized.

This Lent, Catholics should read and examine Kendi's own metanoia with regard to the sin of racism, and connect his reflection with the Spiritual Exercises and the Ignatian Examen. 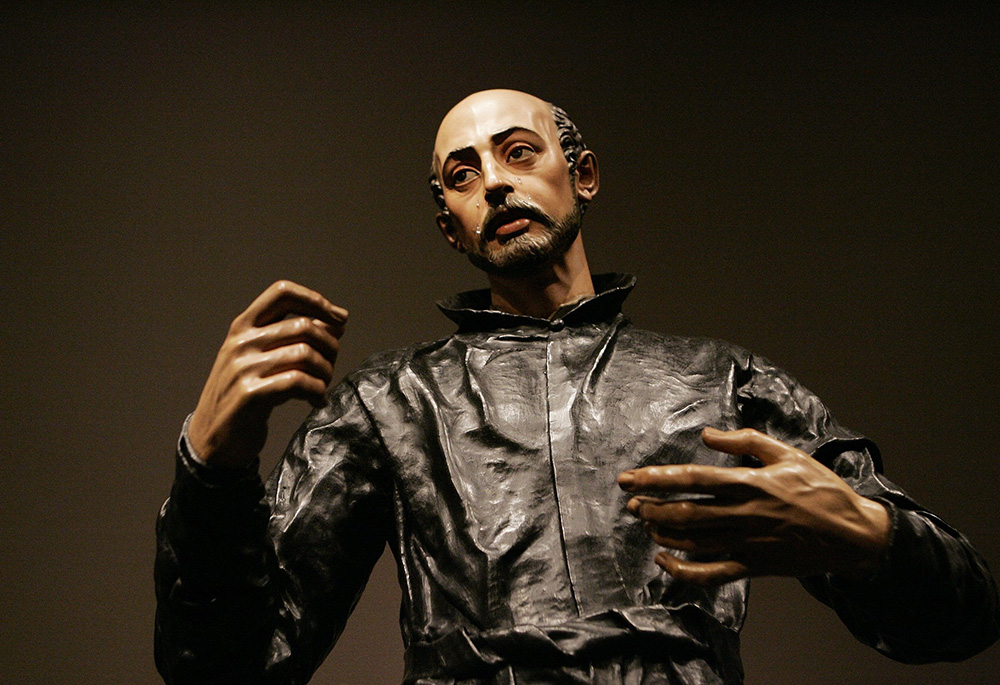 The upper portion of the sculpture "Saint Ignatius Loyola," by Juan Martínez Montañés and Francisco Pacheco, is seen in the exhibit "The Sacred Made Real" at the National Gallery of Art Feb. 24, 2010, in Washington. (CNS/Nancy Wiechec)

In his introduction to How to Be an Antiracist, Kendi vulnerably shares how he once bought into racism. He writes: "I used to be racist most of the time. I am changing. I am no longer identifying with racists by claiming to be 'not racist.' I am no longer speaking through the mask of racial neutrality." Kendi writes to his audience not as a blameless expert, but as one who has also been deceived by a societal upbringing that promotes inequity. He writes:

It is hard for me to believe I finished high school in the year 2000 touting so many racist ideas … I was a dupe, a chump who saw the ongoing struggles of Black people on MLK Day 2000 and decided that Black people themselves were the problem. This is the consistent function of racist ideas — and of any kind of bigotry more broadly: to manipulate us into seeing people as the problem, instead of the policies that ensnare them.

Reading Kendi's remembrance of when he thought and acted in a racist manner reminded me of the Meditation on Sin in the Spiritual Exercises. In this exercise, we consider how we have fallen in the past and our need for God's mercy. Recognizing the instances when we have committed wrongdoing, and desiring to do the opposite, are the first steps toward conversion and growth in following Christ.

The racist beliefs and attitudes that Kendi noticed in himself had been internalized through societal influences, which form implicit or unconscious biases.

The Ignatian Examen is an excellent way to unmask unconscious biases. In this prayer, we reflect on our interactions and interior movements throughout the day and discern which beliefs and actions reflected God's tender love and which opposed this love.

We can also pray the Particular Examen, focusing on a specific sin such as racism.

By reflecting on our day — how we loved God and neighbor in this area and how we missed the opportunity to do so — we can become aware of any racist beliefs and tendencies we may have and seek God's forgiveness.

In the Examen, we can ask God for the grace to think and act in ways that promote equity and human dignity. In conjunction with this, we can pray for the virtue to combat the vice of racism.

Additionally through the Examen, we can reflect on how we can put anti-racism into practice, asking questions like:

Thus, during Lent let us counter the sin of racism by engaging in the Catholic call to be anti-racists, which includes discerning and repenting of racist beliefs and actions, as well as promoting policies that foster equity while working to dismantle laws and practices that enable inequity. By utilizing the spirituality of St. Ignatius, including the Spiritual Exercises and the Examen, we can bridge our faith and Kendi's work, thereby becoming Ignatian anti-racists.

Related: Editorial: This Advent, our church must commit itself to anti-racism work