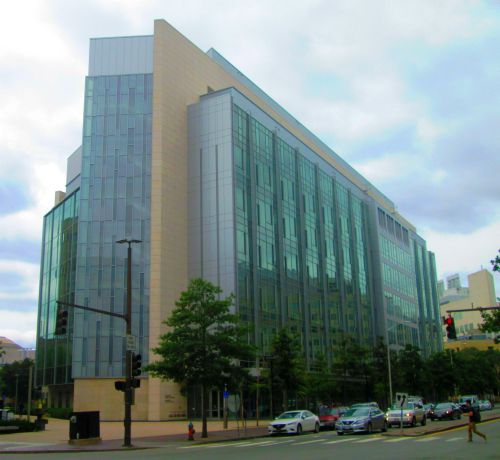 The David H. Koch Institute for Integrative Cancer Research, or MIT Building 76, is pictured in August 2017 at the Massachusetts Institute of Technology, Cambridge, Massachusetts. (Wikimedia Commons/Beyond My Ken)

In 1980, American politics witnessed a candidate for national office who took visionary stands that should have had the hearts of progressives gratefully beating as rarely before. A sampling of the candidate's proposed reforms:

Which candidate was behind all that nearly 40 years ago? President Jimmy Carter? No. Sen. Ted Kennedy? No. Gov. Jerry Brown? Sen. Edmund Muskie? Gus Hall of the Communist Party of the United States of America? Barry Commoner of the Citizens Party?

No to all of them. It was David H. Koch, the vice-presidential running mate of Ed Clark on the Libertarian ticket, which earned 1.1 percent of the popular vote. Instead of a President Koch, the nation put into office the fog-headed Ronald Reagan, a one-time screen actor in forgettable films. With right-wing ideologues as his White House advisers, his military spending soared to new heights — $1.6 trillion over five years by one estimate, or $34 million an hour, by another. His disdain for poverty programs like legal service aid and the Food Stamp Program matched his contempt for labor unions, as when he fired 11,000 striking air traffic controllers in 1981.

At his death at 79 in late August, David Koch was scantly remembered for embracing policies that were part of the political gospel of the American left. Instead, critics remembered him as a conniving and greed-driven billionaire who, with his twin brother Charles, schemed to twin their wealth with stealth to move the Republican Party further to the right.

Trouble is, the brothers were Libertarians, not Republicans, and a different breed altogether that kept them from being seduced by the serial lies and hatefulness of Donald Trump to whom they donated not a nickel in 2016. In July last year, Trump, the ever addicted counter-puncher, called the brothers "a total joke in real Republican circles" and having a political network that was "highly overrated. I have beaten them at every turn."

Demonizing the Koch brothers reached a fever pitch in 2014 when Sen. Harry Reid blasted them by name 134 times on the Senate floor, including: "It's time that the American people spoke out against this terrible dishonesty of these two brothers who are about as un-American as anyone I can imagine."

It's a rare campaign speech in which Vermont Sen. Bernie Sanders doesn't shout out: "Our great nation can no longer be hijacked by rightwing billionaires like the Koch brothers."

What rankles Reid, Sanders and other nattering Democrats is how Koch Industries, the Wichita-based multinational corporation with a workforce of 130,000 in 60 countries and annual revenues of $110 billion, lavished money on rightwing candidates — as if members of the Senate past and current, like Robert Dole, Sam Brownback, Mitch McConnell, Mitt Romney and Joni Ernst, and such groups as Heritage Foundation, the Reason Foundation and Cato Institute are threats to the nation. Sorry, I'm not buying that one. 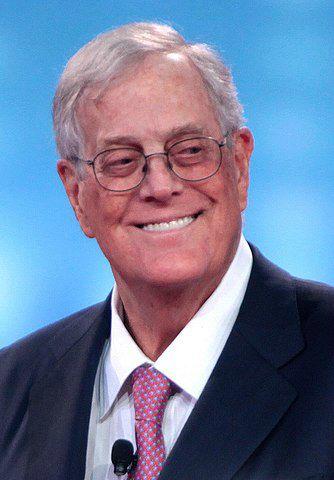 I've long admired the Koch brothers for their decadeslong support of causes and non-profits that I also see as worthy. Let's start with their opposition to American militarism. It was such pseudo-liberals as Sens. Joe Biden, John Kerry and Hillary Clinton who favored the invasion of Iraq in 2003, not David Koch, in what has become a shameless, endless war.

I've looked on David Koch as a kindhearted and caring citizen well aware of his obligations to share his wealth, said to be about $40 billion. In 1991, he came close to dying in an airplane crash in Los Angeles that killed 33 fellow passengers. "This may sound odd," he told a reporter for New York Magazine, "but I felt this experience was very spiritual. That I was saved when all those others died, I felt that the good Lord spared my life for a purpose. And since then, I've been busy doing all the good works I can think of."

His generosity saw the flow of billions in grants to non-profits in education, medical research, the arts and criminal justice reforms. He gave a total of $134 million to establish a cancer research institute at the Massachusetts Institute for Technology, from which he graduated. At a meeting once with professors and science researchers, it was asked what is needed to enhance the worksite. Mothers in the group answered: child care. Touched — "I got a tear in my eye" Koch said of the moment — it led him to donate $20 million to double the school's capacity for on-site child care.

As he did in 1980 in supporting prison reform efforts, Koch remained consistent on the issue. Much of it came about through the work of Mark Holden, who has worked in prisons and later became the general counsel of Koch Industries. In December 2018, he told an interviewer on NPR's "All Things Considered" that "the whole criminal justice system needs to be revamped from beginning to end. … In a lot of ways, it's really a poverty trap, and it disproportionately impacts people of color." That was when, with the support of the Koch brothers, The Formerly Incarcerated Reenter Society Transformed Safely Transitioning Every Person Act — the First Step Act — was signed into law. 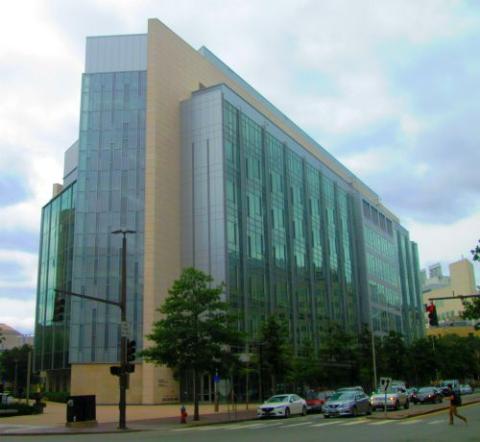 The David H. Koch Institute for Integrative Cancer Research, or MIT Building 76, is pictured in August 2017 at the Massachusetts Institute of Technology, Cambridge, Massachusetts. (Wikimedia Commons/Beyond My Ken)

Sanders hailing the Koch brothers can mean only that hell has finally frozen over. The ice was already thickening when, in July 2018, Sanders said: "Let me thank the Koch brothers, of all people, for sponsoring a study that shows that Medicare for all could save the American people $2 trillion over a 10-year period."

Aside from the Koch's donating to Republican politicians, a major rankle of the hate-Koch hordes is that the brothers' $110 billion industries, which market everything from textiles and processed crude oil to toilet paper and Dixie cups, are privately, not publicly, owned: They are secretive, therefore most likely dishonest, they say. How much can that really matter to the 130,000 workers getting paychecks from the Kochs?

The brothers' companies have made mistakes they were fined for and sought to rectify. Yet more than a few liberals' knees continue to jerk wildly at the mention of their names. A recent flail was in an August piece in The Nation headlined "Even David Koch's Philanthropy Was Toxic" and sub-headed with "Like other plutocrats from Andrew Carnegie to Jeff Bezos, the late billionaire used charity to legitimize inequality." It's one thing to go after David Koch for supporting pols and their voting records on deregulating environmental edicts or opposing climate change, but it's something else to accuse him, as The Nation article does, of using benevolence "a substitute for and a means of avoiding the necessity of a more just and equitable system and a fairer distribution of power."

Can't buy that one either.

This story has been updated to correct the headline.