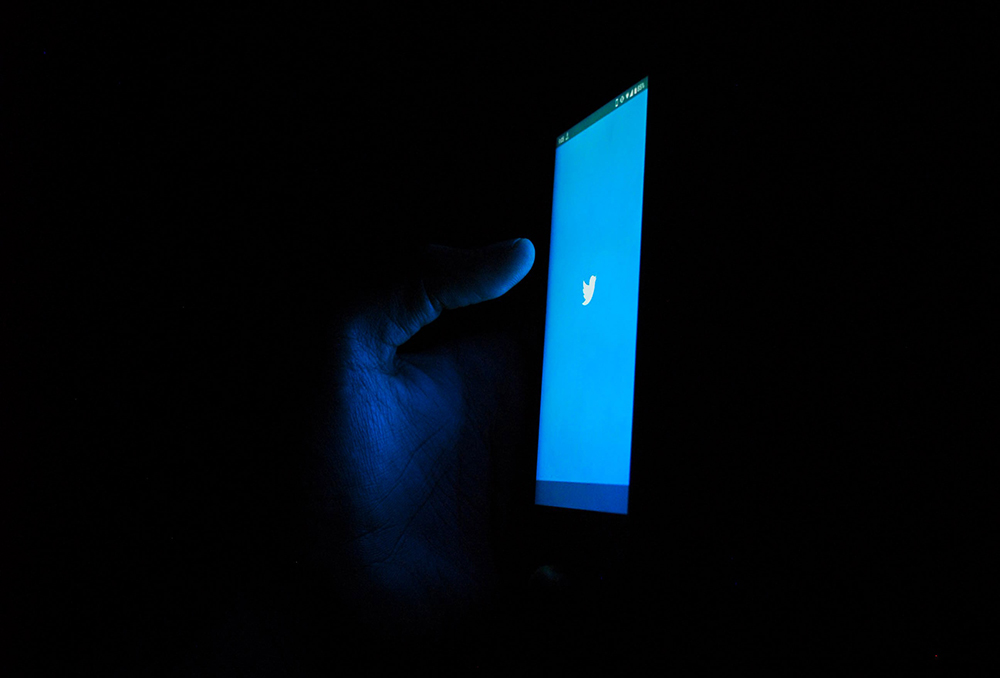 For several years, I have seen announcements appear in my social media feeds from people deciding to "give up" the digital platforms for Lent. While I had nothing against that decision by others in years past, it never appealed to me as a Lenten practice, until this year.

I still don't know exactly what led me to the clarity of thought back in February that it would be a good idea to sign off of Twitter and Facebook, but once the idea arrived it felt like the right thing to do.

I have engaged in all kinds of Lenten practices over the years, from abstaining from sweets or alcohol to dedicating more time to prayer or spiritual reading, but I hadn't yet done much in terms of what might be called "digital fasting." And I was unsure what to expect when Ash Wednesday rolled around and I logged off the social media apps.

Part of me was excited, almost with a romantic sense of nostalgia for the pre-internet, pre-smartphone, pre-social-media era of my youth and young adulthood. Real or imagined, I convinced myself that opting out of most social media for Lent would be a return to simpler times when nonstop news alerts, continuous troll harassment, and anodyne photos and posts from various accounts did not yet exist. Like so many others, I felt the deep exhaustion of constant immediacy and deluges of information, and I wanted to leave it all behind.

And yet, a part of me also was very nervous, even afraid. As my Twitter profile reminds me, I joined the platform in November 2010. I was on Facebook five years earlier. That's a long time. For better and worse, Twitter and Facebook had become a significant part of my being-in-the-world. I didn't know how my life would change, if it would change at all.

Forty days later, I can say that signing off Twitter and Facebook was a good experience, if not always an easy or comfortable one. As I reflect back on how it went, I have arrived at a few lessons and insights.

I found myself escaping being inundated by the trivial bits of information that social media constantly throw at us like a meteor storm of distraction.

One of the first things I noticed was how unconscious the habit of spending time on these social media platforms was for me. I imagine many folks can relate to that experience of waiting in a grocery store line or walking down the hall between meetings or sitting on your couch and watching TV and, without remembering how the phone even ended up in your hands, you find yourself mid-scroll on your social-media streams.

The first week of Lent was the most awkward in this regard. Everything would be as normal until, in my pre-thinking mode of habit, I would attempt to open the Twitter or Facebook app and hit a roadblock: I was intentionally logged out of them.

So I would be standing or sitting there, confused and uncomfortable, wondering to myself how many hundreds if not thousands of times a week I would go through a similar unconscious practice, but instead of being jarred to alertness because I was logged off my accounts, I would simply scroll, read, explore with no real sense of intention or deliberation.

As that initial physical and mental awkwardness began to subside, I started to become more attuned to how I was feeling. While I, of course, had good and bad days like everyone else, I did begin to sense that something was discernably different about me. I was less preoccupied with what was going on outside my lived experience in a healthy way.

I still read the newspaper in the morning so that I was informed about important events and developments. However, I found myself escaping being inundated by the trivial bits of information that social media constantly throw at us like a meteor storm of distraction. Likewise, I was somewhat freed from being serially overwhelmed by every tragedy or frustrating news update.

What this taught me was that Twitter and Facebook could be, in both active and passive ways, major occupiers of mental and emotional real estate. Having at least temporarily evicted those digital squatters from my psychological habitat, I did find myself less stressed, less angry, less anxious and less distracted. All of this is good.

While I wish I could say that I used that newly cleared intellectual and emotional space for improving my prayer life or academic research and writing, I don't believe that I really did. Instead, I continued to do the work and ministry I usually do, but I did feel differently in the process. I felt less weighted down by the temptation to see what's happening online or to inject myself into public discussions or debates.

One thing I was surprised to discover was that I didn't have an abundance of free time, as I thought I might. Insofar as Twitter and Facebook are often the means for procrastination or distraction, I found that I could waste time in ways other than passive scrolling on social media feeds. I guess that's just human nature.

Although there were some major benefits to logging off, I also really missed some things, and I even came to realize that there were things that can only be accomplished through these media.

Among the things I missed were several personal and life-altering announcements from friends, colleagues and acquaintances that I only heard later second- or third-hand because Twitter and Facebook are the contemporary means by which modern people often share major news. This included the deaths of friends' family members, birth and pregnancy announcements, serious health diagnoses, and the like.

We can debate whether this mode of communication makes us better or worse as a society, but the uncomfortable truth is that most people share significant personal announcements via social media today, and those who are not on the platforms are positioned to learn the news much later, if at all. Gone are the days of phone trees or even large group emails. If you want to know the news alongside everyone else, you have to be in what Pope Benedict XVI once called "the digital continent."

Another lesson learned was that, given my work as an academic and a "public intellectual" (a term I have mixed feelings about, but one I cannot ignore, especially as I sit here writing a national column), I came to recognize a certain obligation to be engaged in the conversations taking place in real time. That doesn't mean I always have to comment or voice an opinion, but in order to stay responsibly informed in a timely manner, I can't go off the digital grid as fully as I may want to at times.

And as someone who directs an academic center for the study and practice of spirituality, which sponsors numerous events and lectures each semester, and is also personally involved in speaking and leading workshops for other organizations, I learned that not being able to share event information or reminders via social media has a noticeable impact on public awareness, response, engagement and sometimes even attendance.

It has now been several days since I made my return to Twitter and Facebook. I don't regret my Lenten social media fast, but I also realized that there are personal and professional reasons I'll stay on the platforms, at least for now.

The biggest lesson for me, though, is not about embracing an all-or-nothing, either-or approach, as tempting as that may be. Instead, I am learning to relate to these platforms differently and with greater deliberation and intention moving forward.