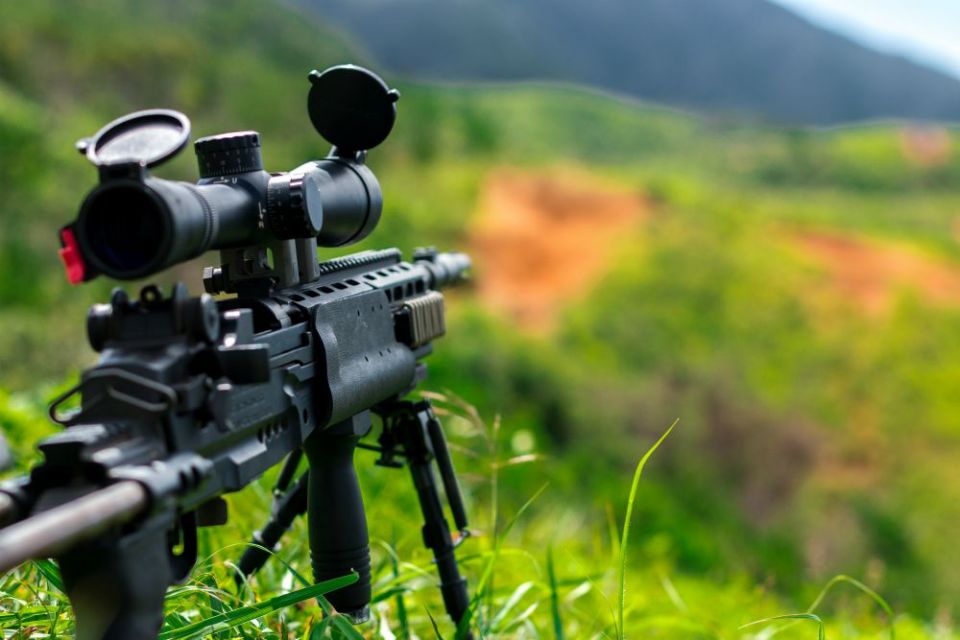 One of my brothers, a veteran, was saying this weekend that holding a gun makes you feel powerful. He said learning to control that feeling of power was an ongoing task in the military and that in civilian life there are no controls. And, of course, that feeling of power is the attraction. That's what he says. I've never held a gun.

The usual rhetoric used in the ongoing gun control debate does not mention this feeling of power, but I think it deserves some reflection, possibly in the comment section here. Given the fact that guns are rampant — and will be rampant despite any future limits — how do we learn to control those feelings and impulses of power? Can we talk about this?

My second point is simpler, but equally psychologically based. We are a nation of law. We obey traffic lights and stop signs. It's a singular characteristic, a marvel to foreign visitors. We also pay taxes. We apply for licenses to repair the garage roof. We register to vote.

Yes, the social fabric is fraying a bit. Drivers do run traffic lights, and people cheat on their taxes. But really, not so much. We obey the law.

So if Congress once again outlawed assault rifles, the people who own them would have to consider that possession is against the law and deal with it. They could choose to keep their adaptive combat rifle, for example hidden in the house, but they could not carry it outside without risk of confiscation. Because it's the law, a lot of people would comply. Gradually, assault rifles would disappear. That's what I think. But the conversation is about gun ownership and the law. What's the relationship?

My third point is simplest of all. Congress should repeal its ban on research about gun violence by the National Institutes of Health. Let's learn more about suicides and children's deaths. Let's learn about gun injuries. How much do injuries by gun cost us every year? How many accidental shootings occur? There's a lot we don't know about how guns put our health at risk. Let's find out. Let's talk about what we learn.

I favor getting guns out of the hands of most people most of the time by means of gun locks, gun safes, registration requirements, permits for bullets, limits on magazine sizes and the outright banning of assault rifles. But I'm trying to listen to others and find points where we can agree — or at least talk together. Thus, my three talking points.