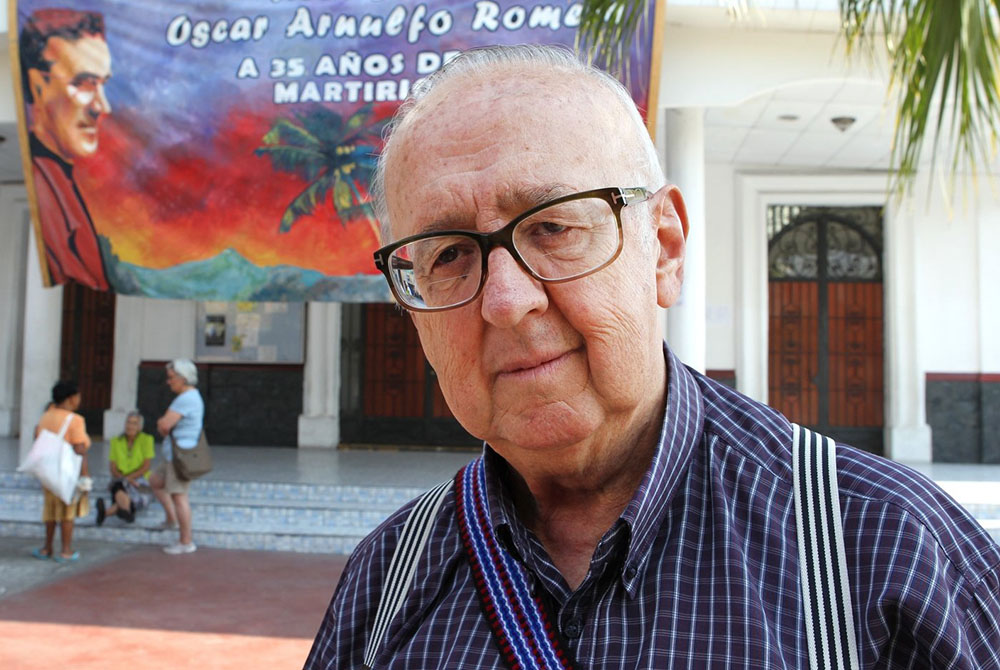 The liberation theologian Pablo Richard Guzman, 81, a Chilean exile who lived much of his life in Costa Rica and who died Sept. 20 in the capital of San Jose, was not as well known in the global north as some of his contemporaries — say, Leonardo Boff, Gustavo Gutiérrez or Jon Sobrino.

Amazon lists only three works by Richard in both English and Spanish; by contrast, works by or about Gutiérrez approach two dozen.

But Richard's voice — quiet and humane, always concerned with what the Bible was telling us today — made important contributions to theological debate and scholarship.

As an educator, "Richard created the movement of popular and community reading of the Bible," Spanish theologian Juan Jose Tamayo wrote in a tribute that appeared Sept. 22 in the Spanish newspaper El País.

Tamayo noted that Richard's efforts helped a "liberationist reading" of the Bible became "a source of life and hope" for millions, particularly those involved in the Christian base communities in Latin America.

Amazon's description of Richard's 1995 Apocalypse: A People's Commentary on the Book of Revelation provides a clue as to why.

"Fundamentalists have been attracted to the book and have sought to decipher its strange symbols as coded prophecy of future events," the description states.

"But as Pablo Richard shows in Apocalypse, the most powerful readings of the Book of Revelation are through the eyes of the oppressed, living out their Christian faith in the context of the modern empire," the description continues. "It is they who identify most strongly with Revelation's ultimate message of hope and life in the midst of death and persecution."

The base communities which would have been responsive to this reading were a cornerstone of Latin American liberation theology in the 1970s and 1980s, a movement that, as I described it in a 1994 profile of Richard for Religion News Service, sought to combine "Christian scripture and Marxist analysis to improve the lot of the poor."

Like other liberation theologians of his time, Richard, a diocesan priest, was superbly educated. He earned degrees in theology from the Catholic University of Chile, in sacred Scripture from the Pontifical Biblical Institute in Rome and a doctorate in the sociology of religion from the Sorbonne, with additional archaeological studies in Jerusalem.

Richard held a number of teaching posts in Costa Rica, including those at the National University and the Latin American Biblical University. He also headed DEI, the Ecumenical Research Department, a faith-based education, research and training center.

The often-difficult reality of Latin America in the 1970s defined the arc of Richard's life and ministry. A supporter of Chilean President Salvador Allende, Richard left Chile in 1973 with the fall of Allende's leftist government.

Exile in Europe proved difficult, Tamayo wrote. Richard and other Christian socialists in Chile had engaged in a "public dialogue and a convergence between Christianity and socialism" that was at once invigorating, fruitful and, typical of the times, hopeful and optimistic.

But the coup that resulted in Allende's death and the emergence of dictator Augusto Pinochet proved shattering, and Richard and others on the Christian left were bereft. A subsequent meeting with Salvadoran Archbishop Óscar Romero while Richard was in exile rejuvenated the theologian and his commitment to the church of the poor. The encounter with Romero, Tamayo wrote, "marked Richard forever."

My very short but memorable encounter with Richard came in the spring of 1994. My interview with Richard for RNS came about when Richard was a visiting professor at Union Theological Seminary in New York City, a year after I graduated from Union with a master's degree in theology.

What I remember most about Richard himself was his kindness and patience. He was a lovely man who had infinite patience with the persistent questions from a young reporter.

The subsequent story of our interview, which appeared in The Washington Post, among other outlets, focused on Richard's reflections on the future of liberation theology.

That question came at a confounding time in some ways — it seems all so very long ago. We weren't that far away from the terrible 1980s wars in Central America — the contra war in Nicaragua, the bloody civil war in El Salvador.

But it also felt like a different era was emerging. There was talk in the United States and Europe of a "new world order" after the downfall of the Soviet Union, and such talk was based, in retrospect, on a mixture of naive optimism, outright silliness and dangerous triumphalism.

And indeed, Richard, who was then on the faculty of the National University of Costa Rica, was having none of it. "He knows that in the shantytowns and crowded streets of Latin America, Asia and Africa, the new world order that emerged after the downfall of communism has little meaning," I wrote of Richard.

"The Third World has become useless and people are seen as expendable," Richard told me. "Before, people were exploited. But now they don't even count for that. To be exploited was at least a privilege because you were in some sense 'included' in society," he said.

"Now people are seen as worthless," he said. "This has resulted in a new kind of violence and desperation: poor against poor."

In re-reading the piece now, I am struck by how prescient Richard was in seeing how an era dominated by neoliberal economics and politics was going to do real damage to the world.

"In a new, post-communist world order, where the free market reigns supreme in all but a few nations, Richard believes liberation theology is not dead, but faces new challenges," I wrote. While Richard said it was too soon to "deliver the eulogies for liberation theology," he also said, "just as forcefully," that "large-scale political dreams that fueled a Cuban or Nicaraguan revolution can no longer be sustained."

Given that, the "immediate task for the progressive church is to work on a smaller scale: to build communities of hope among the poor." Richard added: "If it's not possible to take political power, we need to create a new power at the grass roots." (Regrettably, The Washington Post short-handed these reflections into an unfortunate headline: "Liberation Theologian Thinks Small.")

"We need to develop a new theology, a new ethic of life that discerns between the God of life and the idols of the market," Richard said. "We need to construct an alternative to the logic of the market."

Here, Richard was spot-on, I think: Hope would come at the margins of civil society, "where alternative grass-roots organizations in the Third World have been mobilized among poor people, women, people of color and those concerned with environmental issues."

In those places, Richard said, it was actually "easier than ever to practice liberation theology at the boundaries."

I think what Richard was suggesting was that the threads and the practice of liberation theology would prove durable but in new ways. Note what Richard said in particular about environmental activism at the grassroots. In my current work covering international issues for Global Sisters Report, I see the grassroots activism of Catholic sisters, clerics and laity concerned with climate change and environmental injustice undergirding and moving parallel with advocacy efforts at international levels, like at the United Nations.

Tellingly, in the nearly 30 years since my interview with Richard, we've seen an implacable foe of liberation theology, Pope Benedict XVI, leave the papacy. Meanwhile, his successor, Pope Francis, who had an earlier and uneasy relationship with proponents of liberation theology in his native Argentina, has come to embrace some — let me underline, some — elements of the movement's concerns, particularly when it comes to economic and environmental issues.

In some ways, it feels like Francis and others have caught up with Richard and his liberationist colleagues.

Throughout his distinguished and life-giving ministry and teaching, Richard warned fellow Christians of the dangers of idolatry — an idolatry he said was particularly pernicious when faith communities lost sight of the dangers of neoliberal ideology.

"We live in a profoundly idolatrous world – economically, socially, politically, culturo-ideologically, and religiously," Richard wrote in The Idols of Death and the God of Life.

"We live crushed under the idols of an oppressive and unjust system," he said.

Pablo Richard wrote that in 1983. Prescient? All you have to do is look around you and discover the answer.