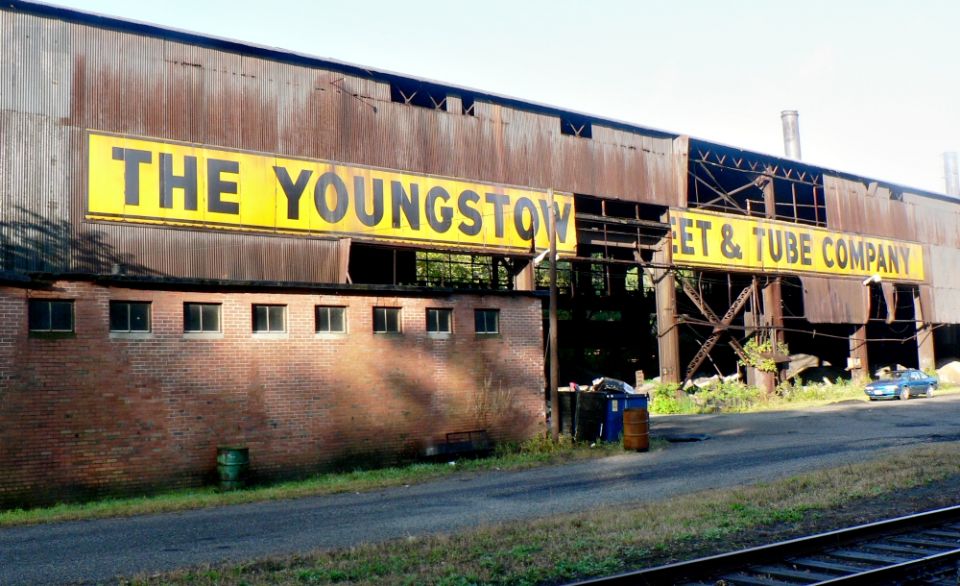 An abandoned facility of the defunct Youngstown Sheet & Tube Company in Ohio is seen in 2006. (Wikimedia Commons/Stu Spivack)

At America magazine, Bishop Robert McElroy analyzes the attacks on Jesuit Fr. Jim Martin and the cancer in the church that they expose. As we have come to expect, McElroy’s commentary marks him as one of the most articulate and compassionate members of the U.S. hierarchy.

Calling all readers in the Los Angeles area: An important conference on immigrant integration and well-being is scheduled for next month, co-sponsored by the Center for Migration Studies and Loyola Marymount University. It isn’t enough to get some kind of legal protection for immigrants, although that objective is obviously important at this moment because it is so threatened. We need to help immigrants become full members of our society and culture so that their dignity can be respected.

In The Washington Post, Jennifer Rubin on what she calls “the weirdest U.N. speech ever.” Did somebody pass President Donald Trump a short version of Mandeville’s Fable of the Bees?

In the New York Post, a look back at the day the steel mills began to close and what happens when the only thing that matters is the interest of the shareholders rather than the stakeholders. The money quote:

“No one never calculated the cultural tragedy as part of the equation either,” Steinbeck said. “They didn’t just dismantle the old mills, they dismantled the societal fabric of what made Youngstown Youngstown.”