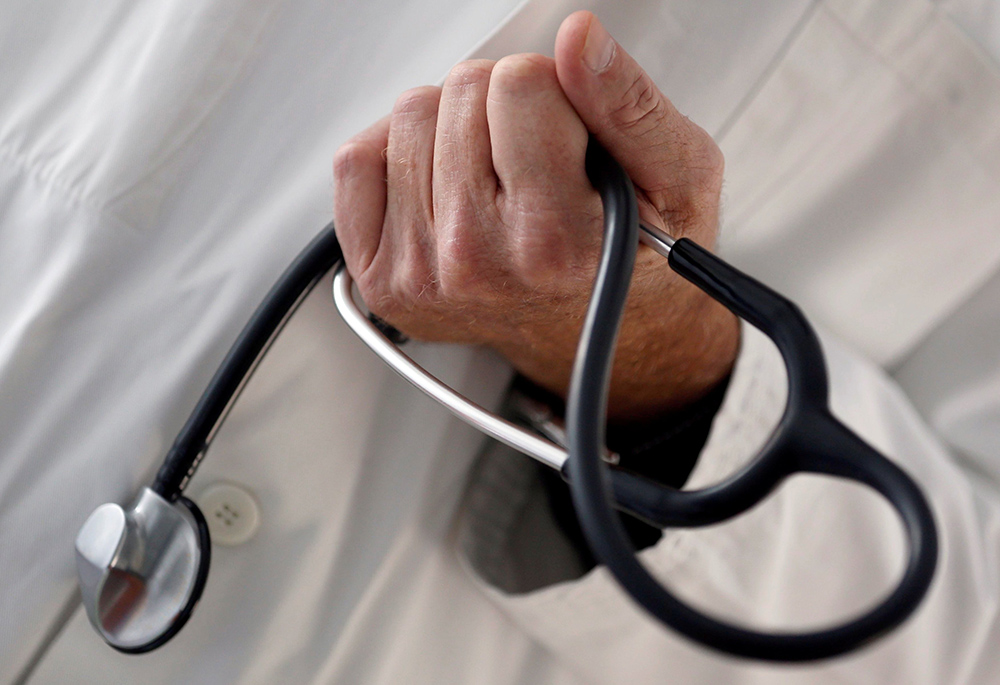 A doctor holds a stethoscope in this illustration photo. (CNS/Reuters/Regis Duvignau)

In The New Yorker, Jill Lepore argues that the Democrats' decision to vote on the Women's Health Protection Act was more about stoking the culture wars, and raising campaign cash, than about protecting anybody. "The bill would have banned nearly all restrictions on abortion, making it the most permissive abortion bill ever to be considered in Congress," she correctly observes. "There was no chance that it would pass." There was a chance for the Democrats to reach not only for the high moral ground, but also where the center of the electorate is. They punted and showed yet again, that on the issue of abortion, the left is as beholden to the culture wars as the right and perhaps more so.

In The Washington Post, Greg Sargent and Paul Waldman on how Florida Gov. Ron DeSantis is "crushing" Missouri Sen. Josh Hawley in what they dub the "culture war primary." Turns out, there is a reason successful presidential candidates ordinarily come from a governor's mansion rather than from the U.S. Senate: Executive action makes the candidate look like someone who gets things done. But, how sad that the list of "accomplishments" is so mean-spirited.

In The New York Times, a fascinating discussion between Ezra Klein and Notre Dame politics professor Patrick Deneen. Klein repeatedly tries to pin Deneen down, challenging some of his more sweeping claims about the left and its supposed successes. Each time, Deneen dodges, evidencing less of an argument than a temperament. I do not understand Deneen's march to the populist right in recent years but he lacks the coarseness of, say, a Rusty Reno or a Sohrab Ahmari, so Klein was right to engage him. If only Deneen would actually engage!

At Politico, a disturbing report on several European leaders beginning to make overtures to the Kremlin, and fearing the consequences of a Russian defeat in its war in Ukraine. Now is not the time for cold feet or half measures. There can be no rewards for Putin from his immoral war.

At Patch.com, a roundup of local news here in Connecticut, including a story about the closure of a golf driving range in the town of Enfield. It is being converted into a solar farm. I wish this was a whole golf course, and not just a driving range, but still, we can hope that in this conversion Enfield will become, for the second time in its history, the starting point of a great awakening! It was at the First Church of Enfield on July 8, 1741, that Jonathan Edwards preached his famous sermon "Sinners in the Hands of an Angry God," which is generally taken to be the start of the first Great Awakening.

In The Dialog, the diocesan paper in Wilmington, Delaware, Effie Caldarola looks at the way Catholic communities handled unplanned pregnancies before Roe v. Wade and offers the hope that we can do more by way of supporting women and offering safe, affordable child care in a post-Roe world. I suspect there are millions like Caldarola out there, people willing to create a genuine culture of life, but the day after Roe, they need to ask themselves some tough questions and move both parties to embrace such a culture.