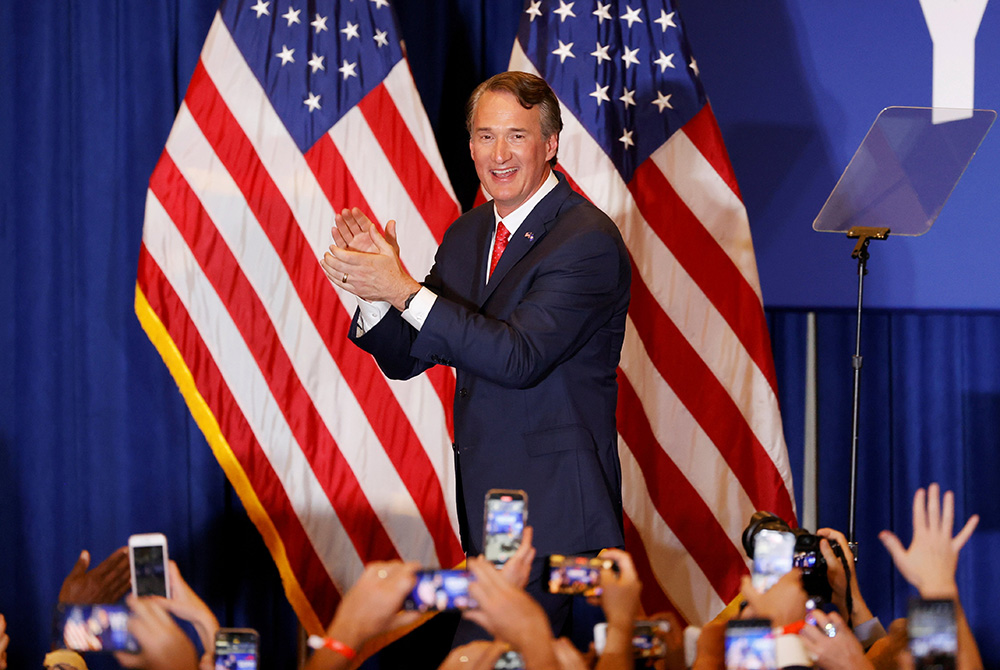 At National Review, Ashley McGuire comes to the defense of EWTN and wonders what all the criticism is about. To be sure, EWTN does some of the good things she discusses, but it could accomplish all those good things without engaging all the bad things, like conflating Catholic orthodoxy with Republican Party orthodoxy. Put differently, the network could keep airing Montserrat Alvarado's show and cancel Raymond Arroyo's, but it won't. Interesting, too, that she recalls Mother Angelica's fight with Cardinal Roger Mahony but neglects to mention what that fight was about, namely, the Eucharist, about which Mother had a pre-Vatican II understanding that refused to be renewed.

In The Washington Post, a look at the desperate need to rebuild the basic infrastructure of Jackson, Mississippi, especially the city's sewers. The just-passed infrastructure bill provides the finding for precisely this kind of work. The fear is that a political hurdle, Republican control of the state legislature, will replace the financial hurdle, lack of funds, and the poor folk in Jackson will not get the money they need to fix these problems.

At Politico, Zach Montellaro and Elena Schneider examine the "abyss" the Democrats are looking into when it comes to rural voters. In last week's Virginia gubernatorial contest, Governor-elect Glenn Youngkin managed to narrow the margin of loss in the suburbs while overperforming Donald Trump's percentages in rural areas, and maintaining record high turnout in those rural parts of the state. Democrats do not have to win in rural America, but they can't lose by 65 points as they did in Smyth County last week, or by 69 points as they did in Buchanan County. "Most donors — big and small — are not enamored with or interested in rural voters," Democratic pollster Zac McCrary told Politico. "They're easy to demonize and write off." Even in purple states, Democrats can't win statewide unless they improve their margins in rural areas. It is time to bring back Howard Dean's 50-state strategy at the Democratic National Convention.

Also at Politico, David Siders looks at the post-election blame game among the Democrats, which contains a fair amount of denialism at its center. It baffles me that many strategists and commentators continue to think demographic will be enough: The demographics in Virginia continue to move in the direction Democrats want, but they lost. On the bright side, shifting to anger from denial represents forward movement along psychologist Elizabeth Kubler Ross' five stages of grief, so perhaps this blame throwing is progress?

In The New York Times, a look at the threats being made to school board members across the country. When he testified recently before Congress, Attorney General Merrick Garland seemed unprepared to answer the false accusations coming from Republican senators, that he was trying to silence parents who wanted a say in their children's education. No, Garland only has those parents who resort to threats of violence in his sights, as well he should. Parents that rely only on their arguments have nothing to fear from the Justice Department. Democrats need to get out front on these education issues or the drubbing next year will be a rout.

A new podcast called "Of the People," by Ben Bradford, looks at the 1972 presidential campaign and how it sowed the seeds of the division that created the modern partisan divide. In fact, as Bradford makes clear, Sen. George McGovern's most enduring legacy may not have been his anti-war candidacy so much as his chairmanship of the McGovern-Fraser Commission that rewrote the rules by which the party chose its nominee, rules that seemed necessary after the party power brokers mangled the 1968 convention in Chicago but that empowered the more extreme elements in both parties.

At Bloomberg, former Starbucks CEO Howard Schultz has been brought in to try and fight off an attempt to unionize workers at three of the company's stores in Buffalo, New York. "No partner has ever needed to have a representative seek to obtain things we all have as partners at Starbucks," Schultz said in a letter to employees. At an event with workers, he repeated the same theme but, according to a pro-union employee, Gianna Reeve, when she tried to ask Schultz a question after his presentation, she was escorted out. 'Nuff said.