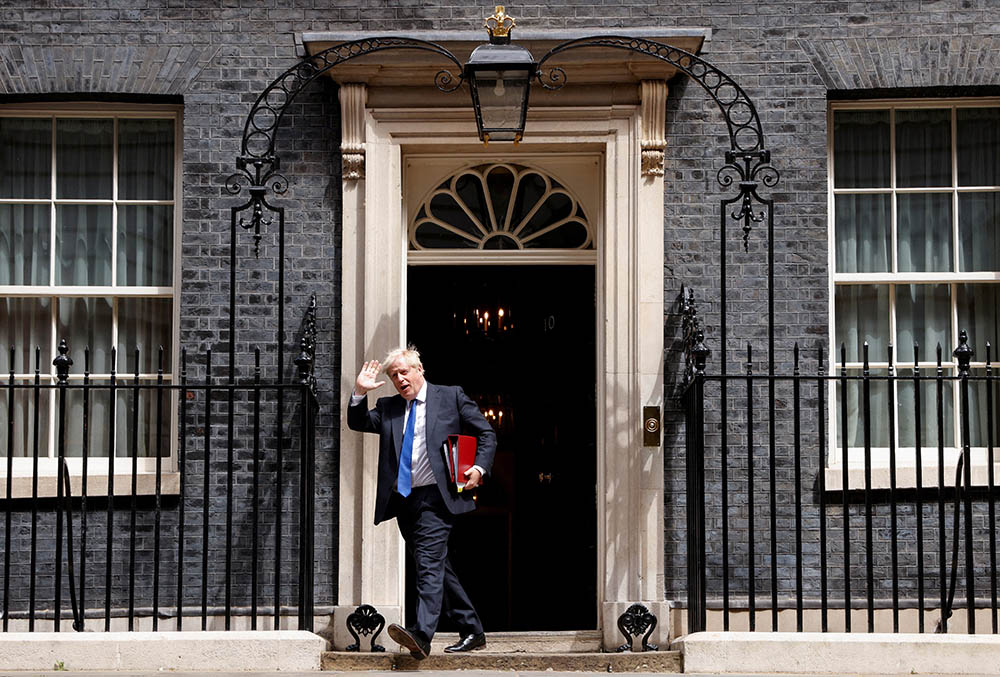 A clarification about my review of A Cry for Justice: Daniel Rudd and His Life in Black Catholicism, Journalism, and Activism, 1854-1933, which ran on July 25. The archivist for the Archdiocese of Louisville, Tim Tomes, contacted me to note that Rudd was born on the Anatok plantation but not in the plantation's manor house, which was demolished earlier this year. My column could be read as suggesting Rudd was born in the building that was just destroyed, which is not the case.

At The Hill, John White details Sen. Mitch McConnell's "historic miscalculation" in thinking former President Donald Trump was a spent force and voting not to convict him in his second impeachment trial. The Senate could have barred Trump from ever holding office again if it had convicted him. White also understands McConnell's modus operandi perfectly: "Mitch McConnell's sole focus is power — how to seize it and use it for partisan ends."

In The Washington Post, Megan McArdle again demonstrates that she is one of the few writers who has maintained a sense of judiciousness in the wake of the Supreme Court's overturning Roe v. Wade. In this column, she rightly notes: "We spend far too much time talking about the rarest, hardest cases rather than the prosaic realities of abortion as it usually occurs."

Relatedly, Meghan Clark, associate professor of theology at St. John's University, writes at the Center for Religion & Culture's online journal Sapientia about ways some of the stories surrounding abortion demonstrate a cultural bias against trusting women "as authorities on their own experiences." Clark contrasts this with the example of Jesus. Of course, abortion is not merely about a woman's experience: The unborn child experiences it, too. But Clark is on to something important and pro-lifers need to listen to the concerns she raises.

At Gawker, Matthew Sitman writes in his first column at the site that conservatives in America do not only criticize liberal aspects of society, but actually seem intent on undermining the idea of society per se. He writes:

The right benefits from people becoming more isolated, hunkered down, wary of others, and doubtful that a better future can be built. It is to such people that the reactionary message appeals: the best you can hope for is to hoard what you have, and attack the shadowy forces and alien others that you're told imperil you and your livelihood. Solidarity and generosity are turned into risky wagers not worth taking.

Here we see just how divorced contemporary conservative politics is from Catholic social teaching, and the column is splendidly written and argued.

ProPublica has a detailed report on an absurd and unjust Florida law that requires felons to pay off their fines before they can have their voting rights restored. The state does not provide a central database, so it is difficult for a felon to even find out how much he owes. Election officials in Alachua County went to the prison to register convicted felons set to be released and now the state is charging those same felons with not paying off their bills first. Insanity on stilts. And all this after voters in the state voted to restore voting rights to felons in a 2018 statewide referendum, only to have the legislature subsequently add the provision about paying off legal fines.

At Working Class Perspectives, the blog of Georgetown University's Kalmanovitz Initiative for Labor and the Working Poor, Tim Strangleman of the University of Kent looks at developments in U.K. politics through the lens of a new book by Simon Kuper of the Financial Times about the friendships formed by outgoing Prime Minister Boris Johnson and his "Chums" (the title of the book) during their university years at Oxford. Strangleman also looks at the rise of some new union leaders who are pushing the Labour Party to remember it needs to support actual workers.