Love in a time of insurrection: St. Augustine on the unity of the American people 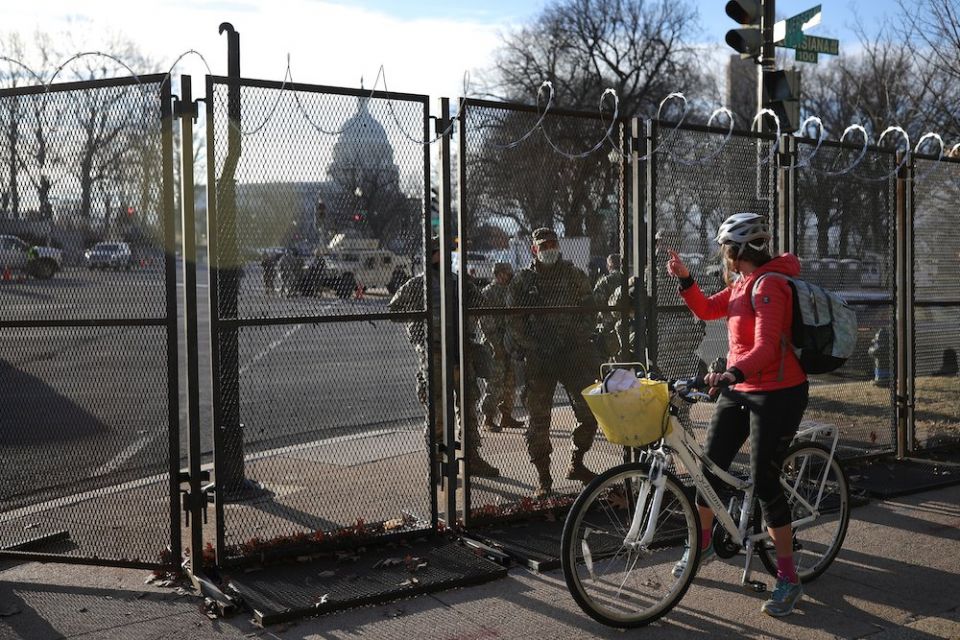 The U.S. Capitol can be seen behind the protective fence line Jan. 21, 2021, as a cyclist talks to a U.S. National Guard member inside, about two weeks after armed supporters of former President Donald Trump stormed the building during election certification proceedings. (CNS/Reuters/Tom Brenner)

In early January, The Washington Post reported that poultry plants that received waivers to increase slaughter line speeds were 10 times more likely to have coronavirus cases as plants without waivers. The freedom given to plant owners to increase speeds compelled line workers to face a brutal choice: Be exposed to higher risk of infection or leave their low-wage jobs.

This unjust tale from the front lines of the pandemic may seem a far cry from the crucial moment in President Joe Biden's inaugural address when he wrapped his moving call for the unity of the American people in the words of the fourth century Catholic theologian St. Augustine. Biden said: "Many centuries ago, Saint Augustine, a saint of my church, wrote that a people was a multitude defined by the common objects of their love." And Biden enumerated what he thought those common objects are: "Opportunity. Security. Liberty. Dignity. Respect. Honor. And, yes, the truth."

But it's important to focus on the story of the poultry plant workers because it commands us to consider the most important way that St. Augustine can contribute to the challenge of American unity: Not so much by telling us what our objects of love should be, as much as by showing us how we ought to love. For Augustine, love both unmasks injustice and creates a people.

First, then, the unmasking. Indeed, it's hard to argue with the list of common objects that Biden provides. And he surely means them well. But Pope Francis in Fratelli Tutti sounded a cautionary note about the use of such value words in our time. "Nowadays, what do certain words like democracy, freedom, justice or unity really mean? They have been bent and shaped to serve as tools for domination, as meaningless tags that can be used to justify any action (14)."

Here St. Augustine can help. To him, love was like desire: All of us are drawn by a "weight" (as Augustine often called love) toward good or evil. Moreover, all our loves — even our best ones — are hobbled from within and fraught with the possibility of sin. This way of putting things may give his thought a gloomy cast (perhaps especially in his writing about sex). But his clear-eyed sense of love and sin also provides a way to see how domineering self-love can distort good things — for instance, the value words in Biden's speech — that we might otherwise share in common.

Examples from the last years abound. St. Augustine understood that self-love can luxuriate in wrong itself: We can love the cruelty of separating children from their parents at the border for the sake of enjoying the cruelty itself — no matter how many pious formulations we offer up about the need to enforce immigration law. Or, with St. Augustine, we can see self-love and love of God in high tension: Love for sin fires hate for the good. He would hardly have been surprised at the Trumpian love for lies and power that was contemptuous of every truth teller — Dr. Anthony Fauci, the Electoral College, the Black American voters who refused to play his racist game — standing in his way.

For Augustine, we face the constant temptation to seize things for ourselves — freedom, democracy, even God — instead of understanding such goods as belonging also to others. And here we can return to the poultry plant waivers and workers. On one hand, St. Augustine's keen sense of the oppressive dynamisms of self-love debunks the appeal to what otherwise may appear as the anodyne freedom behind the waivers themselves. In his view, it is no surprise that the self-love that seeks the freedom to increase line speeds in the middle of a pandemic also seeks to coerce others to face an increased risk of death.

But we can take Augustine's debunking one step further when we consider that the appeal to the neoliberal freedom to get such a waiver is replicated in many different ways in American life — perhaps most visibly in the call to freedom behind the reckless refusal to wear a mask.

Augustine's understanding of love shows us that this ideology of freedom (as Francis calls it) literally makes the unity of the American people impossible. You can't get unity out of a domineering freedom that refuses the possibility of sharing freedom with others to the point of exposing them to the risk of death so that more chickens can be processed in a production line.

Indeed, Augustine helps us to see that we are living at a time when the classic liberal notion of a "sovereign people" is being displaced by the assumption that the "spontaneous ordering" of neoliberal economics can actually bring about unity in our political life. Instead this capitalism on steroids has emptied out our communal life and left us with populist rage. 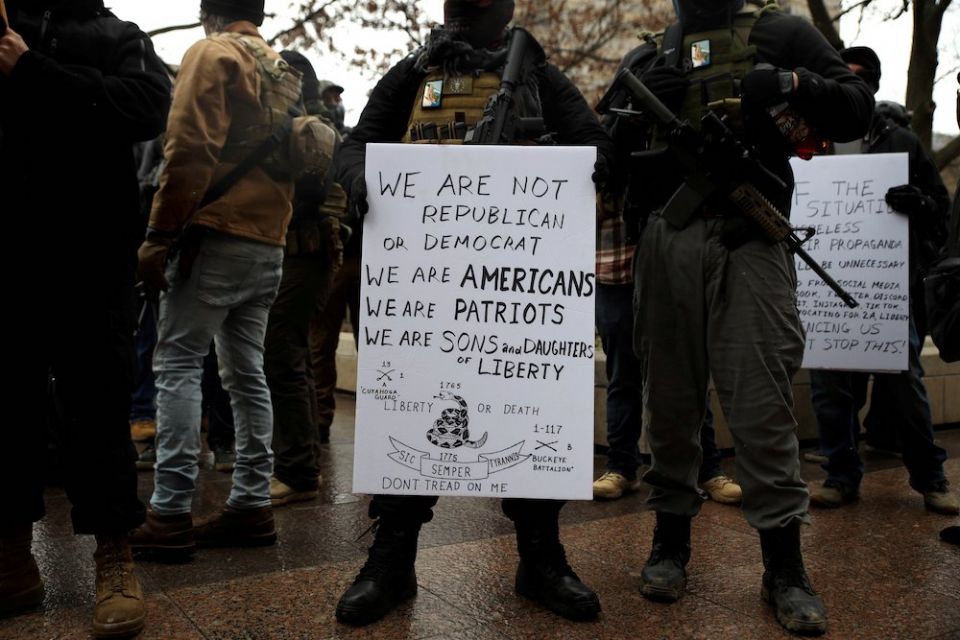 Augustine, then, is the great Christian deconstructionist of the lying loves of false unity. But what can he tell us about the love that shows us the way toward real unity? Here we have to be careful. Augustine has spawned many rigid Augustinians over the centuries. Read the dazzling polarities of his prose — grace or sin, God or freedom — and be lured, as have others, into theocratic dreams in which state power seeks to create a unity in Christian virtue by stamping out secularist, pagan vice.

But these readings leave out what makes Augustine so appealing in our time and always: his vivid sense of the reality and sociality and impermanence of the created order. In turn, we can derive from this vivid sense a three-part test by which to assess the quality of our loves of the objects that might unite us. Is this thing true? How can it be shared? And will it last? With such a test, we can reimagine, for instance, a notion of freedom that can be a common object of love.

Finally, one other test can inform the quality of the love by which we can choose the objects that we ought to love in common: What image of God do we bring to this task? In his 2013 interview published by America magazine, Francis appealed to St. Augustine in the face of those who think they have God figured out: "The correct attitude is that of St. Augustine: seek God to find him, and find God to keep searching for God forever." Similarly, in Fratelli Tutti, Francis argued that the distinctive sign of Christian love in the public square is a boundless openness.

I think St. Augustine would delight in the paradox: What Catholicism best offers to the possibility of a more united American people is a love that binds because it is without boundaries. David E. DeCosse is director of religious and Catholic ethics at the Markkula Center for Applied Ethics at Santa Clara University.

Commentary | Love in a time of insurrection: St. Augustine on the unity of the American people

Deserve's got nothin' to do with it

How do I love thee? Gospel teaches how to count the ways, Pope Francis says

'God is waiting to be gracious to them'