Memoir recognizes need for more than talk about racial reconciliation 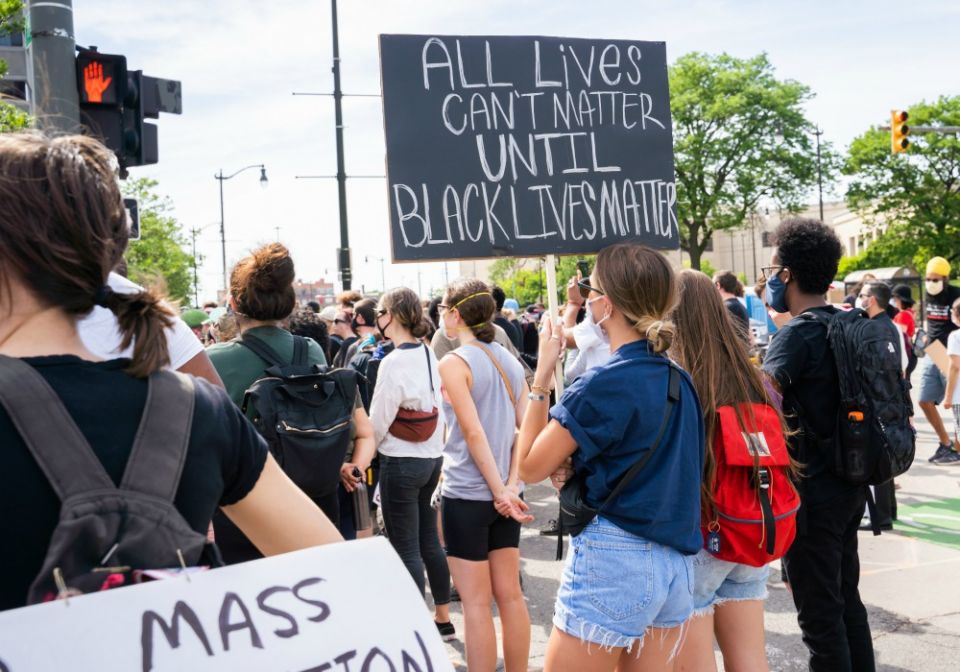 Protesters gather at a June 4 demonstration in downtown Detroit following the killing of George Floyd, a Black man, by a white police officer in Minneapolis May 25. (CNS/Detroit Catholic/Valaurian Waller) 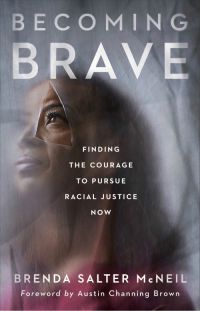 In Becoming Brave, Brenda Salter McNeil traces the journey of realization that came to her after 30 years of teaching and working in the field of racial justice. Triggered by a question asked by a young seminarian at one of her workshops, she reveals in this book how she awakened to the understanding that what she was doing, the programs she had developed, the workshops she had given, the lectures she had proclaimed were simply not enough.

The young man asked innocently at the end of a workshop: "Dr. Brenda, when are you going to talk about justice?" She was stunned. Had not the entire workshop been about justice? Had not everything she had done over the past 30 years working in the evangelical churches been about justice? What was he asking her?

As she reflected more and more deeply on this question, she slowly began to realize what he was asking.

Her understanding of reconciliation was flawed because it did not truly incorporate the pain and suffering experienced by Black people and other persons of color. There can be no reconciliation without justice — and true justice required dismantling systems and breaking down barriers. It requires risking one's life in the struggle to bring about change. Whites cannot stand apart. They must participate in ways that may feel threatening but will truly bring meaningful change through the pain and anger.

McNeil uses the Book of Esther as an exegetical tool to uncover the truths she is trying to portray. Esther was a young Jewish woman raised by her uncle Mordecai. After a nationwide search, she was chosen by the king to become his queen. She knew nothing of what that meant but did her best, including assimilating into the country's culture.

Everything changed when a threat arose against her people, the Jews. This young woman was called upon to reveal that she was a Jew and that her husband, the king, was needed to save the lives of the Jewish people. Despite fear and doubt, Esther stepped forward when she was needed and was able to end the threat of genocide against the Jewish people.

This is what, McNeil urges, we are called upon to do today, to step forth in faith and demand that changes be made in the laws and actions of this nation. Esther was afraid and so are we, but we must be willing to do the right thing. Some, perhaps many, will be upset and angered, but justice must be done, a justice that rights the wrongs of centuries.

The author, in keeping with the Black theologian Howard Thurman, asks hard questions, like, "Why is it so hard for Christians to make significant progress in dealing with the issue of race?" She roots her response in her Christian faith and challenges us to become everyday activists, working to break the silence by dismantling systems of injustice and inequality.

Her previous stance, which sought to assuage the fears and anxieties of whites, she realizes, is no longer viable, if ever it was. She argues that white Christians need to embrace a new understanding of what it means to be a white ally. She realizes also that sexuality is another issue that must be addressed as it is irrevocably connected to issues of race and class.

This book challenges all of us at our very core to ask what we mean when we say we are Christians. Are we living out our Christian faith in ways that make a positive difference in the lives of those around us, especially the least among us? We must risk our lives as Esther did, as Jesus did, to right the wrongs that have persisted for too long.

McNeil's journey now has a new focus and a new purpose. Again, returning to Esther, she recognizes the reconciling power of women as an important asset for her work in reconciliation. People of color must come to an understanding of their own identity and work to bring about the changes needed in our society and world today.

We, all of us, must recognize and affirm each other but not at the expense of losing sight of our goals. No one has higher standing nor requires pampering on this journey. The task is great and requires great courage. But becoming brave will enable all of us to set forth and work to pursue racial justice for all. In recounting her own courageous journey, McNeil has written a book for our time.

This story appeared in the Oct 2-15, 2020 print issue under the headline: A re-awakening on racial justice .

Preparing the way for the Black Christ