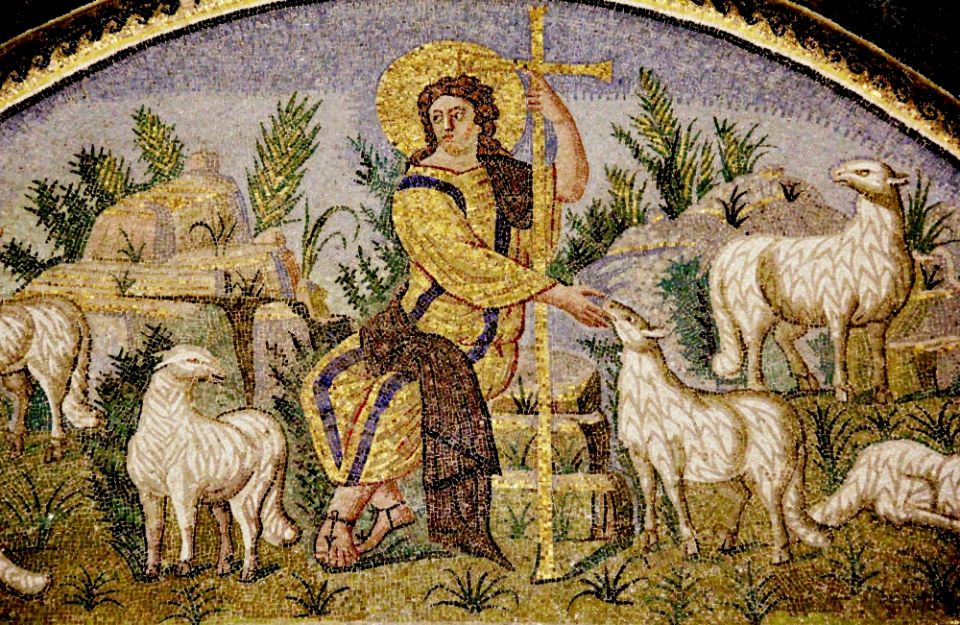 The baptismal liturgy did not run like a well-oiled machine. No one could get the microphones just right. One reader wound up proclaiming Paul's Letter to the Galatians from a cellphone screen. The sung litany of the saints was sung flat. The baby, my grandson, who weighed in at 10 pounds, 7 ounces at birth, was too plump for us to push his arms through the sleeves of the baptismal gown. (And, poor thing, we tried.) The offertory gifts were brought up after hurried consultation in the pews as to whose task it was. The sacristan couldn't be there and her substitute was new to the parish. The altar servers, friends of the family, had never stepped foot in the sacristy. Which meant that after the presider had consecrated the bread, the chalice could not be found.

We sent our grandson on a journey. We saw him off not knowing how long the journey will last. Our intentions are clear. In following Jesus into the water, this child is set on a path to follow Jesus every step of the way. We — the witnesses who gathered to make promises on the baby's behalf — promised that we would guide him. But we will fail. We will ourselves get lost and wander down lifeless ways. We will die.

We came together on a sunny summer day. The rains had returned to Colorado and the air felt freshly washed. But each one of us knew the clouds gathered over those shepherds in the church who have led their flocks away from grass and water into the deserts of abuse. And those clouds hovered over us, too.

So what, I wondered as we walked to the font, must we teach this child? What must we teach as Cardinal Theodore McCarrick, shepherd of shepherds, is removed from public ministry, resigns from the College of Cardinals and awaits a canonical trial on claims of sexual abuse?

We must teach our grandson to trust us, and we must strive to be trustworthy. But we must also teach him that we are not trustworthy guides because of our virtues, but because of our willingness, always, to point him on and ever on to another, to Jesus, who is the Good Shepherd.

Our grandson will have to learn to love Jesus and to trust him. That is our task. He must always look to the Good Shepherd, to the one who knows his sheep, and whose sheep know him. The Good Shepherd guards the sheep against the wolves that prowl about seeking prey. He goes searching for the lost and will not stop until he has found them and brought them safely home. He protects his flock even if it means his own life. He will never betray them.

We must be like Moses, asking our followers to listen to us, yes, and to follow our lead, all the while making plain that our leadership consists of pointing them beyond us, to something that is not dependent upon us, something not of our making, something not in our control, something immortal revealed in glimpses to our mortal sight. And we must teach him to be wary of anyone who does otherwise, who directs the focus away from Jesus and toward himself.

Trust is the air he breathes. And, so far, that trust has never been betrayed. The service is sometimes a little slow, but help is always near and always reliable.

It will not always be unless we, his teachers, teach him of one who never falters and never fails.

There is a 19th-century Sacred Harp song called "The Rock That Is Higher Than I." Sacred Harp singers choose it because of its fast, rollicking tune. But as more bad ecclesiastical news assailed me this summer, I sang the song paying careful attention to the words. This is the chorus. The notation wisely calls for a repeat:

Lead me to the Rock that is higher than I.

So, God bless you, sweet child. May I always lead you "to the Rock that is higher than I."