The church needs 'notorious' women willing to dissent, too 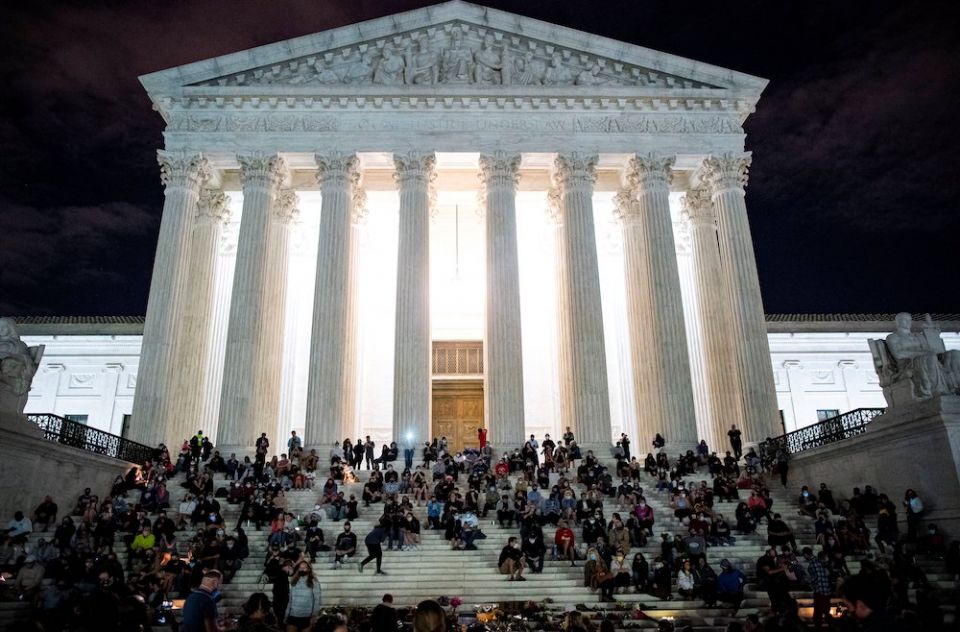 In my first job in Catholic journalism, I learned that the two other staff writers — both men — earned several thousand dollars a year more than I did. This, despite the fact that I actually had more experience than they did.

When I approached the editor to request a raise, he defended the discrepancy noting that, as a married woman, my salary was supplementary to my husband's. This was about 25 years ago.

Today that would be illegal — thanks to women like Ruth Bader Ginsburg and others of her generation who fought so that women would be treated equally, especially in the workplace.

Ginsburg, who died Sept. 18 at the age of 87, was familiar with gender discrimination in her own life. At Harvard Law School — where she was one of nine women in a class of 500 — she was admonished for taking a place that "should go to a man." After graduating from law school, as first in her class at Columbia where she finished her degree, not one law firm in New York would hire her, according to the documentary about her life, "RBG."

As a law professor in the 1960s, she was among only a handful of other women with such a position, and was paid less than male colleagues because she had a husband with a well-paying job.

Ginsburg would dedicate her career in litigation to gender discrimination suits, winning victories for women as college students, jurors, administrators of estates and members of the military. She also challenged gender discrimination against men: arguing that a widower father should receive Social Security benefits and that separate drinking ages for men and women were discriminatory.

The strategy was to chip away at discriminatory laws and extend the protections of the 14th Amendment's equal protection clause to women. It worked, and I and others in my generation — despite the sexism we may have experienced — have faced less institutional discrimination than my mother, grandmothers and Ginsburg. 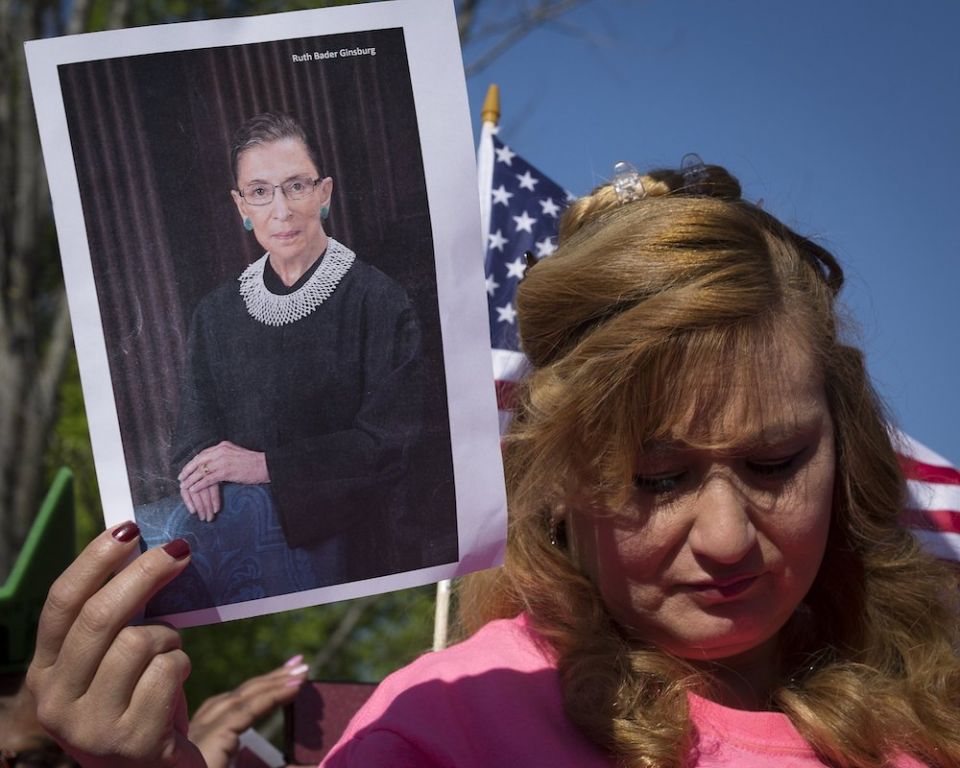 A demonstrator at a Deferred Action for Childhood Arrivals rally holds a photo of Justice Ruth Bader Ginsburg while standing outside the U.S. Supreme Court in Washington in 2016. (CNS/Tyler Orsburn)

As the second woman named to the U.S. Supreme Court, Ginsburg modeled integrity in her arguments while maintaining respectful relationships with colleagues who disagreed with her. As the court moved to the right, she became known for her dissents in favor of the vulnerable, including the clear case of pay discrimination in Ledbetter v. Goodyear, in which the majority of justices narrowly interpreted the statute of limitations and said women must file suit at the time of the pay period, even if they were unaware they were being paid less. President Barack Obama rectified that technicality when signing the Lilly Ledbetter Fair Pay Act in 2009.

In a culture that does not normally value elderly women, some found it surprising that Ginsburg became a cultural icon in her 80s. Nicknamed "Notorious RBG," Ginsburg found her likeness, especially her lace-collared judicial robes, emblazoned on everything, coffee mugs, T-shirts  and even tattooed arms.

In the days after her death, young women and men flocked to the steps of the U.S. Supreme Court to pay their respects, even as the debate about replacing her raged on, with Republicans — no longer even worried about appearing hypocritical — arguing they will vote on President Donald Trump's nominee even after refusing a hearing for Obama's, Merrick Garland, who was proposed much farther out from Election Day.

At a time when mothers and grandmothers can no longer be assured that their daughters and granddaughters will face fewer limitations because of their gender than previous generations, Ruth Bader Ginsburg is a model of someone who dedicated her life to the fight for gender justice.

In our church, generations of women have also dedicated their lives to ending discrimination on the altars, in the pews and, yes, even on the mastheads of our publications. As only the second female editor in this newspaper's 56-year-history, I am acutely aware that I would not be in this position if it were not for the witness and work of generations of Catholic feminist theologians, activists and ministers.

They, too, are "notorious," and, like Ginsburg, inspire the next generation of Catholic feminists to continue their important work. Sadly, the church has already lost so many young, progressive women (and men), because of discriminatory teachings or practices, despite that generation's continued desire for spiritual connection.

By the way, after pushing back on my editor's sexist argument, I did get that raise, after all.

A version of this story appeared in the Oct 2-15, 2020 print issue under the headline: The church needs 'notorious' women .

Opinion | The church needs 'notorious' women willing to dissent, too

Wheaton College gets a pass from Supreme Court on contraception mandate