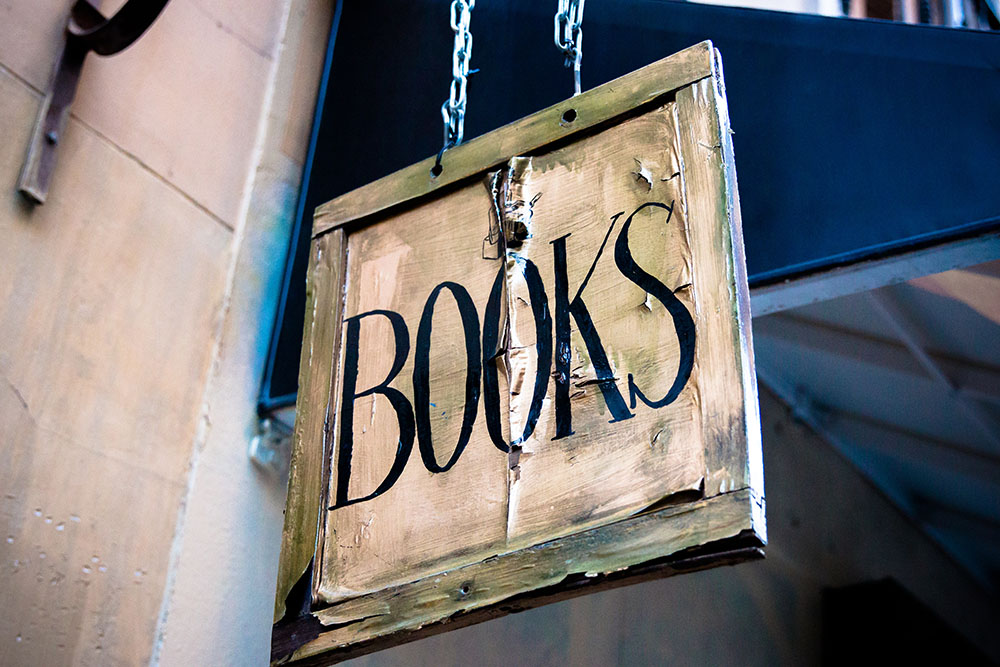 There were a lot of things we couldn't do during the pandemic, but reading was not one of them. By several metrics, Americans read more during 2020-21: More print, ebook and audiobooks were sold, and nearly 60% of respondents said they read more, according to one survey.

I am one of them.

A lack of other choices, combined with a need for escapism, combined with — for me, anyway — a desire to clean out some bookshelves for a home improvement project, meant I got in lots of extra reading time this past year and a half.

Earlier in the summer, I shared in this column how I dumped all my Andrew Greeley romances and mysteries but discovered a new favorite Catholic novel, Chicago, by the late Brian Doyle.

When I asked about readers' favorites, I learned that many of you are also fans of Doyle — and his run-on sentences! Several recommended his other books, especially the novel Mink River, his essays in Grace Notes, and A Book of Uncommon Prayer, a collection of prayers.

Doyle's "love of long sentences and aversion to punctuation is part of the urgency to identify the godliness in the unexpected," wrote Dominican Sr. Orlanda Leyba.

I heard from nearly 50 readers with Catholic reading recommendations. Curiously, I did not define what constitutes a Catholic novel, nor did any of you. For most, it meant Catholic characters (often clergy, bishops or sisters), Catholic themes or even a Catholic "sensibility."

Related: My favorite Catholic novels, past and present: What are yours?

The most recommended books were The Power and the Glory by Graham Greene; The Moviegoer by Walker Percy and Charming Billy by Alice McDermott, with three votes each.

Greene's The End of the Affair and Brighton Rock were also mentioned.

Other top recommended authors included Morris West (his "Vatican Trilogy"), James Carroll (who I did not realize wrote fiction in addition to his nonfiction) and Ron Hansen (specifically Mariette in Ecstasy).

I thought more people would say Flannery O'Connor, but only a couple did.

Chris Loetscher of New Ulm, Minnesota noted that some of his favorite "Catholic" novels were written by non-Catholics: Albert Camus' The Plague, Willa Cather's Death Comes for the Archbishop and A.G. Mojtabai's Thirst.

Many of the recommendations were classics: Evelyn Waugh's Brideshead Revisited, Edith Grossman's translation of Cervantes' Don Quixote and The Screwtape Letters by C.S. Lewis.

Here, in no particular order, are other recommended Catholic novels for your end-of-summer or future reading:

Two authors also shared their own works with me: Marian O'Shea Wernicke's Toward That Which Is Beautiful and Thomas F. Lee's The Warning: A Novel for the Nuclear Age.

Jeffrey Burns, director of the Center for Catholic Thought and Culture at the University of San Diego, was kind enough to share some recommendations from a course he taught on the Catholic literary imagination: Endo's latest, Sachiko (especially for its "particularly compelling portrait of Maximilian Kolbe," Burns says); Harry Sylvester's Moon Gaffney; Phil Klay's Missionaries ("a great if disturbing read"); and graphic novelist Catholic Gene Luen Yang's Boxers and Saints.

While appreciative of all these suggestions, I couldn't help but notice the relative lack of gender, ethnic and racial diversity in the recommended authors. Something of a counterbalance are two novels recently read by Kathy Schatzberg: The Book of Longings by Sue Monk Kidd and The Way by Kristen Wolf. Both "imagine what the lives of women might have been like in first-century Palestine while the men were writing down their male-centric stories," Schatzberg writes.

Though some readers agreed with my negative assessment Greeley's novels, others defended the late priest. Eugene Hock said he donated all his Greeley novels to a Catholic university but wishes he had them back. The author would always reply to Hock's birthday and priesthood anniversary wishes. "I miss him, and his beautifully written novels," Hock wrote.

Said Nancy Stephani of Greeley: "I don't know if I would still be Catholic if it were not for him."

* This has been updated to correct the author's name for A Canticle for Liebowitz.

A version of this story appeared in the Aug 20-Sept 2, 2021 print issue under the headline: NCR readers' favorite Catholic novels.