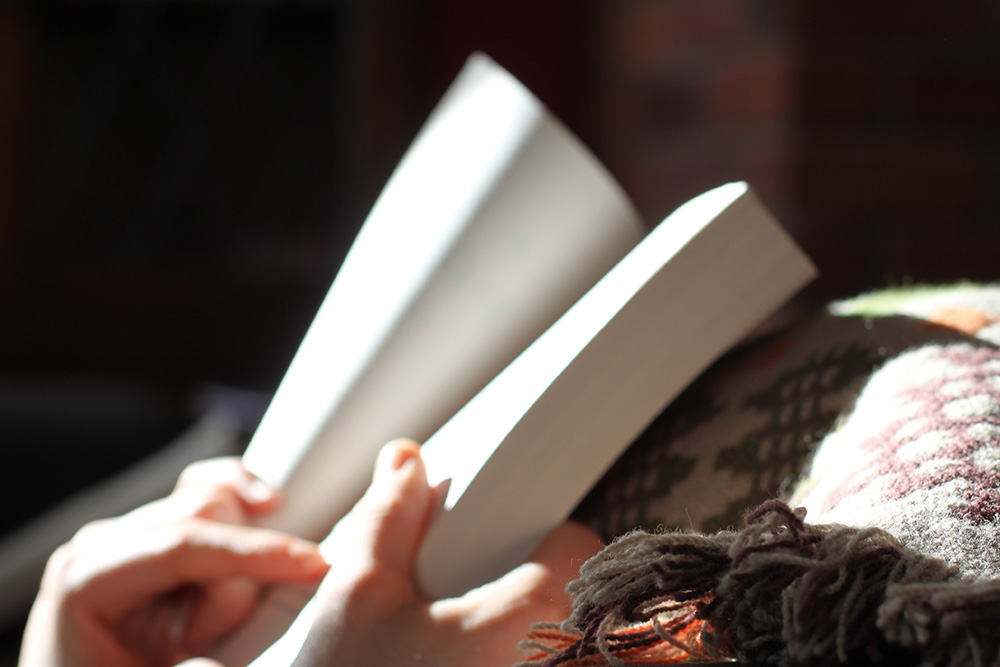 I blame the Great Basement Cleanout of 2020-21 for the sacrifice of my extensive Andrew Greeley novel collection. The literary output of the late Chicago priest, sociologist and best-selling novelist — who was rumored to have never had an unpublished thought — was taking up a lot of real estate on a bookshelf that needed clearing out to make way for what we hope will become a new lower-level family room.

Lest you think less of me for owning a collection of breathless, bodice-ripping books, let me explain: I credit Greeley — his fiction, in particular — for my becoming a Catholic journalist. True story.

I was working as a general assignment newspaper reporter in California, dabbling with the religion beat when I picked up The Cardinal Sins, Greeley's barely fictionalized novel about church and secular politics in Chicago.

Already intrigued by the Windy City, and homesick for the Midwest, I vowed to someday cover what seemed like an exciting beat, the Catholic Church in Chicago. Within a couple years, I had joined the New World, Chicago's archdiocesan newspaper, and the rest, as they say, is history.

Over the years, as a writer and editor at various sundry Catholic publications, I acquired publicity copies of Greeley's books, which were released at the rate of at least one per year. I even got to interview him once, about his book White Smoke, a fictionalized account of a papal conclave. He asked me what I thought of it, and I replied that I enjoyed it immensely, but found the character of the recently divorced woman less believable, given that I was, sadly, a recently separated woman myself. He was not looking for constructive criticism, nor was he offering any pastoral empathy for my marital situation.

But I continued to read Greeley's fiction — especially the Blackie Ryan mysteries — playing the Chicago insider game of trying to guess the real people the characters were based on. I'm pretty sure I recognized some of my former archdiocesan colleagues in those pages.

But eventually I began to tire of the repetition: of the couple-reunited-later-in-life plots and the stereotypical South Side Irish characters. Still, the books sat in a place of honor on my shelves, even after his death in 2013, following a tragic accident in 2008 that had left him with a traumatic brain injury.

To make way for the sectional couch and big-screen TV, I spent this spring sorting through a whole bookshelf of fiction, including the Greeley novels, grateful for the time afforded by the pandemic to give some of them one last read before moving them out to the Little Free Library, where they could be snatched up by a neighbor or passerby.

But while they had once lured me toward my vocation and eventual home, Greeley's novels no longer moved me. I still appreciate his theology, woven throughout, sometimes between the lines but more often overtly in soliloquies by the main character: God's love is like that of a romantic lover, passionate, unending, able to withstand every challenge. And I will always be grateful for his courageous criticism of the church in his nonfiction writing, which he did out of love for the church. But the fiction stories no longer kept me up at night turning pages.

That bookshelf that needed to be thinned also included some other "Catholic fiction" — including a few mysteries by the late philosopher and conservative Catholic Ralph McInerny, best known for his Father Dowling mysteries, which were made into a TV show in the late 1980s and early '90s. These books, too, were tough to get through, as the author's condescending opinions about liberal Catholicism were hardly hidden.

Luckily, during this readathon, I happened to pick up another Catholic novel while at my local public library. The title, Chicago, caught my eye, as did the library sticker on the spine that said, "Best of the best." The author was Brian Doyle. 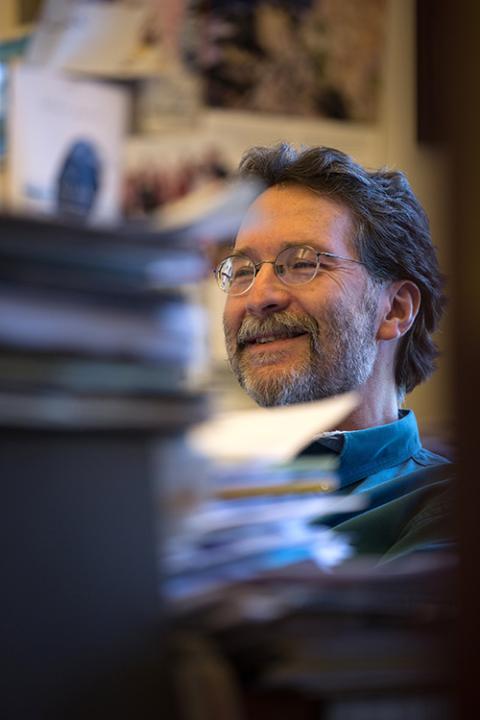 The late Brian Doyle, award-winning author and editor of the University of Portland's magazine, is pictured in an undated photo. (CNS/Courtesy of UP magazine)

"Hey, I used to know a Brian Doyle," I thought, and sure enough, I recognized the author photo on the dust jacket.

Doyle, the former editor of Portland Magazine at the University of Portland, was an amazing essayist, poet and short story writer. At U.S. Catholic magazine, I occasionally edited his pieces, and quickly learned not to question his love of long sentences and his aversion to punctuation. His style was unorthodox, but his descriptions and insights were worth it.

Chicago is about a young college graduate who moves to an apartment building full of interesting characters on the north side of Chicago. The neighborhood in the book is just a few blocks from my first Chicago apartment, though about a decade earlier. And the narrator's first magazine job is at the same publication where I later worked, so, as with Greeley's books, I recognized the real-life characters.

The novel is clearly drawn from Doyle's own couple years in Chicago when he, too, was right out of college, though it is fiction (and tinged with a bit of magic realism). But the main character in the book is not the narrator, but rather the city itself; Doyle has said the book is about "Chicagoness." And he gets Chicagoness so right: its people and food, buildings and alleys, weather and music, sports teams and public transportation, city workers and religious leaders. And the lake, especially the lake.

Doyle got that — and everything — right because he was so curious and paid attention, listening and watching, and then describing with such a rich vocabulary and fresh turns of phrase. It's a joy to read — and reminder that we should all pay such close attention to the places and people around us.

The book is also about "cityness" and "Americanness" and "how we depend on each other," he told the University of Portland student newspaper in April 2016 after the book was published.

"I think a lot of the common discourse lately is about our differences," he said. "I think the cult of independence in America is a mistake, the real answer is interdependence. We don't have to like each other but we have to attend to each other, I think that's part of the theme of the book."

Thirteen months after that interview, Doyle would be dead from a brain tumor at the age of 60, a tragic loss for his family and for readers everywhere. But while he was here, Doyle paid attention, and then described to us what he saw and what he learned, including how there is beauty in the small details of life, and how enlightenment can come from the most unexpected places and beings.

I highly recommend Chicago for your summer reading list (or winter one, if you're in the Southern Hemisphere) and would love to hear about your favorite Catholic novels. Drop me a line at hschlumpf@ncronline.org.

A version of this story appeared in the June 11-24, 2021 print issue under the headline: My favorite Catholic novels, past and present.