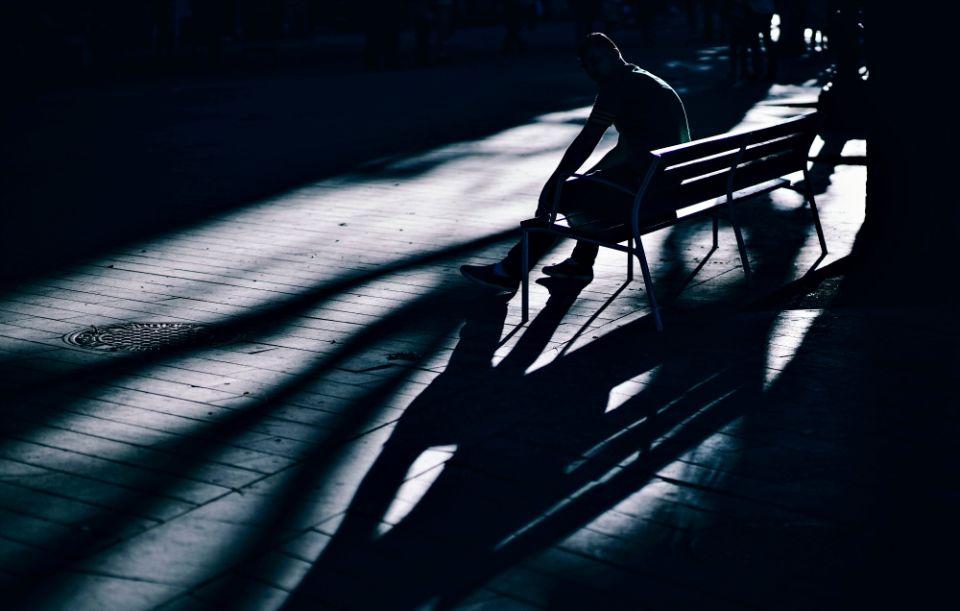 When famous people kill themselves, we can expect expressions of shock that "someone who had everything to live for" would do such a thing. The supposed buffer against despair and dread had collapsed. If that could happen to a model of societal success, what did that auger for the rest of us clinging to low rungs on that ladder?

So the endless clash between sacred and profane worlds grinds along. The American dream may fire ambitions, heighten striving, fill bank accounts, win prizes and esteem, but eludes soulfulness like an asteroid whizzes by and escapes Earth's gravity.

We can repeat forever the central Gospel warning against materialism and the bankruptcy of gaining the whole world but losing our souls, but the bullhorn of culture preaches that fame and riches betoken what the "good life" strives for. The hegemony of the capitalist message virtually blots out anything but ritualistic references to the virtues of Jesus' kingdom of heaven.

The professions of shock that a person basking in the showers of money, publicity and acclaim would end it all are, therefore, likely to reflect a jarring blow, at least momentarily. A hint of that other world grounded in selflessness, equality and grace rather than achievement does get through the wall of free enterprise armor. If it could happen to him ...

For centuries, suicide has been condemned by many Christian groups as wantonly destroying a creation of God for selfish motives that inflict great pain on family and friends.

No doubt some acts of self-destruction are aimed at blaming others for their fate, attempting to exact revenge or instill guilt, but we instinctively sense the causes cover a much broader array of mental states, even soulful ones.

Mental illness is obviously a leading factor. In my view, it typically masks a spiritual crisis that transcends strictly personal conflicts. In many cases, sane minds despair over inability to cope with the scope of structural realities like vast suffering and injustice, for example. Wider world issues merge with deeply personal ones to unleash the final death wish.

The branding of suicide as unforgiveable sin is therefore denial of the conflicts built into human existence that may make life intolerable and unsustainable. We cannot know the minds of those who make that decision with any precision, so to consign those deaths to everlasting disgrace is an exercise in ignorance and ethical rigidity.

I remember attending the funeral of a family member who had taken his own life. As closest relatives, we sat in the front pew while the clergyman declared his assurance that even though we all felt a burden of responsibility for this, and expected our departed one to face a thumbs-down judgment on the other side, he was confident that he'd get a break.

We were stunned. As we later talked about it, not one of us had felt guilt or that he was eternally damned. The clergyman had introduced an element that honestly hadn't crossed out minds. Our attentiveness to our departed one wasn't perfect, of course, but wasn't negligent either, and nobody believed the outcome was preventable.

It's my impression that suicides take place far more often than acknowledged. Obituaries have largely fallen into dysfunction, written increasingly by relatives, and a taboo on citing causes of death attributes nothing except car crashes and sometimes cancer, the death from which alone is often honored as a "long, heroic battle."

Unremarked upon are the subtle versions. There are clearly ways to end our lives, consciously or unconsciously, and they take place all around us. The friend from middle age on who won't go to the doctor. The smoker. The alcoholic or drug user. The workaholic. The daredevil, the driver who crashes into the abutment, the gun fancier. All these are usually accepted, however uneasily, by friends and fellow workers primarily as personal, legal choices. They won't get you a mortal sin label, yet they are things that can kill us from neglect and long-term abuse.

Kate Spade, Anthony Bourdain, Vietnamese Buddhist monks, Socrates and Robin Williams, all deeply compassionate souls so far as I know, ended their lives for reasons that seem to me to go beyond their particular psychological afflictions. Perhaps treatment might have made a big difference, as it can with anyone caught in such terrible turmoil, but I'm guessing there was also principle that involved seeing a world that had gone mad. Perhaps they should have stayed and fought or suffered in silence, but could not.

I support the suicide prevention call for vastly better treatment of mental health. No one should be dragged to death by emotional pain if a therapist could prevent it.

I also think we have a responsibility to create a sane climate wherein people aren't subject to the trials and insanities that inflict so much instability and desperation. That includes politics and economics. Sane societies require sane conditions, however imperfectly. When things get out of joint, there is a consequent mood change across society.

Haven't we all felt a deadening depression to one degree or another in the recent past? Don't we all have at least some sense of what leads to suicide? The vast majority won't carry it out, but I suspect that at least it's not entirely foreign.

We didn't sign up for a culture that confused "success" and "purpose," providing a deeply embedded blueprint for the former and the deluded notion that it will deliver the meaning of life, but we became immersed in it, so much so that the Christian option wouldn't stand much of a chance.

Imagining a large-scale shift toward a spiritual grounding envisioned by Jesus seems all but impossible, so we assign suicide remedies to personal therapy. Nothing wrong with that. But within a collective approach to re-orienting the sources of purpose beyond getting and spending, we'll likely see more of the same life-ending disillusions with materialism and protests against the way of this world.

Like all of you during the past week, I've seen the "how to tell when someone is suicidal" articles on the internet. My short answer, not meant as cynical, is: "when someone is born." Rather than seeing it as an aberration apart from mainstream chasing after the fruits of the marketplace, we need to see causes in our very midst.

[Ken Briggs reported on religion for Newsday and The New York Times, has contributed articles to many publications, written four books, and is an instructor at Lafayette College in Easton, Pennsylvania.]

Pope: If you let greed into your heart, all other vices will follow