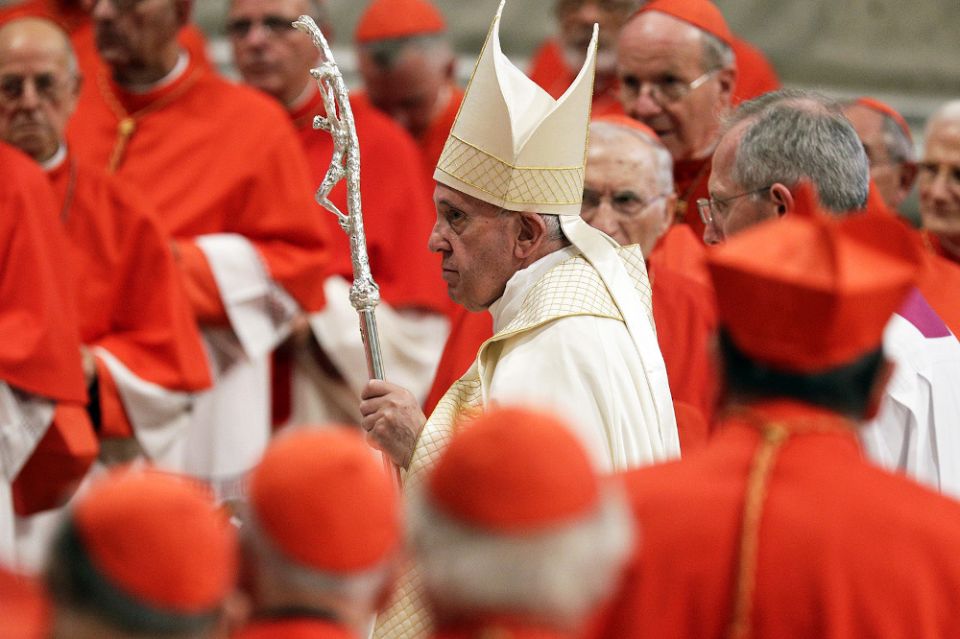 Pope Francis leaves after presiding over a consistory inside St. Peter's Basilica, at the Vatican, Oct. 5, 2019. (AP/Andrew Medichini)

With the appointment of 16 new cardinal electors, Pope Francis continues remaking the College of Cardinals with an emphasis on the person rather than the location of the bishop. Nowhere has that emphasis been more evident than in the United States, where he chose to elevate Bishop Robert McElroy of San Diego, while once again skipping over more senior bishops in traditionally cardinatial cities such as Los Angeles and Philadelphia.

He has also made the electors less Italian and less Eastern European but more Asian and African than they were when he was elected in 2013.

Francis has also reduced the portion of the electors who are from the Vatican Curia from 35% at the 2013 conclave to 24% now.

With the appointment of these cardinals, Francis is setting the stage for the election of his successor.

San Diego has never had a cardinal, whereas Los Angeles (the largest archdiocese in the country) and Philadelphia (one of the oldest) would have been considered cardinatial sees in the past. McElroy is a strong supporter of Francis and his concern for the environment, immigrants and the poor. He has not favored withholding Communion from abortion-rights politicians.

This preference for person over place was followed in appointments elsewhere. Of the 16 appointees, five are simple bishops, not archbishops. In Italy, for example, Bishop Oscar Cantoni of Como was made a cardinal, but neither the archbishops of Venice nor Milan were.

When Francis first did this in 2014, it was revolutionary, but he has continued this pattern whenever he has appointed cardinals.

Francis has also dramatically increased the portion of the college coming from Asia and Africa. After the August consistory, 16% of the cardinals will be from Asia and 13% from Africa. At the conclave that elected Francis, the percentages were only 9.4 for each continent. 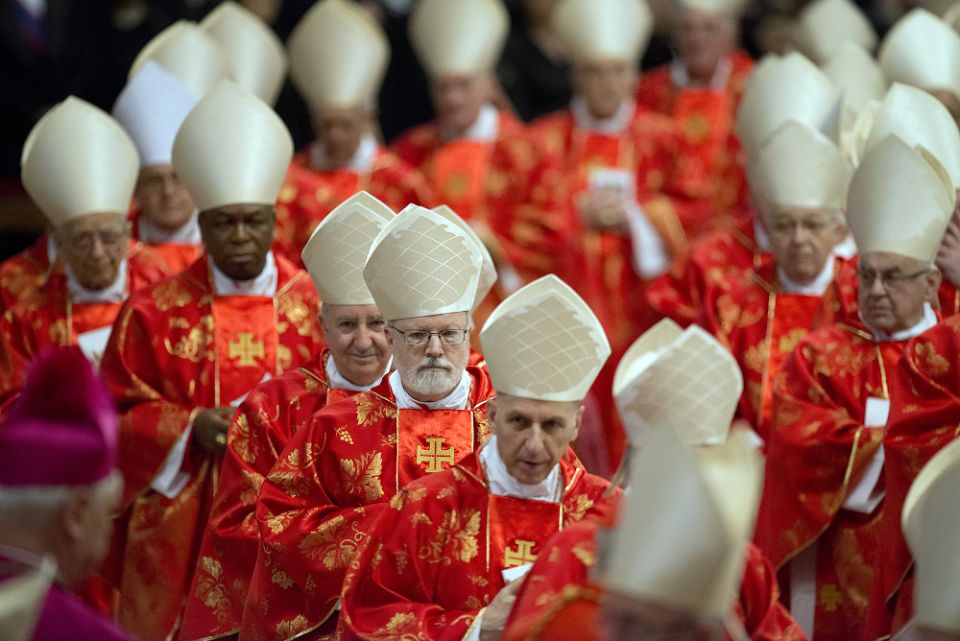 Cardinals leave the Pro Eligendo Pontiface Mass prior to the Conclave, March 12, 2013, at the Vatican. (Creative Commons/Jeffrey Bruno)

Italy has been on a rollercoaster under the last three popes. John Paul reduced Italians to 16.5% of the college. Benedict brought them back up to 24%, and now Francis has put them back down to 17.4%, still higher than at the end of John Paul's papacy.

Similarly, the Roman Curia has gone from 24% of the college at the end of John Paul's papacy to 35% under Benedict and back to 24% under Francis.

Europe now makes up 42% of the college, down from 52% in the 2013 conclave. Despite these losses, Italy and the rest of Europe will still hold a major bloc of votes at the next conclave.

Francis has shown no preference to his own part of the world. Latin America has about 16% of the electors, almost the same as in 2013. All of Latin America has fewer electors than Italy. John Paul II did not show such restraint in appointing cardinals from Eastern Europe.

Each pope puts his own stamp on the College of Cardinals, looking for prelates who support his views on where the church should go. Francis has now appointed 63% of the cardinal electors; 29% were appointed by Benedict and 8% by John Paul.

The odds are now in favor of having another pope who will continue Francis' policies, but you never know how cardinals will vote once they enter a conclave.