Pope Francis, Newman and the canonization of conscience 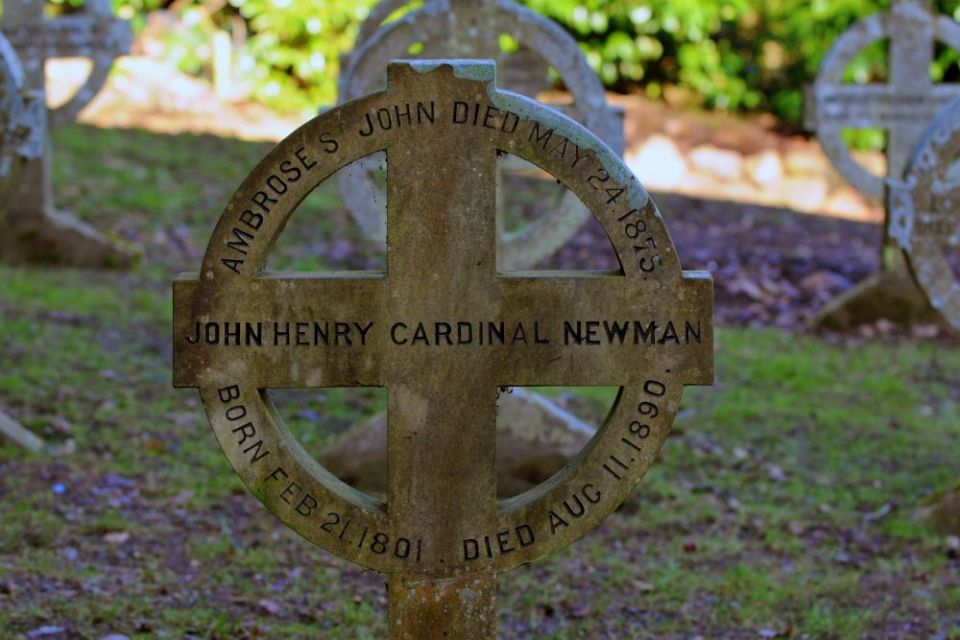 Few theological themes of Pope Francis have evoked as much opposition as his emphasis on conscience. Most notably, in Amoris Laetitia he said that the Catholic Church was called "to form consciences, not to replace them." In response, critics decried such language as an open door to the inevitable subjectivism of divorced and remarried Catholics deciding on their own to receive Communion. But the writer Austen Ivereigh has smartly noted that Francis' emphasis on conscience is in fact an appeal to a neglected if perennial church teaching. The canonization of Cardinal John Henry Newman, a great defender of conscience, provides an opportunity to consider anew the theological depths of Francis' turn to this neglected Catholic tradition.

Saints don't fit into the usual categories of right and left, conservative and liberal. And this is certainly the case with Newman, a 19th-century English intellectual giant and Catholic priest who at the height of his very considerable public renown left a distinguished post at Oxford to start a school and work among the poor of Birmingham. His groundbreaking theological and literary contributions led Pope Paul VI to call Vatican II "Newman's Council" and James Joyce to say that Newman was the finest English stylist of the 19th century.

Newman didn't write a theological treatise on conscience, but the theme played a prominent role in some of his greatest works — especially the  Apologia Pro Vita Sua (his classic account of his conversion from Anglicanism to Catholicism); Essay in Aid of a Grammar of Assent and A Letter Addressed to His Grace The Duke of Norfolk on Occasion of Mr. Gladstone's Recent Expostulation. Before Newman, the Catholic theological tradition affirmed a two-part, integrated understanding of conscience. First, conscience referred to an inalienable and general human orientation to seek truth, do good and shun evil. Second, conscience also referred to practical and specific moral judgments about something that has been done or is to be done.

Newman adapted this tradition in a distinctive way. He recast the notion of conscience as a general orientation by emphasizing more the connection of conscience to freedom, responsibility and belief in God. Newman found classic proofs for the existence of God to be wanting. By contrast, his personalist and felt experience of conscience provided all the "proof" he needed. He said of this experience: "When I obey it, I feel a satisfaction; when I disobey, a soreness — just like that I feel in pleasing or offending some revered friend. The echo implies a voice, the voice a speaker. That speaker I love and fear." In turn, Newman connected the practical judgment of conscience to his vivid sense that, in concrete moral matters, there is always an exception to the rule.

Conservative Catholics have praised Newman's writing on conscience for its emphasis on truth: The truth that Newman found in becoming a Catholic and the truth that he fought to defend against the relativizing forces of 19th-century philosophical liberalism. Similarly, conservatives have praised his rejection within the church of a singular reliance on what he called "private judgment" or conscience. But this conservative appreciation of Newman has often overlooked how he situated conscience within a richly personalist, affective, social and historical world. Indeed, he rejected a singular emphasis on a subjectivist, "private judgment." But, at the same time, he affirmed an indispensable role for conscience in the life of the church when he said: "Catholic Christendom is no simple exhibition of religious absolutism, but presents a continuous picture of Authority and Private Judgment alternately advancing and retreating as the ebb and flow of the tide … ." Here Newman anticipates a mutuality of which Francis has similarly said: "We should not even think, therefore, that 'thinking with the church' means only thinking with the hierarchy of the church….No; it is the experience of 'holy mother the hierarchical church' … the church as the people of God, pastors and people together."

Moreover, Newman's most famous statement on conscience — "Certainly, if I am obliged to bring religion into after-dinner toasts … I shall drink — to the Pope, if you please — still, to Conscience first, and to the Pope afterwards" — has found disfavor among Catholics favoring a strong role for the infallibility of the church and the pope. Catholic legal philosopher John Finnis reflected this view when he said that Newman's toast wrongly signaled that the conscience of a Catholic could be excused from being bound by the universal and exceptionless commandments that are the object of the church's infallibility. To be sure, Finnis' claim of what constitutes an infallible moral teaching is hotly contested. But the contrast is apt between Finnis' portrayal of a conscience bound by universal, exceptionless commandments and Newman's evocation of a conscience attuned to a world "where exceptions there must be in all concrete matters." Here also we see the contrast between the criticism of the subjectivist conscience by John Paul II in Veritatis Splendor (a criticism that is similar to Finnis' argument about Newman) and the praise of the prudential conscience by Francis in Amoris Laetitia.

With Francis, it is crucial to understand that the recovery of the Catholic tradition of conscience is not a turn to subjectivism but is founded on an Ignatian respect for the immediacy of the encounter in conscience between each person and Deus semper maior, the always greater God. Pope Francis spoke of such an encounter when he explained his refusal to judge homosexual persons of good will who are searching for God: "Religion has the right to express its opinion in the service of the people, but God in creation has set us free: It is not possible to interfere spiritually in the life of a person." In saying this, he might well have been channeling Newman who himself specifically evoked Ignatian themes when he wrote of conscience: "For here again, in a matter consisting in the purest and most direct acts of religion,-- in the intercourse between God and the soul, during a season of recollection, of repentance, of good resolution, of inquiry into vocation,-- the soul was 'sola cum solo;' there was no cloud interposed between the Creature and the Object of his faith and love."

The Catholic tradition of conscience is in a time of renewal. The canonization of Cardinal Newman confirms the sound theological depths of this turn.

[David E. DeCosse is director of religious and Catholic ethics at the Markkula Center for Applied Ethics at Santa Clara University.]

Read this next: With Newman, the church gains its 'saint for modern times'

Commentary | Pope Francis, Newman and the canonization of conscience

After 'Amoris Laetitia,' what's next?