Pope Francis is not going to resign, yet 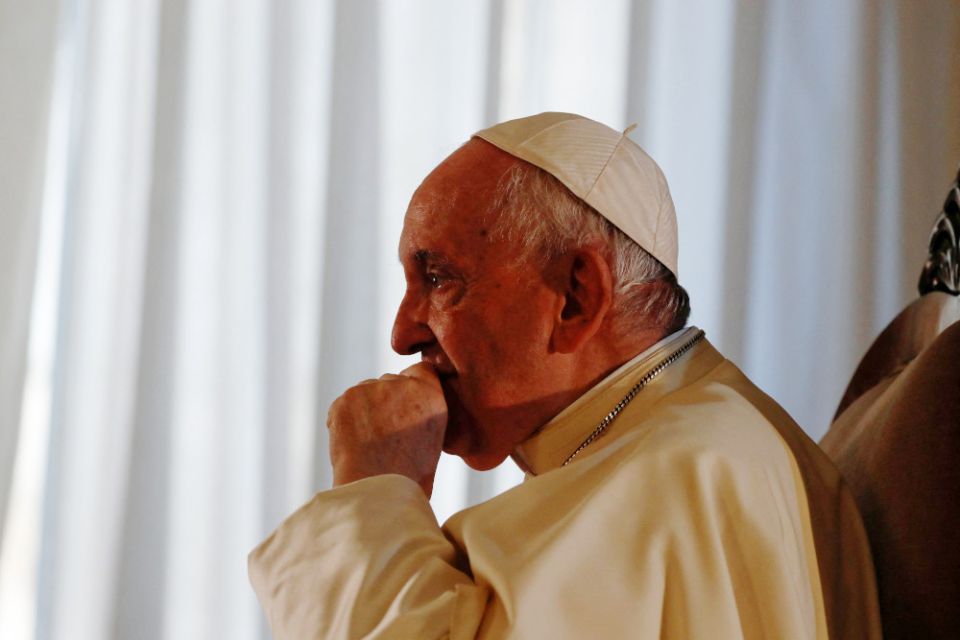 Pope Francis looks on during an exclusive interview with Reuters at the Vatican, July 2. (CNS/Reuters/Remo Casilli)

In recent interviews with journalists, Pope Francis has responded to a rash of rumors about his future by making clear he has no plans to resign.

Francis told Philip Pullella of Reuters that the thought of resigning "never entered my mind. For the moment no, for the moment, no. Really!"

At least not yet. Francis qualifies his denials by noting that he might resign if failing health one day made it impossible for him to run the church.

But for the moment, Francis still feels up to fulfilling his duties. He admits he has trouble with his knee, which has caused him to use a wheelchair and to cancel his long-awaited trip to Africa. His knee now allows him to walk with a cane. His trip to Canada is on, and he still wants to go to Moscow and to Kyiv, Ukraine's capital, as soon as possible.

He denies he has cancer, joking with Reuters' Vatican reporter that his doctors "didn't tell me anything about it." His six-hour surgery last year, he said, was for diverticulitis. He dismissed the cancer rumors as "court gossip." He did acknowledge that he had a bad reaction to the general anesthetic during the surgery, which made him reluctant to undergo surgery for his knee.

While denying he needs to do so himself, Francis holds up Pope Emeritus Benedict XVI as a model of a pope who courageously resigned when he could no longer fulfill his duties.

But Francis makes clear he would not follow Benedict's example on how to be a retired pope. Benedict, the first pope to give up the throne of St. Peter in 600 years, set his own course, taking the title "pope emeritus," continuing to wear the papal white cassock and living inside the Vatican.

Francis told TelevisaUnivision that if he were to resign, he would retire to a house for priests in Rome, but not within the Vatican walls. He mentioned the Archbasilica of St. John Lateran, where he would hear confessions and visit the sick, just as he had planned to do when he retired as archbishop of Buenos Aires, Argentina. 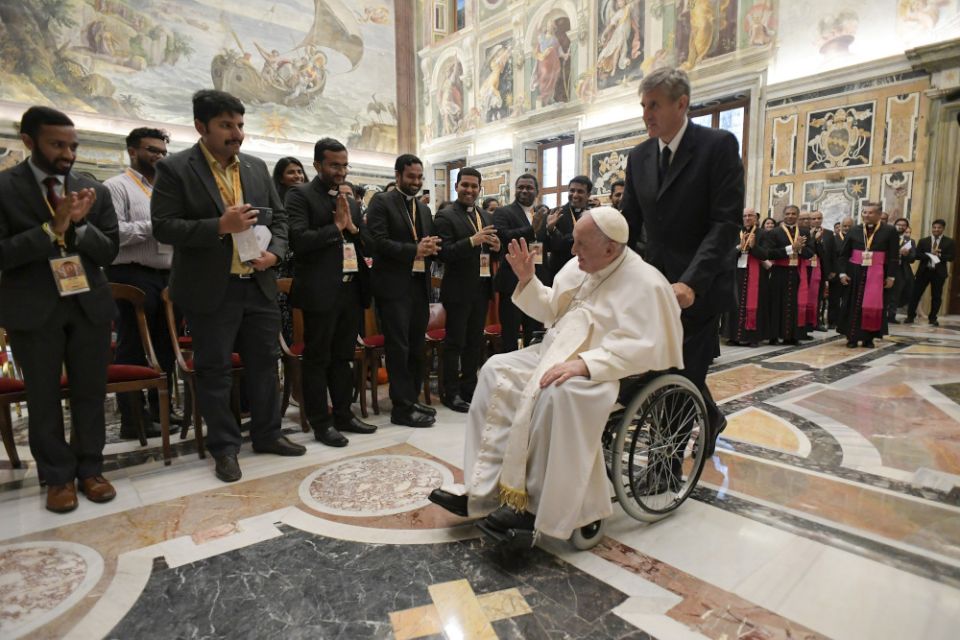 Pope Francis is pushed in a wheelchair by his aide, Sandro Mariotti, during an audience with participants in the Syro-Malabar Youth Leaders Conference, at the Vatican June 18. (CNS/Vatican Media)

In interviews, he refers to himself as becoming the "bishop emeritus of Rome," not "pope emeritus." He praised Benedict for "supporting the church with his kindness and with his retirement" but indicated the need "to delineate things more" and create explicit guidelines for the role of retired popes.

To avoid any criticism of Benedict, Francis calls the initial framework created by Benedict a "first step" in need of further delineation. But some, including me, have criticized Benedict's use of the title "pope emeritus" and the wearing of papal white. I also believe that a retired pope should return to using his baptismal name. Thus, in retirement, Benedict would officially be known as Cardinal Joseph Ratzinger, bishop emeritus of Rome.

There is room for only one pope in the Catholic Church. New rules are needed to make that clear by suppressing the "pope emeritus" title in favor of "bishop emeritus of Rome." A retired pope should wear cardinatial robes and use his baptismal name until he dies, when he would be buried with full papal honors and ceremonies.

Other symbolic gestures might also be considered. For example, the retired pope might line up after the conclave with other cardinals when they swear their allegiance to the new pope. As a retired pope, he could have seniority over other cardinals. 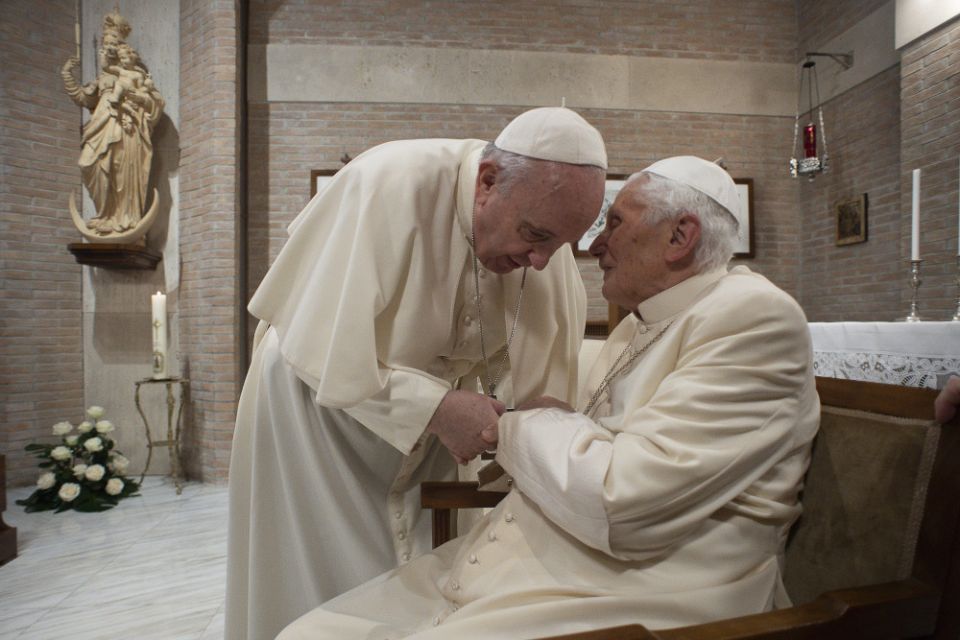 Pope Francis visits with Pope Benedict XVI at the retired pope's residence after a consistory at the Vatican in this Nov. 28, 2020, file photo. (CNS/Vatican Media)

And there are other practical questions as well. If Francis does retire, he will have to consult Vatican lawyers before he decides where to live. As pope he is a sovereign head of state and exempt from subpoenas and depositions. When he retires, he might lose such protections.

If Benedict had retired to Germany, he might have been hit with legal papers by lawyers representing abuse victims and others. Lawyers cannot touch retired popes as long as they remain in the Vatican or one of its extraterritorial properties. Perhaps this is why Francis mentioned living at St. John Lateran, which is extraterritorial.

Whatever the case, better guidelines for retired popes are needed. Francis seems to be proceeding gently in that direction so as not to appear critical of his predecessor. As a courtesy, Benedict could be exempted from the new guidelines, or their implementation could be postponed until after he dies.

There will be more retired popes in the future, and the church needs to be prepared.

Opinion | Pope Francis is not going to resign, yet