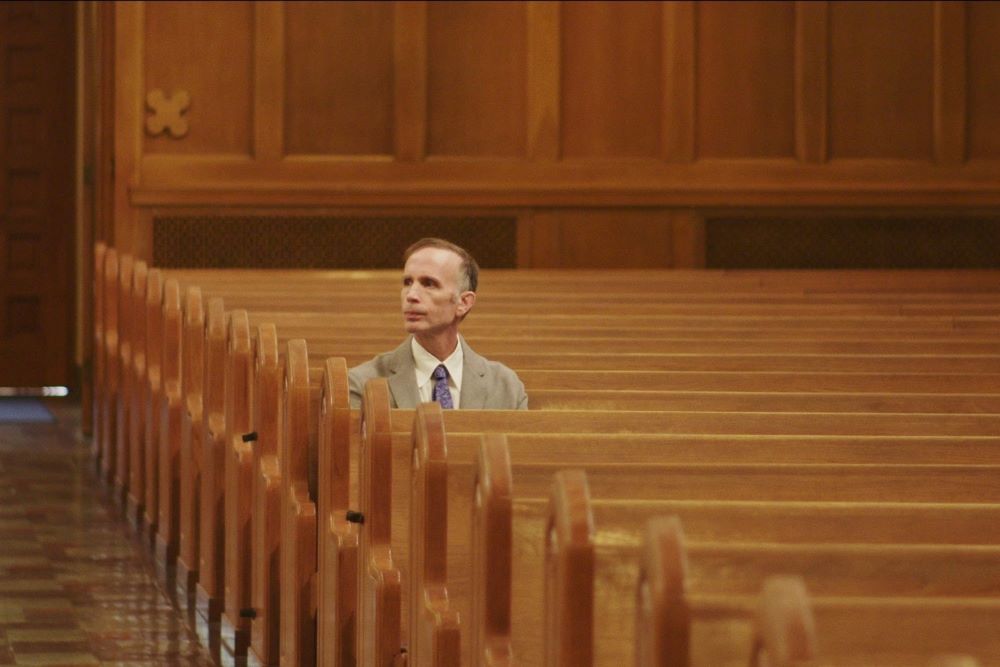 When Pennsylvania's grand jury report on clergy sex abuse was released in 2018, Kansas City, Missouri, attorney Rebecca Randles wondered how many clergy in her diocese, as well as in St. Louis, Missouri, and Kansas City, Kansas, had been accused of abusing children. She called a press conference and announced that 230 alleged pedophile priests had been identified and called for Missouri and Kansas authorities to begin investigations.

Four survivors appeared with Randles at the press conference, three of whom spoke, including Michael Sandridge, who came from a parish with four accused priests, and Tom Saviano, who said he was abused from third grade until his family moved when he was in eighth grade. The survivors' emotions are visible onscreen. Sandridge expresses anger at the statute of limitations he said protected the church from prosecution and that accusations were deemed not credible, despite corroboration by other victims.

When award-winning documentary filmmaker Robert Greene saw the press conference, he contacted Randles and told her that he and his producing team were interested in working with the men. What they created together is one of the most unique approaches to documentary filmmaking about an exceedingly difficult subject — so much so that the film transcends the crimes and injustice it exposes.

"Procession" premiered at the Telluride Film Festival in September and is now streaming on Netflix. With the assistance of drama therapist Monica Phinney, the now six-member team of survivors — Joe Eldred, Dan Laurine, Mike Foreman, Ed Gavagan, Sandridge and Saviano — agreed to write and dramatize scenes from their experiences as a way to heal. I interviewed Greene via Zoom and I asked why he decided to let the subjects become the story.

Greene told me that as the director, he had to listen, get out of the way and allow the survivors to feel empowered in telling their stories.

"There are two reasons why we handed over the power to the participants in the film here. One, a film has to be useful to the participants on screen because while there is a lot of talk about how documentaries change the world … I know for sure that they change the lives of the people you are filming," Greene said.

The other reason is Randles. "She's an extraordinary woman and she told me very early on, 'These guys have had their power taken away over and over again, and all you have to do is never, ever take their power away.' "

The film opens dramatically with a bishop, played by Saviano, processing down a church aisle to baptize a baby. The godfathers, played by the other survivors, answer the questions until Foreman can no longer take it and leaves. This scene blends into the next one: boys in a pew, waiting to go to confession. There is a close-up of a boy who appears about 10 or 11. He is looking closely at the cross around his neck. In the next scene, the bishop instructs a group of altar boys about their duties. When he hands the thurible to one boy, played by local actor Terrick Trobough, the bishop whispers that only special boys get to use the thurible to spread the incense.

Saviano, who was not able to tell his story because his case is still going through the legal process, agreed to assist with the film to support the men he had come to know. He takes the parts of the clergy abusers. I can only imagine how difficult this was for him.

I did have one concern, however, and that was for Trobough. I asked Greene how they told the youngster about the story and the roles he would be playing. Greene said that they were at times concerned, but that they simply explained the situation to the 12-year-old, who was accompanied by his parents during the filming. (They appear in at least one scene.)

“He understood exactly what was going on," Greene said. "Dan Laurine cast Terrick in the film because he saw this quality of irresolvable strength in him. We couldn't have expected how empathetic he was. He rose to the occasion every single moment."

The film goes back and forth between the painful process of remembering details and creating the scenes that dramatize them.

Some parishes in the Diocese of Kansas City, Missouri, allowed use of their churches for filming, as did the Diocese of Cheyenne, Wyoming, where the former bishop, Joseph H. Hart, was accused of abusing boys and one girl in his home diocese of Kansas City, Missouri, as well as Cheyenne. The Vatican has cleared Hart of some of the charges, but said others could not be proven "with moral certitude." Prosecutors in Wyoming have also so far declined to pursue the matter.

Eldred is one of Hart's accusers. His journey to revisit and relive finding the house at Viking Lake, Missouri, where Hart and another priest, Msgr. Thomas O'Brien, were accused of taking dozens of boys and assaulting them, is one of the most devastating parts of the film.

Eldred talked to me about his experience making the film. "I was really hesitant at first. I wasn't sure of the intent of the film," he said. But Greene and his team quickly earned Eldred's trust. "When he basically gave us control of the film and let us do what we wanted to do and accomplish, it didn't take terribly long for me to get fully on board," he said.

He added that moments "were emotionally charged," the film ultimately felt cathartic. "I am so much better now than three years ago when I began this journey," he said. "I’m happier. I am more present to people than I was before. Just being able to express myself and speak out to what happened in a healthy way is something that was hard for me earlier."

After the alleged abuse at a house owned by priests at Viking Lake, Missouri, Eldred had been plagued by nightmares for decades, which lasted until July 2019, when they found the house. "I was scared to go to sleep because I knew chances were if I didn't have a nightmare last night, I'd probably have one now," he said. "I'd wake up and have to calm myself down but I was really still in the nightmare and the demon would raise from the foot of the bed. But all that has stopped. My personal relationships with my wife (who has always been supportive) and kids are all better. It's all just better."

Speaking about returning to that lake house was empowering and weird, but that he feels so lucky, that out of the hundreds of boys, now men, who made accusations against Msgr. Thomas J. O’Brien, he was able to go back and reclaim that space. He hopes that the priest's other accusers will be able to have this same experience.

Although Eldred now attends a very supportive non-denominational Christian church, he says that he would never ask anyone to not be a Catholic. "I just ask people to recognize that bad priests do exist in the whole sea of good priests, and to honor the victims, to believe the victims, to not step on them to honor a criminal because that is what a pedophile priest is — a criminal and a rapist. I'm not trying to get Catholics to change their faith. The last thing I want to do is to ruin anyone's faith. 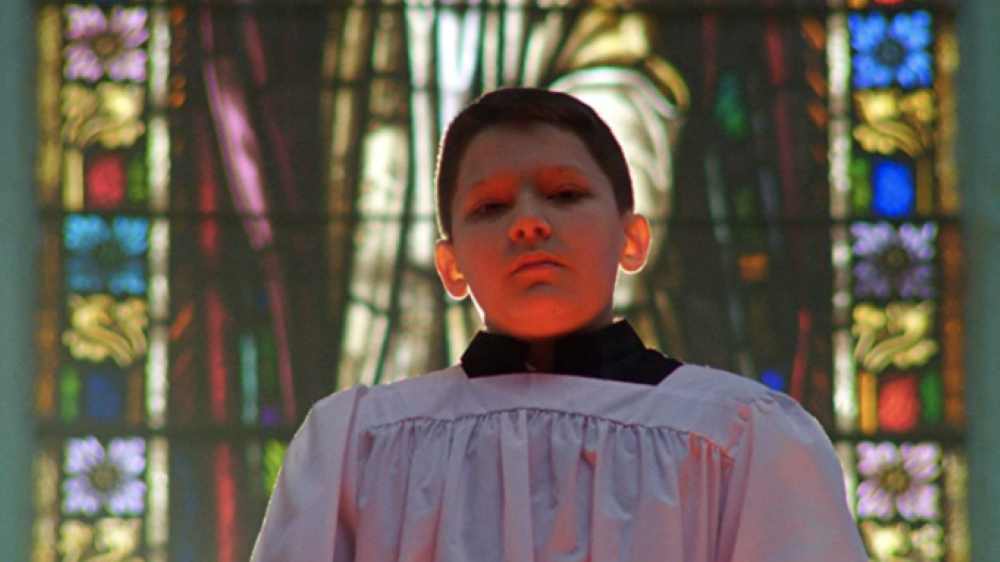 "I just want victims to finally have peace and no longer be treated like they are liars," he said. "That is one of the hardest things, to be called a liar. Even by relatives. It is demeaning and takes out any wind you have left. It's a dangerous thing as well because a lot of victims are just walking that fine line and could easily cross over to suicide. It's hard for an adult man to speak out publicly about being sexually assaulted in the United States. It is like it says in the Bible (1 Peter 1:7), the church is like gold being refined by fire.”

Eldred believes that if the Diocese of Kansas City, Missouri had acknowledged clergy sex abuse instead of hiding it, it would be a healthier diocese. He thinks Bishop James V. Johnston, who in 2015 came from the Diocese of Springfield-Cape Girardeau, where Eldred now lives, is doing well so far, but  has a hard task ahead.

Director Greene hopes "Procession" can be a healing space. "We also want the independent review board system to be re-evaluated, and frankly, if there are any survivors who feel empowered by our film and feel that they can take a step forward to find healing, then that's what we want most of all," he said.

Forman's outrage at being dismissed by the Diocese of Kansas City, Kansas, threads through the film and commands our attention. Saviano waits silently for a decision on his case. Eldred no longer has nightmares. The faces of Dan, Michael and Ed show how they are reliving this long procession toward freedom.

An unforgettable scene for me is when Michael Sandridge, who is scouting church locations, says, "Look at those windows. Stunning. You would never think that something bad might happen here."

"Procession" is a human, spiritual and faith journey about crimes that are still to be acknowledged, a too-long process of healing fueled by the hope and longing for acknowledgement, justice and restitution. The men who tell their personal stories are the priests of their sacramental narratives, their heartbreaking vignettes the outward dramatizations of their inner realities. The men are brave, and gracious, beyond measure.

A version of this story appeared in the Jan 7-20, 2022 print issue under the headline: 'Procession' is a unique documentary about a journey from trauma to healing.