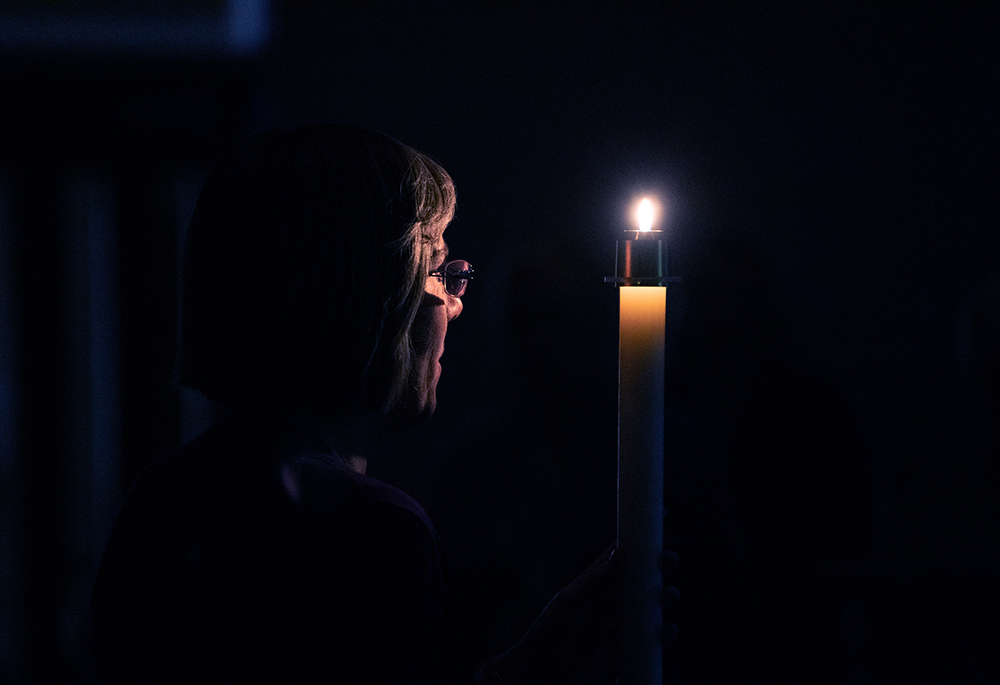 Benedictine Sr. Jennifer Mechtild Horner, prioress of the Sisters of St. Benedict of Beech Grove, Indiana, holds a candle symbolizing the light of Christ during a prayer service at the Our Lady of Grace Monastery Dec. 1, 2018. (CNS/Katie Rutter) 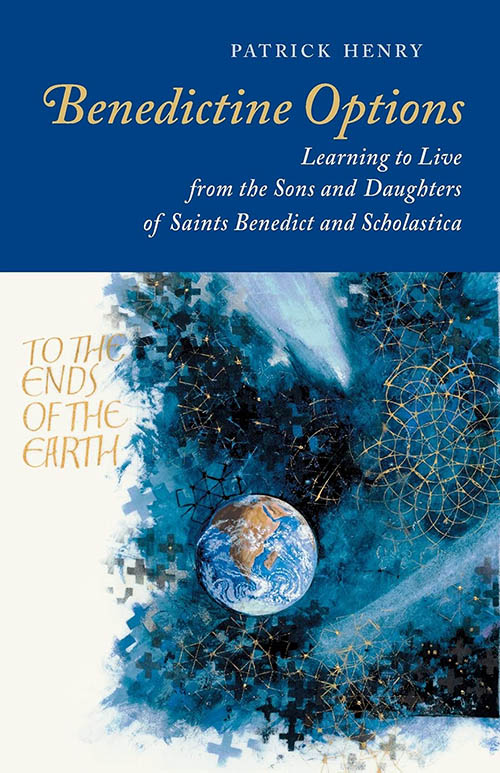 Benedictine Options: Learning to Live from the Sons and Daughters of Saints Benedict and Scholastica
Patrick Henry
176 pages; Liturgical Press
$19.95

Someone had to do it: refute the underlying premise of Rod Dreher's 2017 The Benedict Option: A Strategy for Christians in a Post-Christian Nation. The one who took up this challenge was Patrick Henry, former professor of religion at Swarthmore College, previous executive director of the Collegeville Institute for Ecumenical and Cultural Research, and author of nine books.

Dreher asserts that there is only one option for Christians and that is to escape a secular world grown "cold, dead and dark." To love finite things more than God produces a disordered world. The option he offers is to escape to the rarified environment of a Benedictine monastery, as did the 16 men who live in Norcia, Italy, where the pre-Second Vatican Council world is on full display. They offer the singular option of escape from the dark age that might last for several centuries.

In Henry's book, Benedictine Options, he not only challenges Dreher's conclusion but he explores the many Benedictine options; the "s" signals the differences in these two volumes.

Dreher is convinced of the need for "restoration" of the Christian West, while Henry maintains that Benedictines are constantly "rebuilding" and changing. Citing St. John Henry Newman — "to live is to change and to be perfect is to have changed often" — Henry offers as evidence the rebuilding movements of Benedictines throughout history, such as the Cluniacs, Cistercians and Trappists.

The subtitle of Henry's book — "Learning to Live from the Sons and Daughters of Saints Benedict and Scholastica" — speaks volumes about the way he proceeds. His book is not only a refutation of Dreher's anthropology and history, but an exploration of Benedictine communities of ordinary people living extraordinary vowed lives of prayer and community in service to the world.

The book seeks to answer the question of how these ordinary laypeople get to be the way they are and what can we learn from them.

Henry suggests that Benedictine life is experiential, rhythmical, communal and ecumenical, all woven together by the narrational, through story. Benedictine discipline is the anchor for their spontaneity; their daily rhythm is natural — there is work, sleep, study and psalms. The abbot or prioress is the head, but the leadership listens to the discerning community providing a third way through the perils of hierarchy and democracy.

Benedictines are ecumenical. Their life is shaped by the psalms in all their great variety and these "grind down the edges of ecclesiastic exclusivity." This allows these men and women to be open to and learn not only from other Christian denominations but other non-Christian traditions as well.

Henry suggests that the issue of an evil world has been dealt with in various ways, but monasticism offers a unique response. The Gnostics cynically believed that only the few were saved, the Pelagianists optimistically and romantically asserted that redemption is within our power, and the Donatists suggested that the church is a fortress against injustice and evil. History offers evidence that none of these views is successful.

Monasticism offers an alternative. It is a family and school of service. Benedictines live to serve the world through the work of justice, hospitality and advocacy.

For Dreher, there is no middle ground. In order to love God, one must retreat to a gated fortress with the drawbridge pulled up. His Benedictine option is to train the "Marines of religious life," who are ready for spiritual warfare.

Henry sees a different Benedictine world of many options. These provide answers to how to live as a Christian in the world. They offer a fresh understanding of how to join the local and global, and how to create an openness to the world and break down the distinction between the sacred and the secular through hospitality.

For Henry, these Benedictine options flow from the love, gratitude and humility that shapes the lives of ordinary men and women as open, curious and innovative, servants of the world. Benedictine Options is Henry's appreciative and vigorous defense of the many Benedictines he has known. It is from observation of their lives that one gains insight into the spiritual life that is not taught but caught. One gets it through contagion.