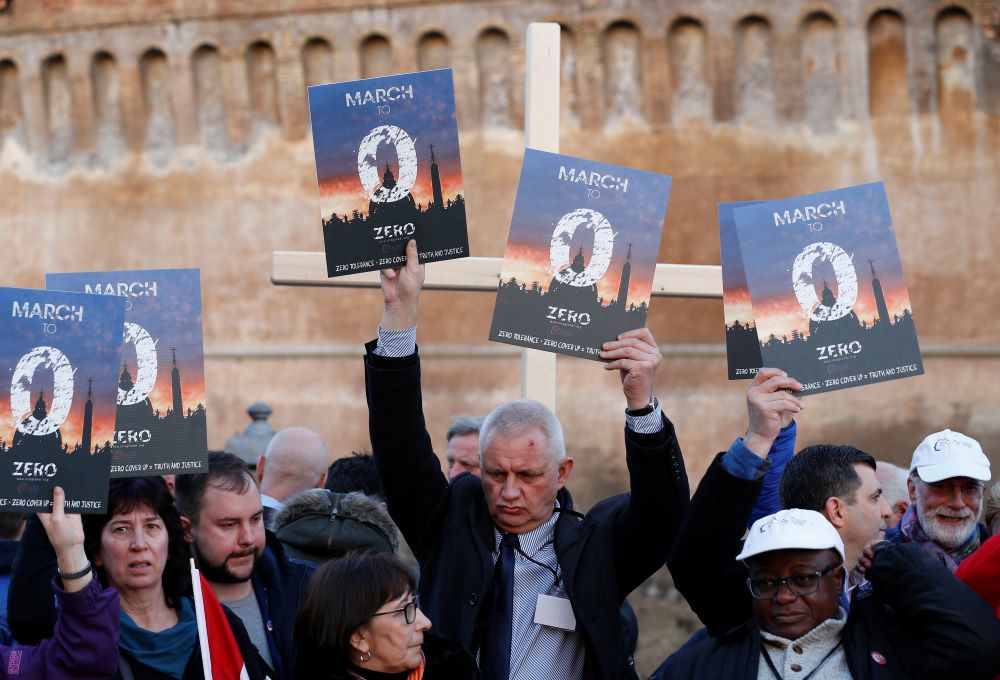 Clerical sex abuse survivors and their supporters rally outside Castel Sant'Angelo in Rome in this Feb. 21, 2019, file photo. (CNS/Paul Haring) 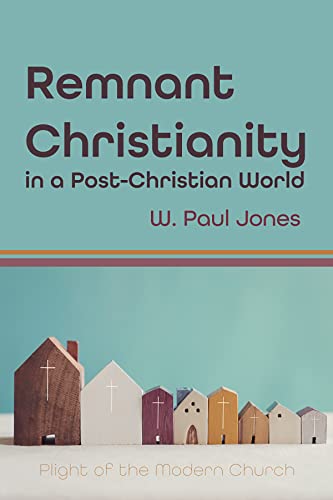 More evidence that American Christianity continues to sabotage itself appeared in the latest Pew Research Center survey on the religious composition of the U.S. population.

It showed that almost one-third of Americans now identify as religiously unaffiliated. And although Christians remain a majority of the American population, "their share of the adult population is 12 points lower in 2021 than it was in 2011," the report said.

That rush downhill, a statistical landslide that began more than 50 years ago, continues to accelerate — and now includes not just Mainline Protestants but also evangelicals and Catholics. (Yes, some of these categories overlap).

In his essential latest book, Remnant Christianity in a Post-Christian World: Plight of the Modern Church, Fr. W. Paul Jones — once a United Methodist minister and seminary professor, now a Trappist monk and Catholic priest — deftly unpacks why the Christian church in America seems intent on wounding itself. Then he suggests some long-term strategies.

As Jones points out, American Christianity acts as if the way to rid the church and culture of various poisons is to swallow those very poisons or pretend they don't exist. What poisons? Sex abuse scandals, defense of a predatory economic system that crushes the poor and exalts the rich, an outlandish insistence that criticizing the government makes one unpatriotic, a preference for cheap grace over costly discipleship, a failure to communicate the sine qua non of the Gospel, a habit of bedding down with power. And more.

Any hope for the church, he insists, depends on raising up a faithful remnant in the midst of a church and culture that are shaking themselves apart. Facing reality is critical, Jones writes, because no matter what pattern of remnant Christianity, if any, is adopted, "there will continue to be church closings, mergers of congregations, selling of church buildings, diminishing of denominational translocal agencies, minimization of ecumenical ventures, online clergy training, part-time local pastors and an increasing reliance on lay leadership."

Jones' analysis of the problem is concise and convincing: "Our churches, much like our secular society, are tempted to defend themselves in a manner that threatens to sacrifice the very fabric that makes itself worth preserving. The Americanization of Christianity is proving to be a process of custom-tailoring diminishment."

He praises a Christian understanding of sabbath because it "symbolizes the Christian's ability to do nothing and feel no guilt. In contrast to society's obsession with doing, the Christian's doing is laced by the holy leisure of worship, when everything is declared off limits except imaginative ways of romping with God in the wonders of creation's seventh day, anticipating the eighth." But the fact that "all of this sounds foolish to the modern mind witnesses to why the church is in diminishment."

Because this decline shows no signs of stopping, he writes, it's time to turn to what may seem like a radical solution: A series of remnant Christian groups that can live out and preserve the faith for a time when at least some members of the rest of the culture (including parts of the church) realize the hollowness of the idols they've been worshiping and seek, instead, the life-giving, redemptive, healing approach the spirit of the living Christ offers.

Jones' proposed solution is perhaps less important in its details than his recitation of current demoralizing conditions on the ground. So it may be wise to see his ideas about a remnant Christianity as an opening proposal that the church — finally startled by its vulnerability and potential demise — can adapt and adjust in a postmodern world in which no answers seem definitive, no truths final and no solutions cogent or effective enough to be considered guaranteed successes.

Jones' own life clearly reveals an openness to hearing God's call to adopt new ways of living based on divine callings. Whether as a Methodist teacher of seminary students, a monk in silent community or a priest offering the Eucharist to the spiritually hungry, Jones has committed himself to living, as he says, as if the Christian story is true by wagering on the Christ event — partly because he believes that it is, in fact, true and partly because he wishes to live in no other way even if his wager is wrong.

An American church — whether Protestant, Catholic, Orthodox or something else — that cannot hear the loud waterfalls toward which its craft is speeding seems at times not to be serious about trying to save itself. Jones wants no part of that. He wants and proposes solutions. And my guess is that once readers understand his persuasive arguments, they also will hunger for regenerative answers.