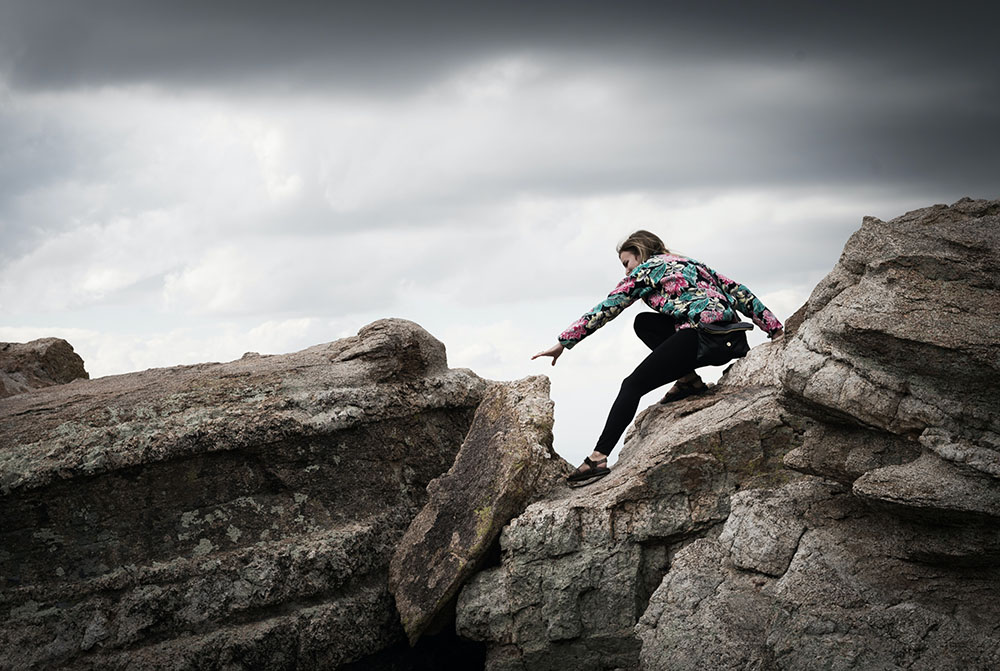 The Easter Sunday Gospel seems very disappointing. After the blowout of the vigil, today’s Gospel presents “good news” of confusion, misunderstanding and at least a touch of fear. Maybe we should let Peter and Paul lead us through the day.

To understand Peter’s homily, we need to see it in the context of the whole chapter of Acts 10. Peter preached this in the home of the Roman centurion, Cornelius, as he was about to baptize the first official Gentile Christians. This incident describes the bridge on which the faith crossed from belonging to a small group of the chosen people to embracing “everyone who believes in [Jesus of Nazareth].”

Peter’s earlier homilies cited the traditions of Israel; now, among the Gentiles, he simply proclaims that God anointed Jesus with the Holy Spirit and power and that Jesus went around doing good. Peter carefully described Jesus’ death and the fact that God raised him up “and granted that he be visible, not to all people, but to us, the witnesses chosen by God.”

To a skeptic, that is a terribly flimsy argument. In effect, Peter was saying: “Everyone knows Jesus died. Lo and behold, a few of us were privy to seeing him alive again!”

Why would anyone believe that? Why would Jews accept being excommunicated from their synagogues and Romans risk the derision of their sophisticated, anti-Jewish colleagues on the basis of such statements made by former fishermen or tax collectors — and even by women?

Those of us who’ve been churchgoers for most of our lives often assume the Resurrection like we assume that the sun rises in the morning. It’s part of our often-unquestioned worldview.

In fact, bringing real critical questions to the topic might lead us to shaky ground. Really, why would Peter’s audience (or we) accept such an absurd story? What was happening that led people to side with the disciples and believe what they had not seen for themselves?

It has to do with what Peter and Cornelius shared. In Cornelius’ house, Peter witnessed the presence of the Holy Spirit, and because of that, he took the unprecedented and scandalous step of baptizing Gentiles.

In choosing this scene for our Easter liturgy, the church reminds us that discipleship does not flow from dogma or theology and has nothing to do with ethnicity, status or gender. Christian discipleship is truly catholic, meaning universal. Peter’s teaching and action affirmed the truth that Christian discipleship springs from an experience of God’s Spirit as revealed in Jesus.

Here’s where Paul helps us out. In the Letter to the Colossians, he tells us, “If then you were raised with Christ, seek what is above. ... For you have died, and your life is hidden with Christ in God.”

Paul is inviting the Colossians to remember a personal experience — the metanoia, the conversion and new insight after which nothing could be the same. Their conversion and Christian commitment did not result from hearing a rational argument or an advantageous proposal; it flowed from a shared experience of God’s grace/Spirit working in and among them, convincing them beyond reason that Jesus was the Messiah.

For the Colossians as for Cornelius, the experience of the risen Christ and the grace of the Spirit was like the experience of the first disciples who accepted the call to follow Jesus wherever he would lead. Although it may have begun with an overwhelming experience of faith and hope, it became real over the course of a lifelong series of moments of insight followed by questions, temptations, failures and recommitments.

This helps us appreciate the puzzling rationale for the church’s use of this ambivalent Resurrection narrative on Easter Sunday. Today’s inconclusive Gospel forces us to remember that faith is always a risk.

Real faith fears no questions or doubts because it knows that God is bigger than our imagination. Faith invites us into a commitment that offers no insurance policy except that which comes from experiences of grace that are as strong and certain as they are inexplicable.

Today’s Gospel invites us to accompany Peter or John or Mary during the early hours of the first Easter as their certainties about death and failure were thrown into question. They allowed themselves to be confused. They didn’t know the answers, but they permitted their hearts and minds to break open.

God’s plan in Jesus is far bigger than our imaginations. Today, let us not be afraid to face the tomb of old certainties and become thoroughly confused and, naturally, even a bit afraid. Easter reveals God’s desire to transform our doubts, worries and fears into blowout experiences of the Spirit.

God’s plan is for this to happen again and again, leading us to “go around doing good” just like Jesus did.