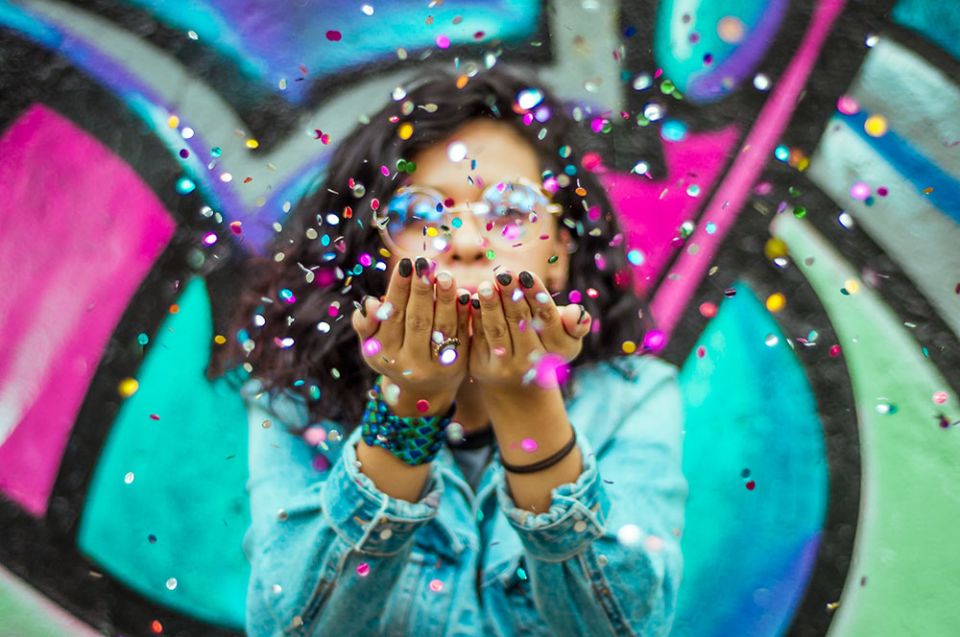 What’s the message of the story of the prodigal son? Is it repentance? If so, we would have to admit that the young man’s repentance was motivated almost entirely by his own self-interest. He was dying to eat pig slop. Just about anything would look better than that! Such repentance sets a pretty low bar.

Is it forgiveness? The father never said a word about forgiveness or absolution or “I’m glad you learned your lesson.” Even when the older brother whined, the father said nothing to excuse the younger one’s behavior. He simply pointed out that everything he had belonged to the elder as well.

And he threw a party.

During ordinary time, the first reading and Gospel are related while the second reading gives us a continuous look at New Testament letters. In the seasons of Advent, Christmas, Lent and Easter, the three readings work together to draw us into the mystery of the day. Therefore, to know what the liturgy wants us to take from this Gospel, we can find clues in the other two readings and the psalm.

In today’s selection from the Book of Joshua, the Israelites are in a long-awaited moment of transition. God says, “I have removed the reproach of Egypt from you.” The people were no longer slaves, and, just about as important, they were no longer desert wanderers. They had come into a land where, instead of waiting for “bread” to drop from heaven, they were eating the fruit of the land just as Adam did at first in the garden, and then by the sweat of his brow. No matter that they had to toil, build their homes, dig their wells, etc., they were free agents, images of their creative, fruitful God.

Our selection from the Second Letter to the Corinthians builds on this message in the very first line: “Whoever is in Christ is a new creation; the old things have passed away ... and all this is from God.” This is all about a new condition, a freely offered new way of being and living.

Both readings reflect on the situation of the young degenerate who left home and blew his father’s fortune on what he thought would be the good life. The young man really did bring reproach upon himself as he all but sold himself into slavery.

Perhaps the humblest thing he ever said was, “I no longer deserve to be called your son.” But even that statement didn’t quite clear the bar for truth.

“I no longer deserve” presumed that once he had deserved the status of being a member of the family. In truth, he never could have done anything to earn that prestige. It was an accidental, unmerited condition of the good fortune of being born into that family whose prosperous father loved him.

None of us have any claim to have earned life or any of the privileges or talents that come with our birth. Our life and our talents are free, unmerited gifts.

In spite of those allusions, the real subject and message bearer of this story is the father.

There are countless descriptions of the prodigal father of this parable. One, perhaps not so well known, that captures its simplicity, good humor and depth is Joe Wise’s children’s song “The Prodigal Son.” Wise sings the story of the boy who took off on his bike with some frozen dinners, a bag full of coins, and a soft bedroll. But even as it goes through the story of his misadventures, the most poignant line is, “And his father drank his coffee at the door.”

Of course, it all comes to a head when the father “saw him coming and he ran. ... His son in his arms and the fiddle plays on and dancing is how he must be.”

The parable we call the prodigal son describes an incurably philanthropic God who knows that love can never be commanded. Rather, while love must be awaited, God responds to a little love with overwhelming, unrelenting, unrepayable generosity and joy.

It seems that this parable and accompanying readings invite us to quit concentrating on ourselves and our dutiful or errant ways. When we escape narcissism of introspective guilt or righteousness, we can “taste and see” the feast thrown by the unrelenting God who longs for us, patiently waiting to lavish us with ever more prodigal love.

Then, with the help of grace, we can begin to act in the image of our relentless, ever-creative, party-loving, life-giving God.

Column | Fourth Sunday of Lent: The God of parties

Thomas Merton's counsel for Donald Trump (and the rest of us)