Twenty-First Sunday in Ordinary Time: Who locked the door? 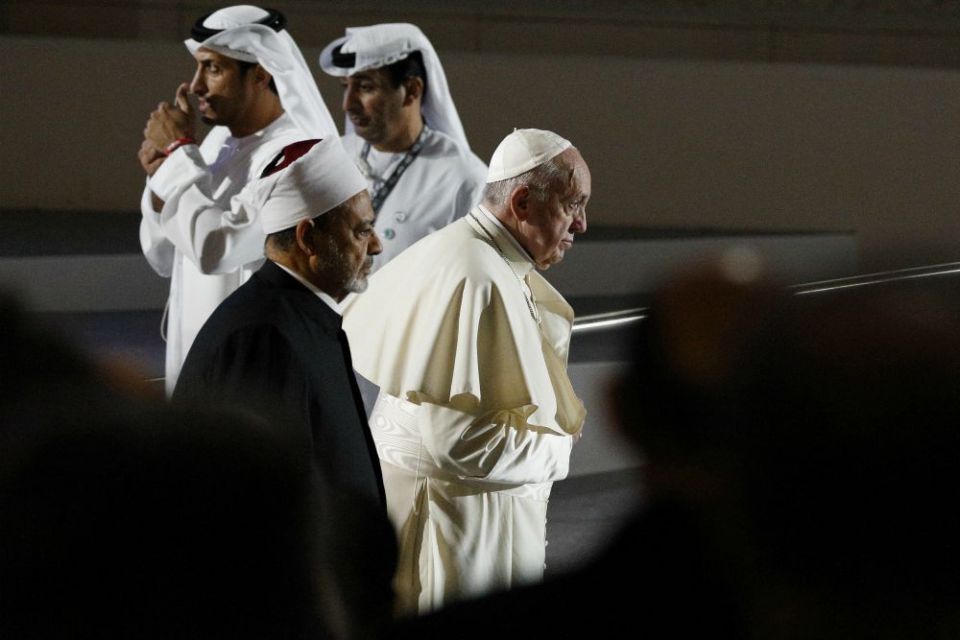 "Lord, will only a few people be saved?" The people most likely to ask that question enjoy the self-satisfied confidence that they are among the elite who are seated safely inside before the doors to the heavenly banquet hall are locked. Jesus was not about to be trapped into playing their game of exclusion. Instead, he wove a parable to confuse their rigid attitudes.

If, by chance, the question reminded Jesus of the strange prophecy at the end of the scroll of the Prophet Isaiah, he might have decided to tease his listeners into opening their minds to a broader perspective. By placing today's reading from Isaiah with this Gospel, the church invites us to let the one play off the other.

The last part of the Book of Isaiah — today's first reading — presents a nightmare for nationalists and clerical purists. According to Isaiah, the God of the Covenant has decided to gather all kinds of people and let them in on the secrets of divine glory. Then all those heathens will become missionaries, proclaiming God's glory throughout the world. Finally, just in case the chosen people's liturgical police didn't catch the drift, Isaiah says that God will make priests out of some of them even though they don't meet the criteria of having been born Levites. The entire plan would be easy to condemn if it hadn't been the Lord who started the whole mess! God seems to have lost all sense of religious decorum. Imagine what this would entail if we translated it into 21st-century terms!

Jesus picks up on the theme of Isaiah's prophecy when he describes the people who will be inside the master's house at the end time. He says they will come from the four quadrants of the Earth. Jesus depicts God's invited guests as including the people reputed to be the "last." These are certainly not the most respectable folks that could be rounded up, but Jesus apparently thinks they are the ones with whom he wants to recline at table.

This illumines Isaiah's message. God is not content with a small group of the elect. This idea got a contemporary echo in February 2019, when Pope Francis and Ahmed el-Tayeb, the grand imam of al-Azhar, met in Abu Dhabi and signed a declaration of fraternity. The two religious leaders agreed that "the pluralism and the diversity of religions, color, race and language are willed by God in his wisdom, through which he created human beings."

Isaiah, the pope and the imam lead us toward the same conclusion: God loves diversity. That means God's glory cannot be glimpsed without appreciating the variety of people, cultures and creatures populating the universe. How does today's Gospel comment on this perspective?

The idea of locking people out of the heavenly banquet sounds strange. It doesn't fit the image of the Jesus who reclined at table with anyone and exhibited a preferential option for people of low or lousy reputation. Perhaps the key to this story is that Jesus conjured it up in response to people who sounded quite willing to limit the number of participants in the banquet. While telling them his story about the master's house, Jesus said that the master will tell "you" that he does not know you. This story is a direct warning.

Although Jesus says that the master locks the door, it also seems possible that the very people who want to limit the guest list have effectively locked themselves out of the banquet hall. They protest that they ate and drank with him, and that he taught in their streets. But they don't claim to have assumed his values. Remember the story of Simon the Pharisee who invited Jesus to dinner but neglected to treat him as a guest? Simon disparaged Jesus for allowing a woman of ill repute to wash his feet. Dining with Jesus didn't necessarily entail communion with him.

Today's readings preach to the choir with a special emphasis on those who take pride in being in the schola. These readings present a picture of God's banquet hall as the most ecumenical, international, interreligious gathering space in the universe. The privileged rank is found on the lowest rung. The guest list is restricted to people who don't want it limited. The only people locked out are those who think they've earned the special key that gets them in and keeps the riffraff out. Their problem is that they would be just as unhappy inside as outside. There's no reason to let them ruin the party.

Column | Twenty-First Sunday in Ordinary Time: Who locked the door?

Do Christians, Muslims and Jews Worship the Same God?