Twenty-Fourth Sunday in Ordinary Time: Whose disciples are we? 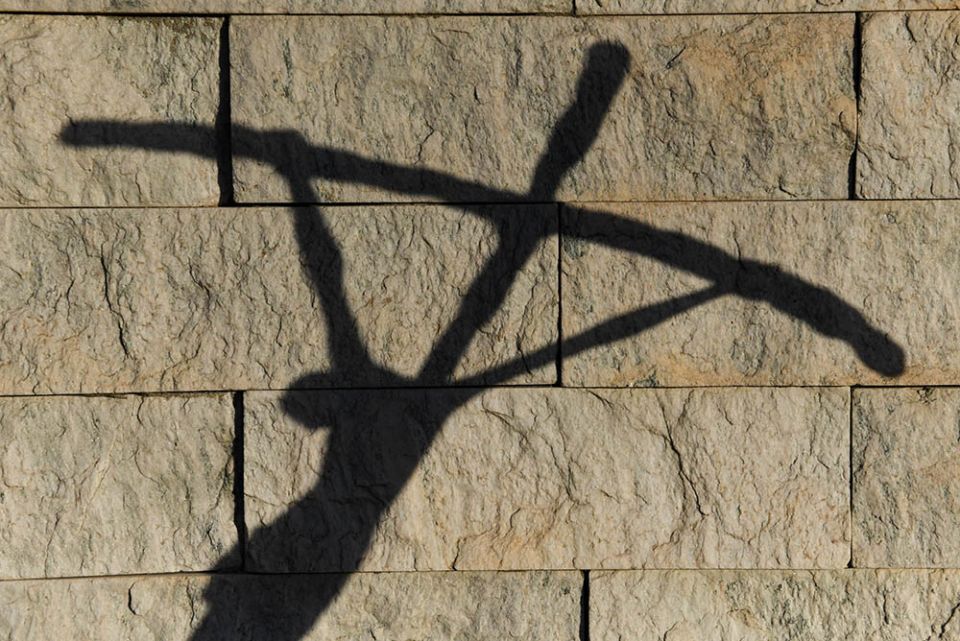 I've heard theology students joking about contemplating the Angry Mysteries of the Rosary. Along with the cleansing of the Temple and cursing the fig tree, we have today's Gospel in which Jesus named Peter "Satan," and ordered him out of his sight. That's good fodder for fun among seminarians who need a chuckle break, but it's not a very good interpretation of what happens in today's Gospel.

Today, we see how a journey with Jesus could become an intense experience of spiritual formation. Taking advantage of the leisure of a journey, Jesus asked his disciples about how folks were perceiving him. Disregarding the opinions of his adversaries, they recounted the rumors they'd heard from people who were both impressed and confused.

Some suspected he might be John the Baptist. That was a rather odd thought; anyone who knew about John would have known that Herod had beheaded him not too long before this conversation took place.

They added that others thought that perhaps he was another of the prophets. Those ideas sprang from their sense of how they knew God had interacted with Israel throughout their history.

When Jesus fixed his gaze on those who had chosen to journey with him, the answer changed. Peter responded, "You are the Christ." Peter testified that they saw Jesus not as a prophet of old, but as the anointed one sent by God to save Israel.

That's the good news. Then came the hitch: "He began to teach them that the Son of Man must suffer ... be killed, and rise after three days." That was so shocking that Mark adds the incredulous phrase, "He said this openly!"

Of course, Peter was as ready to help Jesus revise his thinking as he had been to proclaim his faith in him. He pulled Jesus aside to talk some sense into him.

Peter realized that Jesus had just veered wildly off the script for a messiah. Jesus' disciples might have been free from the expectation that the Messiah would be a warrior or king, but weakness, rejection and being killed, no. That scenario didn't correspond at all to their image of the one God would send to redeem Israel.

Although Peter rebuked him in private, Jesus' reply made witnesses of everyone present. He addressed Peter as "Satan," calling him a tempter, the kind of enemy that would sow weeds in the garden of God's reign. "Get out of my sight" is one way to translate the next text.

What Jesus said to Peter at this moment is exactly what we heard in Mark 1:20, which says that Peter followed Jesus. Thus, Jesus came back at Peter with the message: "You are to follow me, not the other way around!"

Peter's reaction to what Jesus had said was as natural and as narrow as his experience and expectations. He had grown up on salvation stories that portrayed a God of power and might. It's unlikely that either he or the other disciples had ever interpreted Isaiah's suffering servant as an image of God or the Messiah.

People suffering under Roman domination were hardly longing for a savior who would suffer. People who waited for God to punish the wicked and reward the good didn't couldn't fathom the idea that God's chosen one could be put to death. They knew that isn't how God works!

Finally, Jesus' talk about rising on the third day offered small comfort. In their religious imagination, the third day had nothing to do with clocks or calendars; it was the day of salvation, which could come in an instant or an eon.

The question Jesus put to the disciples remains relevant for us today. Who do we say he is? What do we expect in our interactions with God?

Much as we resist it, the God we meet in Jesus, the Christ who is our savior, is thoroughly unlike the materialistic, political or militaristic gods the world urges us to worship. The God we meet in Jesus does not squash evil, but takes it in. In Christ, God suffers evil to transform it. Jesus did not escape the cross, but revealed evil's ultimate powerlessness to overcome with life and love.

The victory of life and love Jesus tried to reveal to his disciples is what we celebrate this week in the feast of the Exaltation of the Holy Cross on Sept. 14. The feast celebrates the height and depth and breadth of the love of God that no evil can overcome. Yes, this is a mystery, and our liturgy asks us the same question Jesus' followers had to answer: Whose disciples are we?

Knowing that Jesus the Christ is the divine servant who does not avoid suffering, but transforms it, are we still ready to get behind him?

This story appeared in the Sept 3-16, 2021 print issue under the headline: Whose disciples are we? .

Column | Twenty-Fourth Sunday in Ordinary Time: Whose disciples are we?

God made the world for all, not for a few