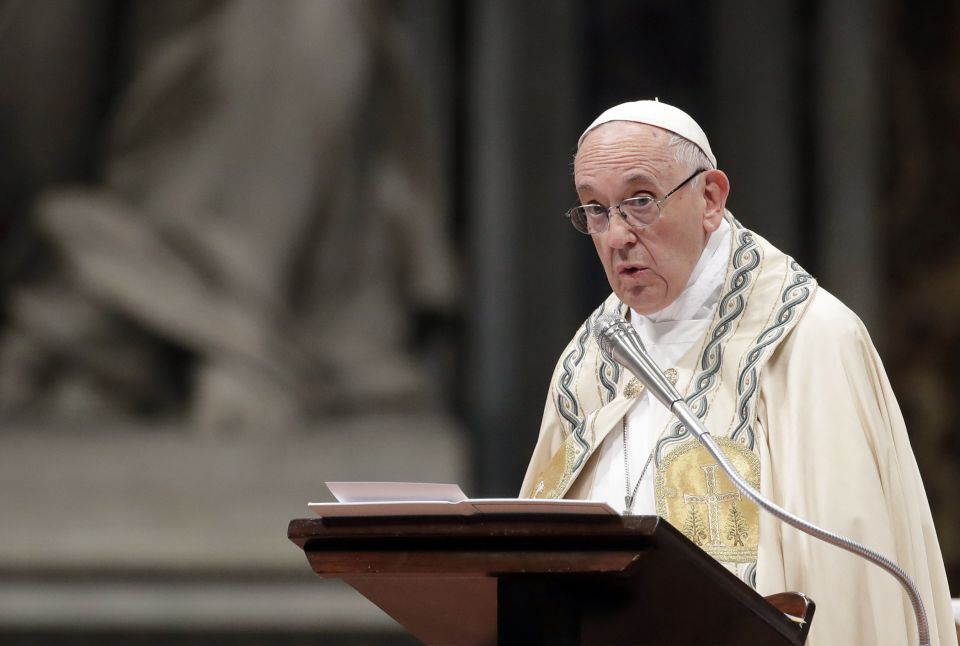 Pope Francis has decided to change the catechism of the Catholic Church to make clear the church's opposition to the death penalty. By including it in the catechism, the pope ensures that the church's teaching against capital punishment will spread throughout the church.

But Francis is going beyond merely teaching that capital punishment is wrong. He is committing the church to working with determination for the abolition of the death penalty worldwide. While many countries have done this already, he will face fierce opposition in the United States, where  54 percent of the public supports capital punishment, according to the Pew Research Center, and 39  percent oppose it in 2018.

Among Catholics, a majority also favors the death penalty (53 percent for, 42 percent against). A larger majority of white Catholics (57 percent) supports the death penalty, but they are less supportive than white evangelicals (73 percent) and white mainline Protestants (61 percent).

It will be interesting to see if Francis can move these numbers.

The church's teaching on the death penalty has been evolving over the last 25 years, especially since the catechism was first published. (Not the Baltimore Catechism used in Catholic primary schools before the Second Vatican Council, but the book-length one promulgated in 1992.) The first edition acknowledged that capital punishment had been approved by the church for centuries. In fact, popes had executed criminals in the Papal States before Italy took them over in 1870.

St. John Paul II, who was pope when the 1992 catechism was published, did not like capital punishment and would have liked to see it ended. But some in the Vatican were concerned about how the church would explain its change in teaching. As a result, John Paul had the catechism say that the death penalty was only permitted "if this is the only possible way of effectively defending human lives against the unjust aggressor." The catechism quotes John Paul, who stated that cases requiring the execution of the offender "are very rare, if not practically nonexistent."(#2267)

Francis has taken the final step and said that these cases are nonexistent. Capital punishment must end.

The hierarchy is always concerned about how to explain change in the church because, in the past, the church prided itself on being unchanging. In the case of capital punishment, John Paul and now Francis have argued that circumstances have changed — there are other ways of protecting the public — and therefore the death penalty is no longer necessary and should be abolished.

In addition, both of them thought that it was an affront to human dignity. As John Paul wrote, "Not even a murderer loses his personal dignity, and God himself pledges to guarantee this." The new version of the catechism will state, "the dignity of the person is not lost even after the commission of very serious crimes." Respect for human life includes the lives of criminals.

Another reason for the church's opposition is that the church always hopes that a sinner will repent and ask for forgiveness. An execution cuts off the time available to the sinner for repentance.

The U.S. bishops will now add opposition to the death penalty to their other lobbying issues. This list already includes controversial positions such as their support for comprehensive immigration reform, universal health care and programs to help the poor and their opposition to the Muslim ban, abortion and gay marriage.

Just as some Catholic politicians have parted from the bishops on these issues, there will certainly be some who oppose the bishops' call for eliminating the death penalty. One of the things I like about the bishops is that they make both political parties uncomfortable.

As long as the discussion of the death penalty is conducted in the abstract, it can remain rather academic. But once it becomes focused on an individual criminal, passions will flare up. If the criminal is a serial killer, a rapist-murderer or someone who has shot schoolchildren, the bishops' call for clemency will meet fierce opposition.

In the past, some bishops have opposed the execution of specific criminals in their states and called on governors to commute their sentences to life imprisonment. Now we can expect all the bishops to join in these efforts, and we can also expect vocal opposition. This is a fight the bishops will not win unless their people join them.