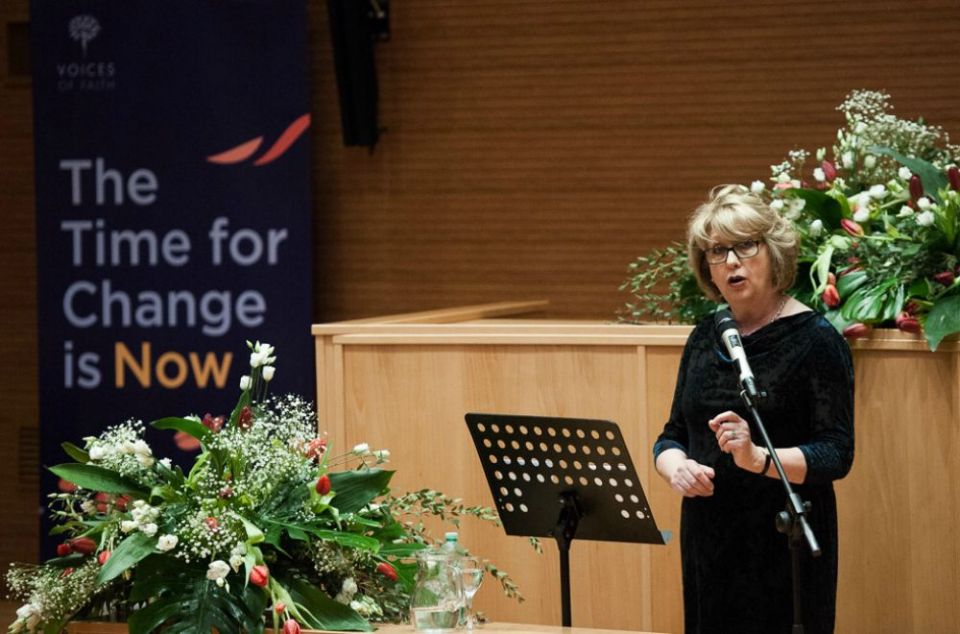 The former president of Ireland, Mary McAleese, garnered worldwide media coverage when she bluntly called out misogyny in the Catholic hierarchy in her keynote speech at the Voices of Faith (VOF) event held in Rome on International Women's Day. "The Catholic Church has long since been a primary global carrier of the virus of misogyny," McAleese said. "It has never sought a cure, though a cure is freely available. Its name is equality."

Previous Voices of Faith events were hosted at the Vatican, but this year Cardinal Kevin Farrell denied permission for McAleese and Ugandan advocate Ssenfuka Joanita Warry to speak because of their support for LGBTI persons' rights. Farrell's decision to ban such a high-profile figure as McAleese, let alone Warry — who works in a country where homosexuality is punishable by life in prison — only provided a worldwide media megaphone.

Rather than silence the initiatives of these influential women, Voices of Faith organizers moved the event to the nearby Aula (hall) of the Jesuit curia in Rome. In her presentation, McAleese quoted from Decree 14 promulgated by the international Jesuit leadership in that same Aula some 23 years ago:

We have been part of a civil and ecclesial tradition that has offended against women. And, like many men, we have a tendency to convince ourselves that there is no problem. However unwittingly, we have often contributed to a form of clericalism which has reinforced male domination with an ostensibly divine sanction. By making this declaration we wish to react personally and collectively and do what we can to change this regrettable situation.

Hosting this year's VOF event despite controversy is one obvious way Rome's Jesuits are "doing what they can" to deconstruct clerical male domination. Another was the presence of Jesuit Fr. Luke Hansen on the closing panel. Luke's was the only male voice heard on a day when female Catholic voices were raised in sorrow, lament, frustration and a devastating critique of "clerical patriarchalism."

In McAleese's prophetic words, Catholic patriarchalism "acts as a powerful brake on dismantling the architecture of misogyny wherever it is found." Moreover she said its "hostility to internal criticism" — despite regularly critiquing secular culture — actually "borders on institutional idolatry."

Such words are hard for churchmen to hear, just as it can be hard for white people to hear about white privilege from people of color. But there is no way forward without voices that tell us things we'd rather not know but desperately need to hear.

It took considerable courage for Hansen to speak, although I doubt he could have refused. He was profoundly changed by the women with whom he studied — women who experience a call like his own but are denied priesthood because of their gender. His was a powerful witness:

I as a man in the church can pursue my dreams, pursue my sense for how God is calling me. But they can't. And what I've learned from listening to these women is it's not a desire to hold power over another person. But it's a desire to be empowered and to use the gifts the Holy Spirit has given them.

Hansen and a female classmate once taught a course on forgiveness in a woman's prison near San Francisco. Nearly every woman shared an experience of rape and sexual violence. They were unable to forgive their perpetrators because "the pain is so deep, and forgiveness can feel like permission." 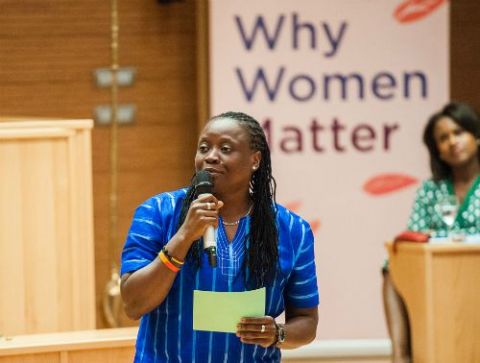 Out of that experience Hansen later found himself occasionally preaching on sexual violence and rape. Each time he did, women approached him after Mass to say they had suffered this soul-destroying heartbreak. "But it's something they've never heard preached from the pulpit," he lamented. "This raises the question how many issues that affect women's lives day in and day out every Sunday that are not being addressed because in most cases priestly formation mainly happens in a man's world."

Polish theologian and author Zuzanna Radzik spoke about her work with Christian-Jewish relations. As a young woman, she quoted Nostra Aetate to convince a Catholic pastor to remove the anti-Semitic bookstore in his church basement. He refused. When she approached the bishop's office, she was asked, "Why is a woman dealing with it and not a priest?"

After wondering why she should stay in such a church, Radzik chose to study Catholic theology "because at the end of the day I really wanted to do work for Christian-Jewish relations." Five years later, she finally succeeded in getting the bookstore closed.

Today Radzik is working on a book about women in early Christianity because she hopes to "bring all sorts of role models so that women and men in Poland can broaden their sense of the church and what women are saying in the church."

Warry spoke movingly about her life: "Gender is part of my story. Before I am a lesbian, I am a woman. Everything that affects women in this world affects me, and hate and discrimination against LGBTI persons is on top of this." She did not turn away from the Catholic Church because she believes she has a responsibility "to change the mentality that surrounds me because I believe I'm on a mission from God."

One highlight of the day was hearing from two sisters from India, Nivedita Lobo and Gayatri Lobo Gajiwala. Raised by a Catholic mother and a Hindu father, the 20-something siblings were exposed to the richness of Hinduism but brought up in the Catholic tradition. Because their parents wished them to make their own decisions as adults, neither woman was baptized at birth.

Although Nivedita graduated from a convent school and even won the catechism prize, she chose not to be baptized. She is now a recruiter for a tech company in Canada. Gayatri was baptized at age 21 after attending non-sectarian ashram boarding school for five years. She is a secondary school teacher. 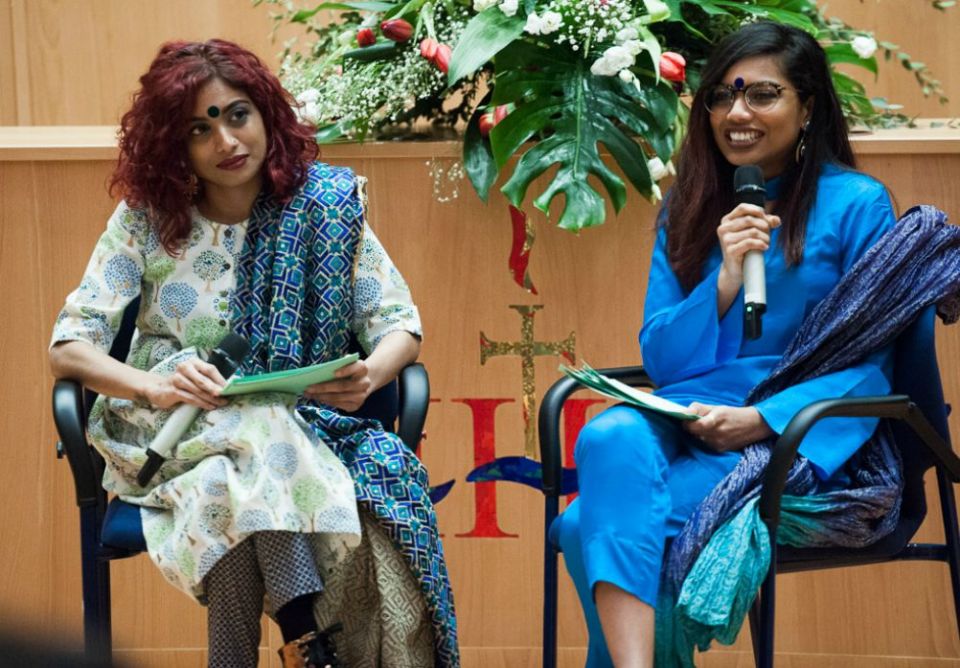 These articulate young women addressed issues that trouble their generation: "Growing up I had heard so many homilies on God's unconditional love. But Catholicism seemed to come with too many strings attached," said Gayatri. "I could not in good conscience endorse a system that makes outsiders of people because of gender, sexuality, and life choices. How do you reconcile that with the teachings of Jesus?"

There's more, but this seems like a good start.