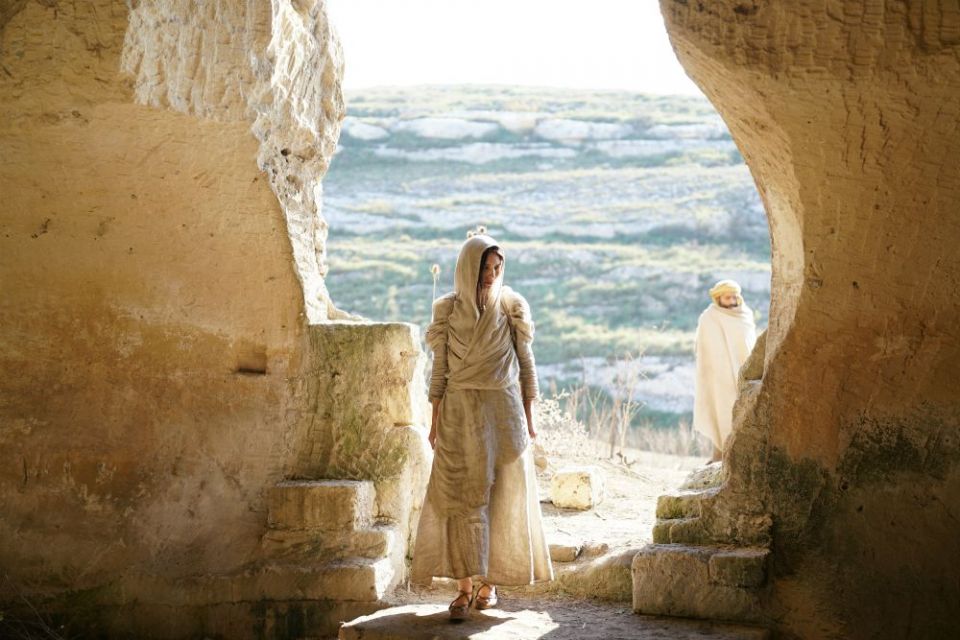 Mid-July always reminds me that it is Mary of Magdala season. Over 20 years ago, I helped launch what would become an annual event hosted by FutureChurch designed to honor this preeminent "Apostle to the Apostles."

It has been gratifying to watch the Mary of Magdala celebrations explode in popularity. An amazing 250 to 400 events are held around the world every year. FutureChurch leaders, Deborah Rose Milavec and Russ Petrus are reaping the rewards of their faithful perseverance.

Why has celebrating St. Mary of Magdala become such a hot ticket?

I suspect ordinary Catholics are attracted to the idea of helping correct an egregious wrong. Plus, there is something intriguing about the hiddenness of the women in Jesus' discipleship. After all, most of us are pretty much "hidden disciples" ourselves. We don't think of our Christian witness as anything special, even though it is what gives our lives meaning and drives our decision-making.

Could we be among those Pope Francis is talking about when he quotes St. Teresa Benedict of the Cross (Edith Stein) in Gaudete et Exsultate?

The greatest figures of prophecy and sanctity step forth out of the darkest night. But for the most part, the formative stream of the mystical life remains invisible. Certainly, the most decisive turning points in world history are substantially co-determined by souls whom no history book ever mentions. And we will only find out about those souls to whom we owe the decisive turning points in our personal lives on the day when all that is hidden is revealed.

For the most part — at least until recently — Mary of Magdala's witness was all but invisible in Christian history. Even though her testimony is the lynchpin upon which the proclamation of the resurrection depends, for centuries she was falsely remembered — at least in the West — as a forgiven prostitute.

Her prophetic witness emerges from what is surely the darkest moment in the lives of the earliest believers. She went to tell her brothers — despairing male disciples who probably figured Jesus' promise of a new reign of God was nothing but a pipe dream — and they did not believe her. Before belief could take hold, they needed their own experiences of the risen Christ.

Mary's deep love for the one who had healed her, led her to the garden on that fateful morning. First, she discovers that the tomb was empty. And then she saw him. She saw the one who had not abandoned her in her time of trial. The one that she and her sister disciples could not abandon during his time of horrendous suffering and death.

And the rest, as they say, is history. Or is it herstory?

Some biblical scholars suspect that the empty tomb and resurrection narratives came down to us predominantly through female oral history. The popular memory of the women's experience at the tomb was so strong, it could not be extinguished even though early male writers minimized it out of concern for propriety. In Greco-Roman culture women were not permitted to be legal witnesses or to speak publicly.

This may be why Mary of Magdala and her companions are not mentioned by Paul, whose letters precede the Gospel accounts by several decades. But by the time the Gospels were written down, it was impossible to tell the story of the resurrection without including the women witnesses. The oral tradition about the empty tomb and Mary of Magdala's encounter with Jesus was too deeply entrenched in Christian memory to leave out.

Mary of Magdala's profound connection to Jesus in the garden recently came to mind as I watched the Disney film, "A Wrinkle in Time." I had loved Madeleine L'Engle's book and enjoyed the movie almost as much, even though the production was uneven at best.

I resonate with the story's focus on love as the binding force in the universe and its capacity to traverse the space-time continuum. Perhaps a bit like our Catholic communion of saints. Perhaps a bit like Jesus' ability to be present to Mary of Magdala, then to the other disciples, and now — to us!

L'Engle's tale contains other lovely Christian themes: Each person's inner light brings something uniquely important to creation; we can access divine power by loving and seeking the good and by acknowledging our faults contributes to victory over evil — for evil most certainly exists in L'Engle's narrative world as it does in our own.

In the story, teenager Meg Murry becomes a Jesus-figure, saving her younger brother, Charles Wallace, who has been possessed by "It," the dark enemy of all that is good. She saves her brother by loving him despite the evil invective and pain he spews. Her love persists in the face of grievous suffering. In the end, her love overcomes all dark powers and her brother is returned to her, whole and healthy.

This is a powerful story. It increases my faith that the significant evils we face in our day can be overcome by our union with divine love. In the process, we must also acknowledge our faults — individually and corporately — because then their power over us is weakened.

I suspect there may be many "hidden mystics creating a decisive turning point in human history," in our world.

Perhaps, like Mary of Magdala and Jesus, we will create a new "wrinkle in time," when dark powers are overcome and all that is hidden is revealed.