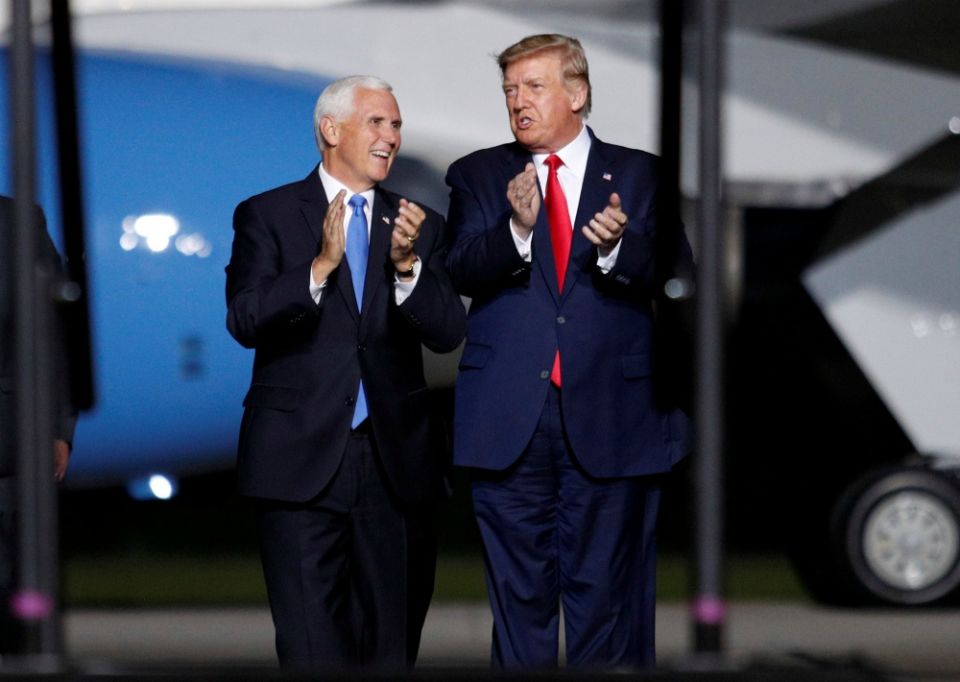 I need to forgive President Donald Trump. Not that he needs it. I need it.

Six months earlier, he admitted to pollster Frank Luntz that he has never asked for forgiveness. "I think if I do something wrong, I think, I just try and make it right. I don't bring God into that picture. I don't." Six months into his presidency, Trump confessed to columnist Cal Thomas, "I will be asking for forgiveness, but hopefully I won't have to be asking for much forgiveness."

I don't know where Trump stands today, but who am I to question a person's conscience anyway? Didn't Pope Francis ask, "Who am I to judge?" Didn't Jesus warn us that when we condemn another, we are really damning them for a fault that we hate in ourselves, and that the judgment we measure will be measured equally on us? Didn't he then say, "Why do you notice the splinter in your brother's eye, but do not perceive the wooden beam in your own eye?" Well, it seems to me that while I may have a beam, Trump has a sequoia tree, and I have to forgive him so I can get it out of my head.

Trump hasn't hurt me personally. I have a good life. My wife, Vickie, and I are perfectly safe as long as we continue to hide in our house and wear hazmat suits and ask our children and grandchildren not to come anywhere near us. I don't like it but I'm not upset about it.

Thing is, the president has hurt thousands of people. Especially the dead ones he may have saved by telling the truth. And their families. And all those children sleeping on cement in cages near the border. And their mothers who still don't know where they are. At best, Trump has devastated families, deepened division, ignited violence, made a mockery of decency, damaged our democracy, and now threatens our coming election. O, how that bothers me!

Nov. 3 could bring a respite from the madness or trigger a madness squared. Whatever happens, cable news will not let anyone forget Trump. He will not go away. I feel like Michael Corleone in "The Godfather Part III," growling as if I have razor blades in my throat, "Just when I thought I was out, MSNBC keeps pulling me back in!"

So, what am I to do? Stop watching television? Cancel my subscription to The New York Times? Stop talking to people? Mind fasting, that would be healthy. But I am not healthy enough to do it.

Forgiveness is the only answer.

Jesus said, after his friends abandoned him, the government condemned him, and bad cops crucified him, "Father, forgive them for they know not what they do." Maybe Trump can't help doing what he does. After all, he was raised by a tyrannical father, had an emotionally absent mother, and learned survival of the fittest. Isn't he, like all of us, just doing what he thinks he has to do to protect his sense of self lest he completely disappear? Surely his mind contains a crypt of terror that fills him with such dread that he projects that terror into the world. I get it, but I don't buy it.

President Jed Bartlet (Martin Sheen) in "The West Wing" was beaten by his father, and the worst he did to compensate was sometimes do what was politically safe rather than follow a principle. I know real men and women who as kids were abused physically, sexually and emotionally far worse than Trump, and who grew up with no money at all. They never got rich, but they made good moral choices and lived good, loving lives. They have made the world a kinder, gentler place.

Jesus, I want to be like you and love like you do, but I need more wisdom and grace to forgive Donald Trump. Please help me. How do I forgive someone I don't even know but who drives me nuts every time I see him boast and lie and cheat more bigly than Jon Lovitz's "Tommy Flanagan, the Pathological Liar" from "Saturday Night Live"? I want to forgive, Lord, but don't know how.

Think, Mikey. What did you learn from studying metapsychiatry in the 1970s?

"If you know what, you will know how." OK, Jesus, what is forgiveness then?

It is giving up all blaming, completely and without regard for person. Forgiveness is letting your enemies, perceived and actual, go. It neither condemns nor condones. It makes room in the mind for peace of mind. It is realizing that all of us, despite appearances and without exception, are made in the image and likeness of love. We are not what we pretend to be. We are made of the same stuff as our Creator — pure spirit, divine love and intelligence — and, despite our behaviors, can never leave the bosom of wisdom that is our Source. Forgiveness is loving our enemies as our self. Let your illusion of Donald Trump go. Set him free from the shackles in your mind. Only then will you be free to see with the eye of your soul. Forgive him — and realize that you are forgiven.

I can do that. I have done that. But I know I will fall again when he repeats the things that made me mad in the first place. How many times must I forgive?

Hah! Have you never heard of 70 times seven? As many times as it takes to get it right.

Jesus, I hear you. I'm on it. I can't do this alone. Strengthen me. Give me the grace to be in this world but not of it, to be hid with you in God, to dwell in the secret place of the Most High. Only then can I see. Only then can I forgive. Forgive me for my unforgiving thoughts. They are a crown of thorns that hurt only me. Give me your thoughts.

[Michael Leach, publisher emeritus of Orbis Books, has compiled many spiritual anthologies, including The Way of Forgiveness, The Way of Kindness, and most recently The Way of Suffering, with his friends Doris Goodnough and James Keane.]