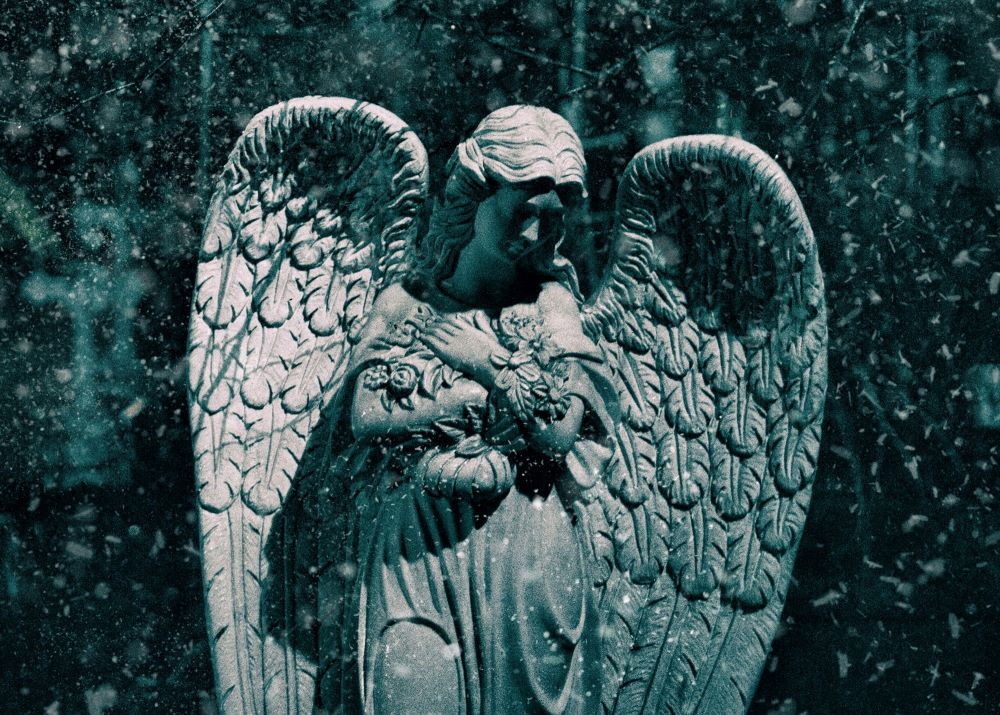 Dozens of big-name African American entertainers sang for joy when I started my car. It was the "Hallelujah" chorus from "Handel's Messiah: A Soulful Celebration," a 1992 performance of the "Messiah" as channeled through the full range of Black music — gospel, soul, blues, R&B, spirituals, ragtime, big band, jazz fusion and hip-hop. It was a joyful noise.

I had just learned that the angel had died. That jubilant music, that rollicking, swinging rapture, that dizzying elation was an apt celebration of her memory. And her holiness.

The angel was a member of our parish. She would sit in the back pew with her ailing husband and their 40-year-old son Andy, who has developmental disabilities. Her name was Diana, but I didn’t know that until I heard the news of her death.

What I did know was how lovingly she cared for her husband and son. And I saw a lot of them because I like to sit in a back pew, too.

Her husband seemed to have a great number of ailments, a man who was once strong but who now had to make his difficult and painful way up the center aisle to Communion. She was with him every step of the way. And with Andy, too.

They often would be the last people to receive the Eucharist, and, just at the opening of the left aisle that they used to return to their pew, the three of them would stop and, with their arms on each other's shoulders, bow their heads together in a communion of family, a communion of love. Or, if there were people behind them, they would wait until they got to the back of church to do it.

Diana had snow white hair and the brightest of eyes. She seemed to have an inner glow. And her eyes were focused almost always on her husband and her son.

She really impressed our adult daughter, who offhandedly and with deep respect called her the angel. It wasn't a nickname like Angel. It was a noun, a descriptor: angel. And we all came to use it among ourselves.

One time, downtown, at the ballet, my wife Cathy and I saw her and Andy coming into the lobby during an intermission. We talked a bit.  She said she often brought her son to watch the dancing.

It might have been then that she mentioned that he was soon going into a sheltered care facility where he could live on his own in a community for the rest of his life. He'd come back to visit on occasion, and we'd see him at church. I remember once he'd grown a moustache.

Diana never knew that our family thought of her and called her the angel. We never mentioned it to anyone else in the parish. But I suspect that there were many others who looked at her over the years and saw a woman who was glowing with love and with life.

Diana's husband died in August 2020, and she followed him nine months later. She was 82, and I can't help thinking that during all those 82 years she was an angel to many, not just her husband and son.

And I can't help thinking that every parish is filled with people like Diana who are, in their own particular way, holy and who, in their own particular way, touch those around them. I don't mean that all these people glowed and loved in the way Diana did. She was special. What I mean is that, when we gather in the church or in the parish hall or on the sidewalk outside, each soul is there, each soul is present in some way, each soul touches others in some way.

Maybe it's the woman who comes each Sunday and participates in Mass but doesn't go to Communion. When I see her, I see a woman of strong faith who is a member of our community and our family even though she doesn't feel she can approach the table of the Eucharist.

I wonder at the pain she must feel not to be able to join the Communion line. Was there a priest who roughly told her she could not because of some decision she’d made in life? Did she come to this on her own?

Or maybe it's the two gay men who adopted three babies born to troubled women and raised them and loved them and have loved them into adulthood, even with the challenges and difficulties they faced.

Or maybe it's the guy who's a funeral director whose wife had a debilitating disease that slowly killed her. He spent a lifetime dealing with death, and he faced his family's tragedy with strength, resoluteness, openness and even humor.

And I was honored by the angel. And by her husband. And by Andy.

A parish is a congregation of souls. Each of us is an angel and a saint and a sinner. I have no idea how my presence in the congregation touches anyone. But I’m sure it does.

Each parish, I know, is like this. And not just parishes. Each neighborhood, each work team, each sports team, each council, each gathering — all the fans at Wrigley Field watching the Cubs — each and every one is like this.

As Christians, we understand that we're all yearning for God. That can be a help in the here and now, but it doesn’t take away the yearning.

For me, God is in the yearning. God is in each soul in its pain and joy, in its wonder and fear.

God was in the angel. No question of that. But, when I look around the congregation at the 10:30 Mass, I see God in every soul in every pew.

A version of this story appeared in the Jan 21-Feb 3, 2022 print issue under the headline: That kind soul in the back pew reminds us angels dwell among us.