Stand together: Violence is every faith community's business 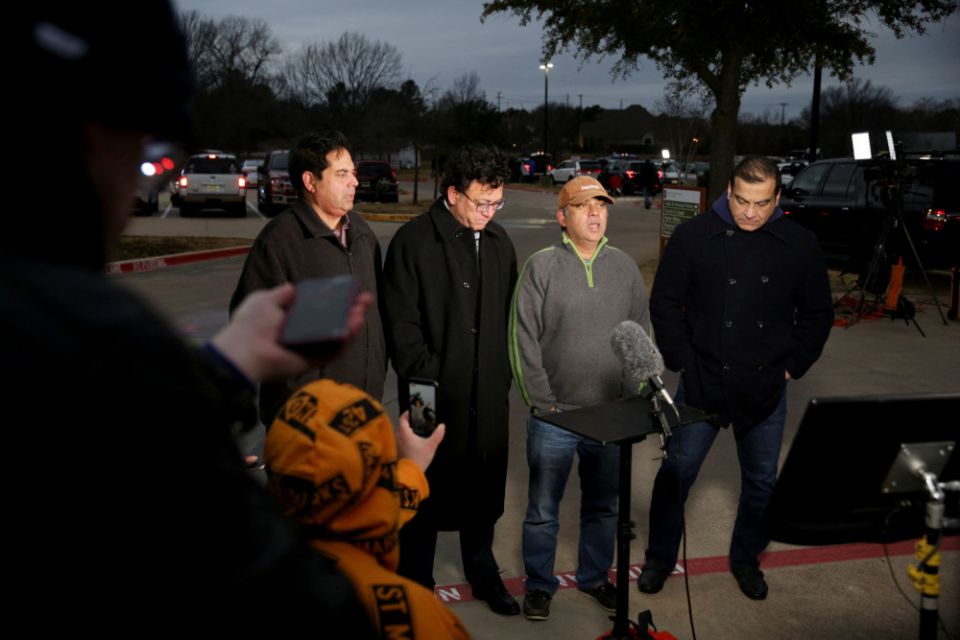 Members of an Islamic center in Colleyville, Texas, in the Dallas–Fort Worth metro area are interviewed by the media Jan. 15 about a hostage situation at Congregation Beth Israel in Colleyville. (CNS/Reuters/Shelby Tauber)

All types of violence create waves of trauma that affect not only those who are targeted and all who love them, but those who witness them or learn of them. Research shows communities then feel less safe for all.

The mid-January hostage ordeal the FBI now describes as a "terrorist attack" targeting a Jewish group at Congregation Beth Israel in Colleyville, Texas, is the most recent example of anti-Semitic hate crimes directed against them, especially in their sacred spaces.

Recent hate-based shootings resulted in the deaths of nine Black parishioners in an African Methodist Episcopal church in Charleston, South Carolina, in 2015; a 2018 synagogue shooting in Pittsburgh resulting in 11 deaths; a 2019 attack in a Poway, California, synagogue killing one, and a shooting in a mosque in Christchurch, New Zealand, killing 51 people, the worst mass shooting in the country's history.

In each case, people around the world have been deeply affected, including many outside of the victimized faith communities.

Yale University sociologist Jeffrey Alexander has described the phenomenon of cultural trauma in which communities of people understand events as not just affecting the direct targets or those who know them but social or identity groups collectively.

Understanding attacks as directed at one's very identity heightens the effect it has on them, but the framing of the attack also opens the possibility for wider circles of empathy and solidarity. When a national or even global audience experiences such events through the media, the framing of the event becomes even more important.

In a study from the Center for Islamic Studies & Civilization and the University of Sydney in Australia, of the Muslim women affected by the Christchurch shooting, researchers Mahsheed Ansari and Mirela Cufurovic describe the ways in which both the global Muslim community and the national community of New Zealand responded to the shooting as an attack on the broader community.

People not only engaged in visible and practical signs of empathy and supportive solidarity such as vigils or wearing head scarves, but New Zealand's political leadership responded with legislative actions as well. 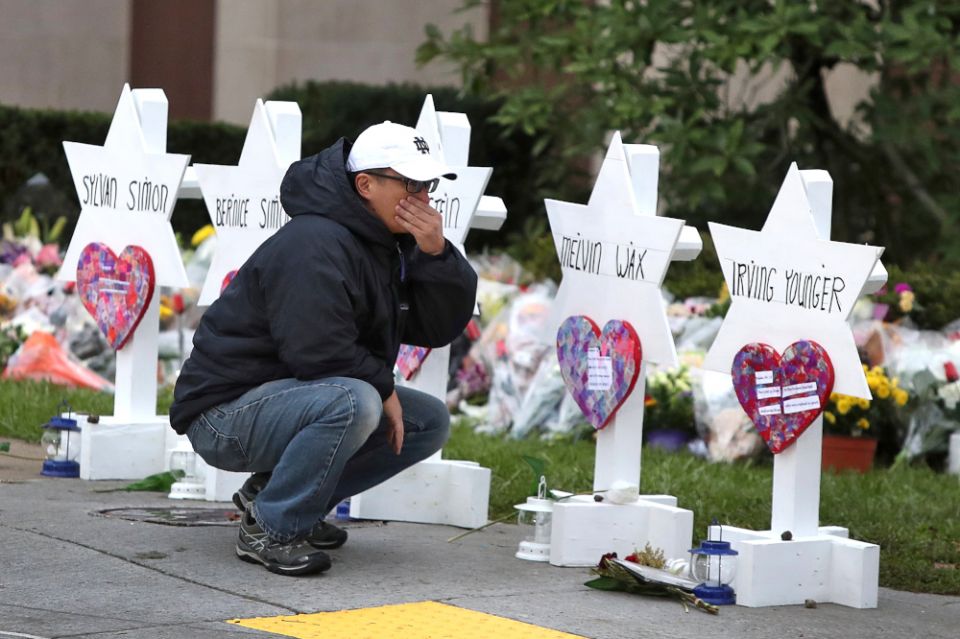 A young man reacts Oct. 29, 2018, at a makeshift memorial outside the Tree of Life synagogue in Pittsburgh. (CNS/Reuters/Cathal McNaughton)

Those who perpetrate violent hatred aim to make people feel isolated or vulnerable, but such collective responses instead demonstrate an attitude of shared moral responsibility which leaves people feeling cared for and supported in their fears and strengthens the bonds among different groups.

As a Muslim chaplain on a university campus, I have witnessed and experienced in each case outpourings of support and solidarity from people of goodwill in response to such heinous attacks.

In addition to attending prayer vigils, Jewish and Christian communities shared heartfelt notes and cards expressing love and solidarity after the New Zealand mosque shooting. We sat in the Jewish Life Center and listened to people talking about their own experiences with hate and the emotions they were feeling after the Pittsburgh shooting.

These moments of support and connection in the midst of trauma are ones that always stick with me and make the difference between feeling cared for and feeling isolated and alone in times of vulnerability. 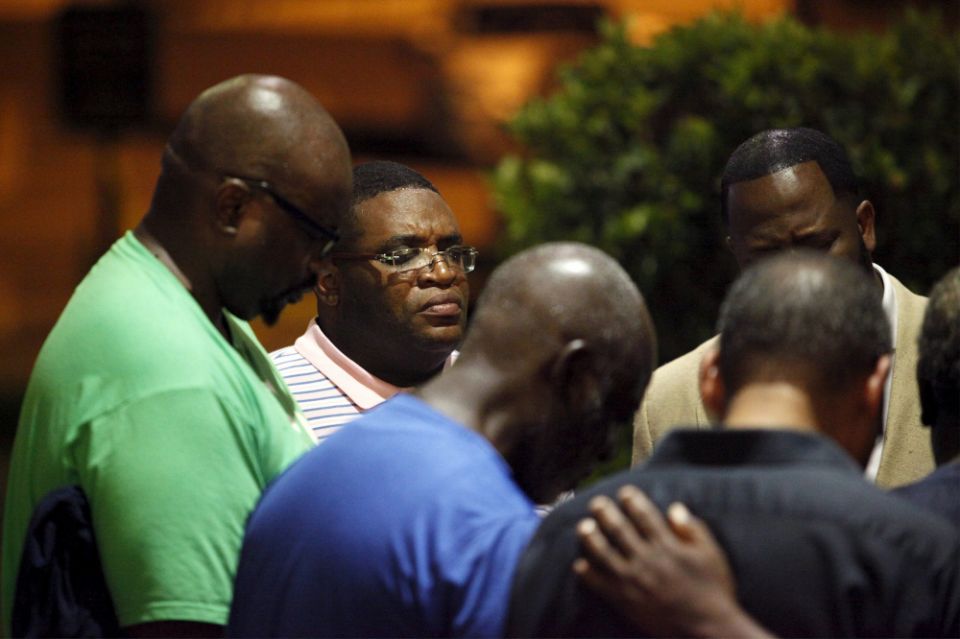 A small prayer circle forms nearby where police responded to a shooting at the Emanuel AME Church in Charleston, South Carolina, June 17, 2015. (CNS/Reuters/Randall Hill)

I am grateful to serve in the Division of Mission and Ministry at DePaul University, which supports Protestant Christian ministers, Jewish and Muslim chaplains to work alongside a vibrant Catholic campus ministry and Vincentian service team. Our Vincentian Catholic mission inspires us to "foster intra-faith and interfaith engagement, dialogue, and spiritual growth." It is especially in the commitment to the interreligious dialogues of life and action (or service) that we work towards building community in which all can feel a sense of belonging and support. Student leaders of diverse religious backgrounds formed in such environments can go on to be leaders in intentionally making interreligious cooperation and community lived realities in our country and the world.

One of the powerful stories following the Colleyville incident was the gathering of a group of men and women leaders from various faith communities at the command center at the nearby Good Shepherd Catholic community to comfort the families of the hostages as well as offer assistance to the FBI team in negotiations with the hostage-taker.

While this is just one moving example of religious diversity in the United States at its best, it is not surprising. Such shows of support often take place in response to emergencies.

After the Tree of Life synagogue shooting, Muslim groups were among those who raised tens of thousands of dollars for the victims. Jewish groups in Pittsburgh responded the next year by raising funds for the New Zealand mosque community. In addition to protests, prayer vigils were held across the country in the wake of the Charleston shooting.

Prominent Muslim imams based in Texas messaged on social media during the ordeal writing about "Rabbi Charlie" (Beth Israel Rabbi Charlie Cytron-Walker) and his family and expressing solidarity with his community — not as abstract objects of sympathy but as people they knew and with whom they had worked together.

At times it can seem we have run into roadblocks, stuck at a superficial level or exhausted by the enormity of events and obstacles we face.

This is not only a testimony to the efforts and attitude of Cytron-Walker and his congregation, but a reminder for everyone on the way forward.

While I have been active in interfaith work and dialogue for decades, at times it can seem we have run into roadblocks, stuck at a superficial level or exhausted by the enormity of events and obstacles we face.

It is urgent to come together as communities across religious lines even in the presence of differences and disagreements (in the language of the Qu'ran 49:13) to know and to recognize one another.

Coming together, it is possible to accomplish so much to make communities better, to address the many common challenges each group faces.

This violent incident instead of inciting fear, can inspire by showing how those efforts can bear fruit in the most difficult of times and remind us. Imam Omar Suleiman (part of the interfaith support team) commented, that the efforts of "those ... (who) stoke the flames of hatred and division will fail as he (the attacker) did, God willing."

But the faith communities working together will endure. 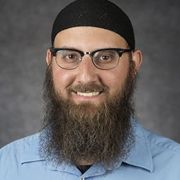 Abdul-Malik Ryan is Muslim chaplain and assistant director of the Office of Religious Diversity and Pastoral Care at DePaul University and a Public Voices Fellow with The OpEd Project.

Commentary | Stand together: Violence is every faith community's business

At Call to Action, younger leaders are reimagining church reform