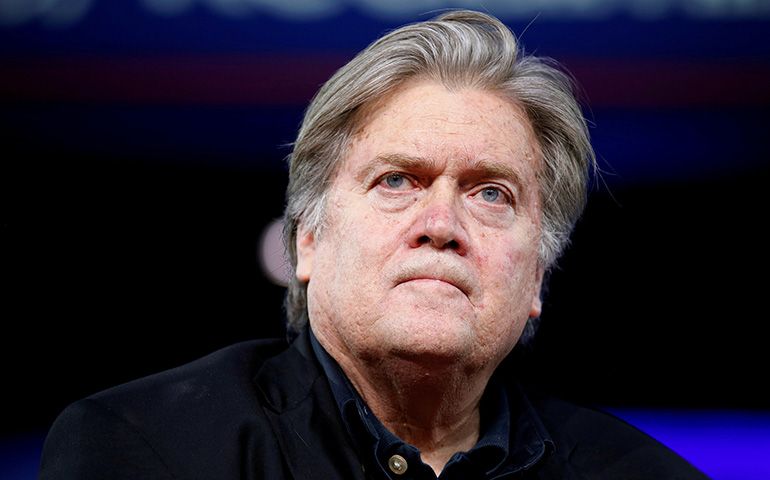 In a "60 Minutes" interview, Steve Bannon, the executive chairman of Breitbart and former chief strategist for President Trump, faulted the Catholic bishops for their stance on immigration.

"The Catholic Church has been terrible about this [immigration issue]. The bishops have been terrible about this. By the way, you know why. You know why. Because [they're] unable to really – to come to grips with the problems in the church, they need illegal aliens," Bannon said to interviewer Charlie Rose. “They need illegal aliens to fill the churches. It’s obvious on the face of it. … They have an economic interest. They have an economic interest in unlimited immigration, unlimited illegal immigration." 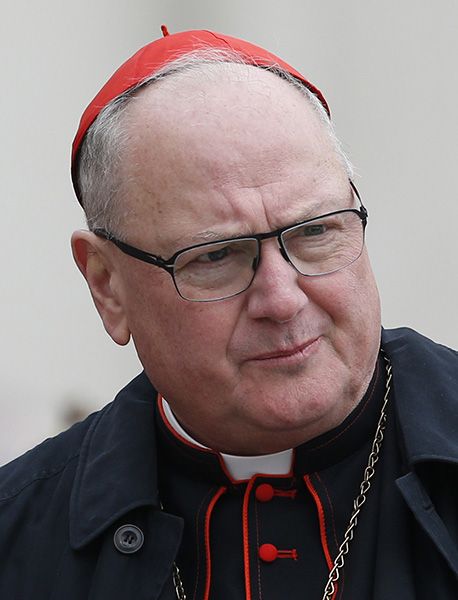 Because he was mentioned by name in the question posed by Rose, New York’s Cardinal Timothy Dolan came out swinging in response. "I don't really want to, care to go into what I think is a preposterous and rather insulting statement that the only reason we bishops care for immigrants is for the economic because we want to fill our churches and get more money," the cardinal said on SiriusXM. "That's insulting and that's just so ridiculous that it doesn’t merit a comment."

I actually think Bannon was right, or at least half right. (There is a sentence I never thought I would write.) He is, as Cardinal Dolan said, ridiculous in thinking there is an economic interest driving the bishops' position in support of undocumented immigrants. So far as I know, the undocumented community does not contain a lot of big dollar donors. But, when Bannon said "They need illegal aliens to fill the churches," I think he was onto something, just not what he thought he was onto.

Bannon sets religion as a tribal marker. I cannot see into the man’s soul, so I am not commenting about his conscience, only about the public arguments in which he uses religion as a buttress for his claims. To him, Christian Americans are mostly white and of European origin. Latinos do not seem to make the cut, although they also are of European origin. Of course, the demographics are against him, as a survey by the Public Religion Research Institute indicated last week. And, I would like to see him perform some exegesis on Galatians 3:28, in which St. Paul tells us that in Christ "There is no longer Jew nor Gentile."

Where he is right, albeit in spite of himself, is that we need the undocumented immigrants coming to this country largely from Latin America. We need them to fill our churches because the Catholic Church in America has been in danger of becoming an upper middle class club for people with conservative sexual* ethics. We need these immigrants to remind us that the Gospel is good news to the poor. We need these immigrants because the secularizing force of wealth and materialism has robbed the Catholic Church in this country of one of its most obvious core beliefs: The Gospel is good news for the poor.

Two years ago this month, I traveled to Austria to speak to a group of Eastern and Central European bishops who had gathered for a two-week intensive English course. The topic assigned to me was secularization, and my presentation was well received. I drew heavily on Brad Gregory’s important book The Unintended Reformation: How a Religious Revolution Secularized Society, a book whose main theses are undoubtedly correct. But, in the intervening years, I have come to understand that while the long sweep of history led the United States and the West to this point, the postwar tipping point – a last gasp of religiosity (never more than a facsimile of religion) followed by rapidly declining numbers of adherents – is relatively simple to grasp. Western societies became affluent. The Gospel stopped being good news for us.

Bishops and theologians have spilled a lot of ink fretting about secularization. So should we all: The Body of Christ in the United States and Western Europe is shedding members like a maple tree sheds leaves in October. This is not the consequence of secularism being newly attractive. It is not the result of some nefarious and latent Jacobin tendencies in Western civilization. It is not Obama’s fault. We got rich. The good news we look for has to do with finding that antique chair, or a sale at Macy's, or a good fare on a flight to Paris. With all the stuff we have at our fingertips, all of it enticing and delicious, who has time for Mass on Sunday morning?

So, Mr. Bannon, if you are reading: You are right. We need those immigrants to fill our churches, not because the church of Christ is less orthodox when the pews are not filled. We need those immigrants because they could be the ones who still hear the words of the Gospel as words freshly spoken. Most of them are still mired in the challenges of poverty, they still encounter the indifference of the affluent and, so, still look to the heavens for salvation. They have not been deluded into mistaking the self-made man for a hero. They have the faith the rest of us lost. Yes, we need them to fill our pews if we want, to borrow a phrase, to make Catholicism great again.

*A sentence was updated to include a key word that was removed due to an editorial error.

A version of this story appeared in the Oct 6-19, 2017 print issue under the headline: Steve Bannon is right: Church needs immigrants .