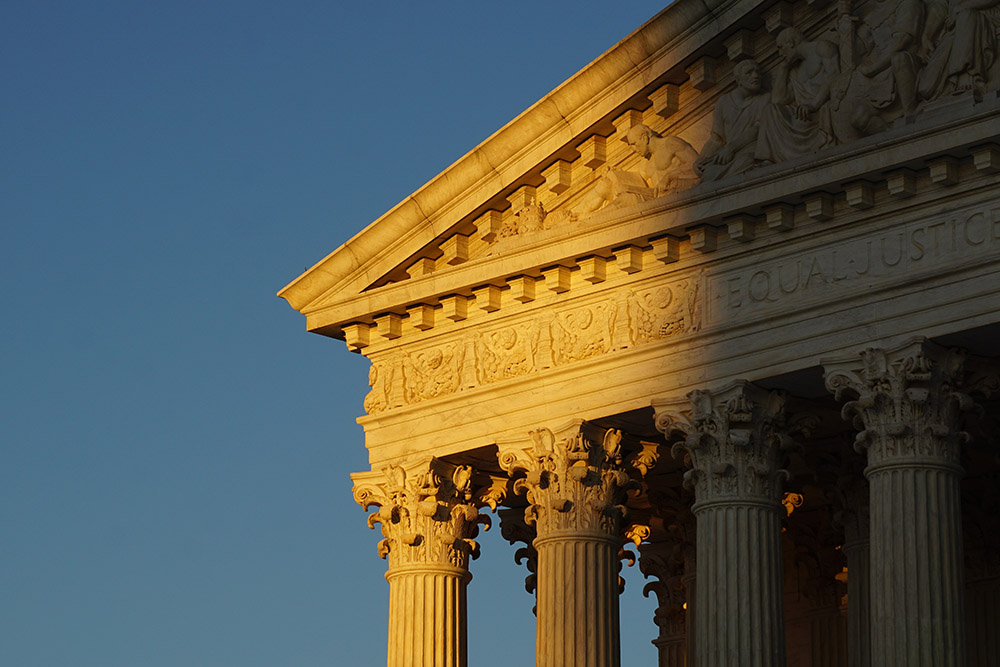 The relationship between the U.S. Supreme Court and the rest of the country, especially the other branches of government, is always a moving target. In recent decades, however, the high court has emerged as a symbol of constitutional stability and done so at a time when virtually every other social institution has been weakened. Now, sadly, it appears the court is joining the destabilization parade.

In the case New York State Rifle & Pistol Association Inc. v. Bruen, the high court held, 6-3, that a New York law requiring anyone who wanted a permit to carry a concealed weapon outside their home to show "proper cause" for the permit was unconstitutional. The decision states:

The constitutional right to bear arms in public for self-defense is not "a second-class right, subject to an entirely different body of rules than the other Bill of Rights guarantees." McDonald, 561 U.S., at 780 (plurality opinion). The exercise of other constitutional rights does not require individuals to demonstrate to government officers some special need. The Second Amendment right to carry arms in public for self-defense is no different. New York's proper-cause requirement violates the Fourteenth Amendment by preventing law-abiding citizens with ordinary self-defense needs from exercising their right to keep and bear arms in public.

Any fair reading of the intent of the founders would conclude that this is nonsense on stilts. The Second Amendment is about militias. The stilts for this case are found in the Supreme Court's 2008 decision in District of Columbia v. Heller. There, the court for the first time said there was an individual right to bear arms that deserved the same kind of constitutional protections we afford speech and religion. Last month's decision takes Heller a step further.

A few weeks before the Supreme Court threw out the New York law, a racist entered a grocery store in Buffalo, New York, and killed 10 Black people. His semiautomatic weapon was not concealed, but the message is clear: No matter how much carnage there is in the streets of this nation, a majority of the court's justices are going to cling to lousy history and a fundamentally ridiculous legal theory known as originalism to justify whatever political result they desire.

If you want to undermine confidence in the Constitution, tell the American people that it will not permit elected officials to enact laws that aim to protect them from ever increasing incidents of mass shootings.

Capping carbon dioxide emissions at a level that will force a nationwide transition away from the use of coal to generate electricity may be a sensible "solution to the crisis of the day." New York v. United States, 505 U.S. 144, 187 (1992). But it is not plausible that Congress gave EPA the authority to adopt on its own such a regulatory scheme in Section 111(d). A decision of such magnitude and consequence rests with Congress itself, or an agency acting pursuant to a clear delegation from that representative body.

Meanwhile, the Colorado River is running perilously low, and the states that rely upon it for water have been ordered to drastically reduce their intake. Sixteen days before the court's decision was issued, Yellowstone was closed due to extreme weather flooding out roads, hundreds of thousands of citizens in the Midwest were without power due to extreme storms while others battled sweltering heat. But, hey, all that heat and the flash floods may result in increasing amounts of sand for the people to pound. The time is coming when people will start reaching for their pitchforks if the court continues to obstruct necessary measures to protect life.

Some would include the court's decision overturning Roe v. Wade in this list of decisions that undermine the court's credibility. But charges that the Dobbs decision was divisive, or represented an overreach by the court, are the same criticisms leveled against the original decision in Roe. As a practical matter, the political fight over abortion regulations now moves to state legislatures, and the media focus will follow. In both the gun control and EPA decisions, the court barred, respectively, the way to legislative and executive action.

No matter how much carnage there is in the streets, a majority of the court's justices are going to cling to lousy history and a fundamentally ridiculous legal theory known as originalism to justify whatever political result they desire.

It is not unprecedented that the court finds itself embroiled in controversy with important societal and political actors. In a 2003 speech, Justice Stephen Breyer, who has just left the court, recalled the response of President Andrew Jackson to an 1832 ruling he considered adverse: "John Marshall has made his decision; now let him enforce it," Jackson said. The court's decision was not enforced.

In 1963, Alabama Gov. George Wallace stood in a doorway at the University of Alabama, aiming to prevent two Black students, Vivian Malone and James Hood, from registering for classes, defying the desegregation ruling of the high court in Brown v. Board of Education. President John Kennedy had to send in federal marshals and Deputy Attorney General Nicholas Katzenbach to remove Wallace and let the students enroll.

In 1974, the U.S. Supreme Court issued a unanimous decision ordering President Richard Nixon to turn over tapes subpoenaed by special prosecutor Leon Jaworski. Nixon knew he had to comply. In 2000, the high court ordered Florida election officials to stop a ballot recount, effectively awarding the presidency to George W. Bush. Vice President Al Gore was forced to concede the election. The court had become the final arbiter.

The power of finality is enormous, and like all enormous power, it should be exercised with great caution. Yet we live during a pandemic of ideological extremism, and the court has caught the virus. The justices risk losing the respect needed to function as a final arbiter. They risk the court's legitimacy. And they might take respect for the Constitution with them.

No one wants a court that is too deferential to the whims of the electorate. We have Congress for that. But neither can a court long maintain its vital role if it is indifferent to the society in which it lives. It is time for the justices to reread Justice Robert Jackson's famous dissent in Terminiello v. City of Chicago. In admittedly very different circumstances, he wrote words that need to be heeded today: "There is danger that, if the court does not temper its doctrinaire logic with a little practical wisdom, it will convert the constitutional Bill of Rights into a suicide pact."