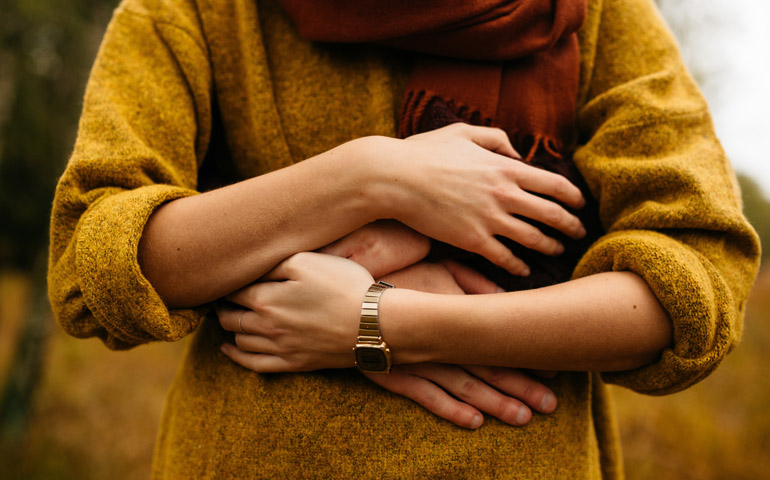 The Catholic community should thank Jesuit Fr. James Martin for writing Building a Bridge: How the Catholic Church and the LGBT Community Can Enter into a Relationship of Respect, Compassion, and Sensitivity. Many lesbian, gay, bisexual and transgender Catholics have spent years on the margins of our community inviting such dialogue. This book cracks open a new door to opportunities to ask important questions about the inclusion of LGBT Catholics in the church, and those opportunities should be seized.

Martin’s book exhorts church leaders and LGBT Catholics to come together in dialogue. Using the words of the Catechism of the Catholic Church, he calls both sides to treat one another with “respect, compassion, and sensitivity.” This is good advice, and those in the hierarchy who have made such outreach — Cardinal Joseph Tobin of Newark, New Jersey, and Bishop Patrick McGrath of San Jose, California, to name just two — need our support.

Inescapable in this bridge-building project, however, are deeper questions that cannot go unexamined. Can dialogue be enough to achieve a truly inclusive church? Without a change in the church’s teaching on sex and sexuality, can LGBT people ever hope to be treated with equality and justice by the hierarchy?

There is good precedent for development of the church’s sexual ethics, particularly in the last 50 years. For centuries, Catholic doctrine insisted that procreation was the sole justification for sexual acts and that sexuality was fundamentally disordered. These teachings were questioned and modified in the mid-20th century in the documents of the Second Vatican Council and Pope Paul VI’s encyclical Humanae Vitae (“On Human Life”). Today, the church recognizes that sex between a man and a woman within the bond of sacramental marriage can be a source of joy and pleasure in both body and spirit.

But the doctrine also maintains that there is an indissoluble connection between the procreative and unitive meaning of the sexual act. Therefore, according to the catechism, all sex acts between married couples must be “ordered per se to the procreation of human life” (2366). This “procreative norm” dates back more than 1,500 years to the time of Augustine, who developed the idea in response to his belief in the sinful, uncontrollable nature of sexual arousal.

Today, the procreative norm is one of the fundamental reasons the church remains opposed to same-sex relationships. But, in reality, this doctrine has far-reaching consequences for all Catholics, regardless of sexual orientation or gender identity.

As a case in point, see Springfield, Illinois, Bishop Thomas Paprocki’s list of Catholics he suggests should not present themselves for holy Communion.

The institutional church’s vocal objections to same-sex marriage often mask the fact that church teaching is fundamentally opposed to sexual acts that a majority of human beings participate in. The church condemns any sex acts — including those engaged in by married couples — that do not respect the procreative norm. Therefore, in reality, few Catholics ever live up to the church’s moral norms governing sexual activity.

As stark as these teachings are, other issues related to sexual relationships remain unclear and underdeveloped, such as the church’s positions on divorce and remarriage, the single life and celibacy.

We strongly encourage dialogue between laypeople and church leaders regarding all issues in the sexual sphere. But we also recognize that dialogue can have its limits, particularly if those in leadership do not demonstrate an openness to developing the church’s teaching on sex and sexuality.

We call on bishops to continue the work of developing the doctrine of sexuality that began in Vatican II. This work has largely been stalled by the hierarchy’s unwillingness to loosen its rigid interpretation of millennia-old ideas about natural law and the procreation norm.

Of course, the work has continued outside of the walls of the Vatican, led by Catholic moral theologians who have spent the past four decades developing new frameworks for sexual morality and ethical decision-making based on our evolving understanding of sexuality. Sadly, those who have made the greatest contributions to deepening our understanding of sexual ethics, such as Fr. Charles Curran and Mercy Sr. Margaret Farley, have been silenced or had their work condemned by bishops and the Congregation for the Doctrine of the Faith.

If we truly are living in a new culture of encounter in the church, perhaps it is time for the Vatican to engage these Catholic theologians and ethicists in a constructive dialogue about the fruits of their ethical inquiries. Until the church is willing to engage in a deep re-examination of its doctrine on sexuality and sexual relationships, any dialogue around LGBT inclusion or divorce and remarriage will only be stymied.