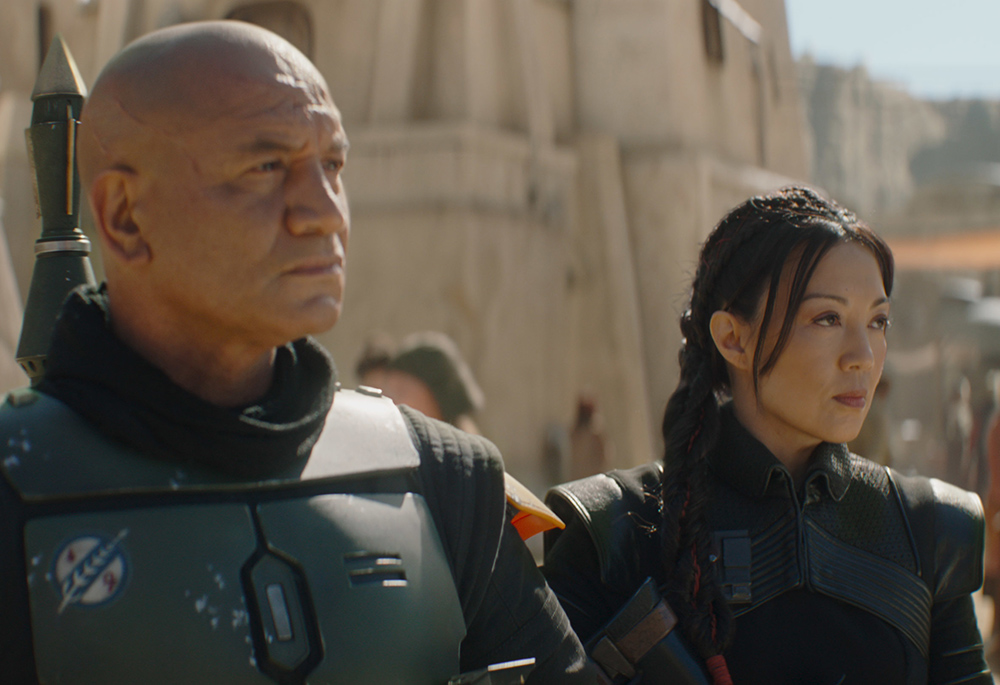 The T-shaped visor, drawn from an era of knights and wizards, evokes legends of medieval warriors and mystical powers. The beaten-up metallic green paint hints at past battles won and lost, narrow escapes and countless deaths. The impenetrable nature of the helmet itself conceals the face of a man who makes his living hunting others for profit.

This is the helmet of the galaxy's most notorious bounty hunter.

"People like the bad guys," George Lucas confessed. That's why Fett was created in the first place, in 1978, part of the effort that would culminate in "The Empire Strikes Back," the sequel to the surprisingly successful "Star Wars." Fett would add another layer of scum and villainy to the galaxy — if not as a member of an advanced Stormtrooper unit, as Lucas originally planned, then as a solitary bounty hunter, in cahoots with Darth Vader and Jabba the Hutt.

The character was so mysterious. With only four lines of dialogue and six minutes and 32 seconds of total screen time across the entire original "Star Wars" trilogy, viewers could only guess at what the character behind that T-visor had seen, what the man himself was thinking.

Who was this guy, really? The helmet was all we had to go on.

Yet before we could get any answers, Boba Fett met an unceremonious end, knocked into the Sarlacc Pit by a half-blind Han Solo. As quickly as he appeared on the scene, Fett and all his mysteries disappeared into the sands of Tatooine. The year was 1983.

Mystery makes for good storytelling. It's an entry point for the rest of us to fill in the gaps, to imagine what might have been and what might yet come. It's probably one reason Boba Fett action figures were so popular: What Lucas left unsaid, the rest of us could act out in our living rooms.

I like the mystery of Boba Fett — and I know I'm not alone. In the run-up to the release of the latest live-action installment in the "Star Wars" franchise, "The Book of Boba Fett" — and in the days and weeks following its Dec. 29, 2021 premiere on Disney+ — more than a few writers have lamented the end of that mystery. You're taking away what made the character great, many claim. This is a story we don't need.

Others have expressed excitement at the prospect of learning more about the man beneath that iconic helmet, of having his post-"Return of the Jedi" story told. Finally, we meet Fett again in live-action, no longer a "Clone Wars"-era preteen or a comic book-bound antihero.

There are probably just as many sides to this debate as there are "Star Wars" fans. And of course, there's the shadow of the behemoth that is Disney, looming large over any unexplored character arc that might turn a profit. (Did we need all that backstory on Han Solo? No. Did I still see "Solo: A Star Wars Story" in theaters and completely enjoy it? Absolutely.)

I'm the target audience for "Star Wars" everything. As a result, I loved the live-action debut of the black-haired Wookiee, Black Krrsantan. I'm here for raising Rancors, blasting Sarlaccs and repurposing old Naboo starfighters. And I'm glad somebody got to go to Tosche Station.

But Easter eggs and fan service don't necessarily make for good storytelling. And I'm left returning to the question of whether delving into the mystery of Boba Fett was the right call.

The conclusion I've drawn is this: Mystery isn't a static character trait. It shouldn't be, at least. 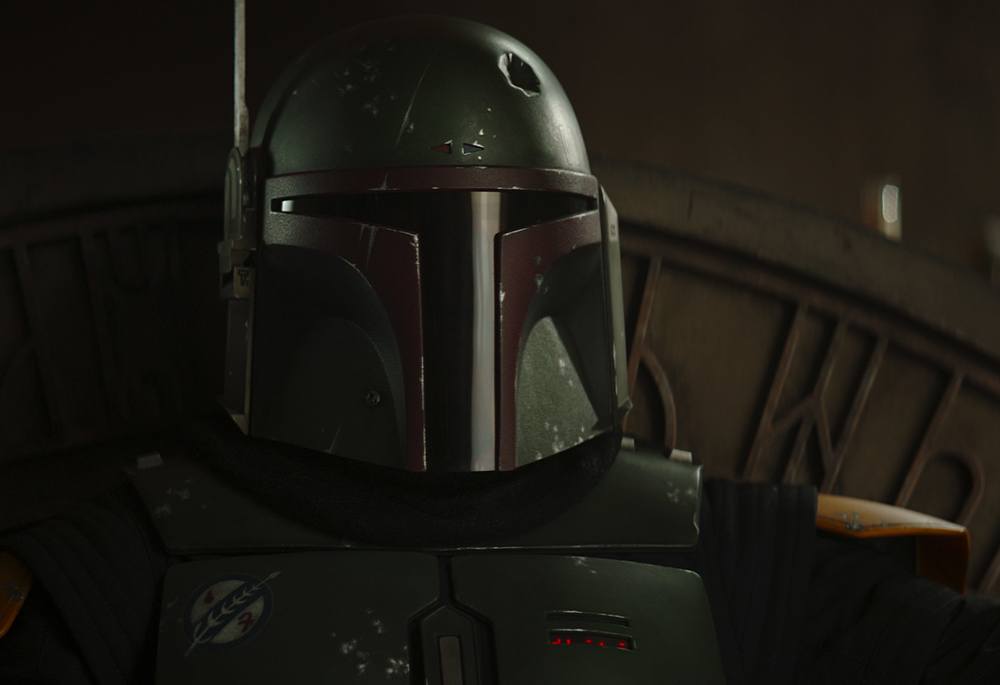 Even Disney's first live-action "Star Wars" television show, "The Mandalorian" — another Boba Fett-inspired spinoff, quasi-prequel and partial-interlude to the current series — began to unravel the mystery of its titular character, showing us the man beneath the Beskar armor. In that show, Din Djarin tried to keep his story mysterious, too, but eventually events forced him to remove his helmet and show us who he really was.

Mystery is either an invitation to know more, or a tactic to avoid intimacy. This is as true for fictional storytelling and Boba Fett as it is for real life and each of us.

Think of the people in your life who you consider mysterious. Are you content that they stay that way? Don't you really want to know more about them, their lives, their struggles, their hopes? Can they ever be good friends, if there are so many unanswered questions?

As people of faith, we are well acquainted with the idea of mystery. God, after all, is complete and utter mystery. So much of our lived experience, too, is clouded in mystery. Why is there suffering? What is my purpose? Does any of this mean anything at all?

Faith, though, demands that we enter into the mystery; we don't watch helpless on the sidelines. God desires that we take the risk; it is in that space of mystery that we come to know more of who God is —and who we are. We enter into the mystery of suffering and loss and hope and meaning with one another, too, knowing that we will never get all the answers, and yet trusting that the journey of sharing and carrying one another's stories is worth the effort.

Let's return to that iconic helmet. As opposed to Din Djarin in "The Mandalorian," Boba Fett has no problem removing his helmet. As a result, we see the face of Temuera Morrison, who plays Boba Fett, far more than we ever saw Pedro Pascal, who plays Din.

We see every expression on Morrison's face: the pain, the confusion, the hurt, the anger. We see ourselves, too, in those very human emotions. And the mystery slowly dissipates.

And of course, there is always more mystery to explore. All the Disney+ shows in the world can't tell us everything. (Though hopefully we'll reach a satisfying conclusion in the season finale this Wednesday, Feb. 9.)

As we enter more deeply into the mystery around us, as we unravel it slowly and yet never completely, I hope we aren't afraid to take a long, honest look at what's really in front of us: that which is all too human, often all too painful, and yet all too important to avoid confronting simply because we now must see it for what it truly is.

Official trailer for "The Book of Boba Fett" (YouTube/Star Wars)