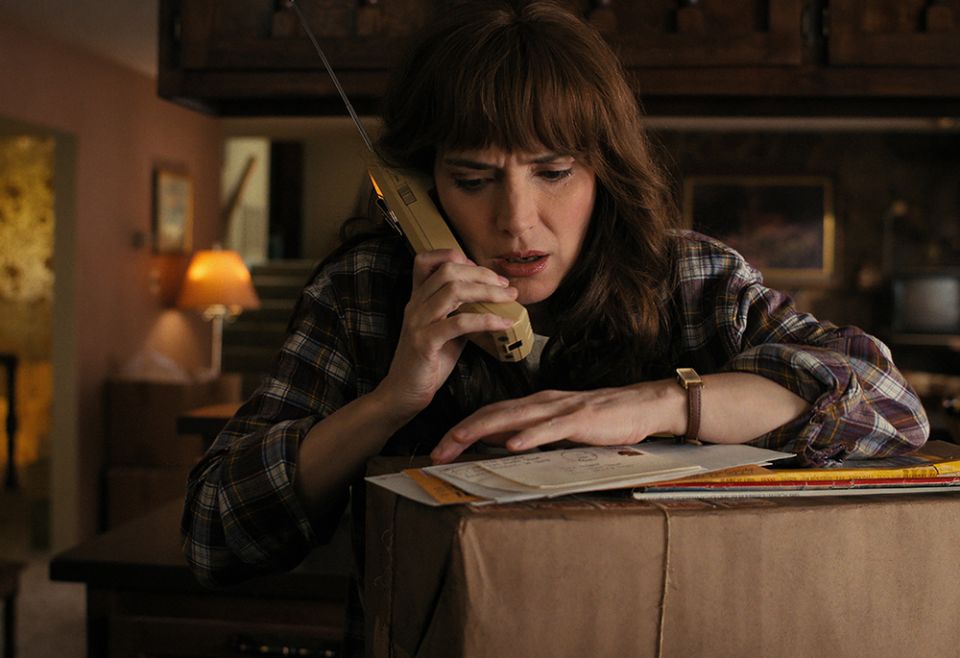 The second dose of the COVID-19 vaccine hit me hard. I had a splitting headache, a fever, and a burning desire to rewatch "Stranger Things." The Netflix sci-fi thriller series debuted in 2016, but I binged the first three seasons months before lockdown. A year later, revisiting the sleepy town of Hawkins, Indiana, gave me an eerie sense of déjà vu, transporting me back to a pre-COVID world.

"Stranger Things," which will release volume 1 of its two-part Season 4 this weekend, lives up to its title. It's weird. The characters experience trauma, sometimes from their encounters with interdimensional monsters, but other times from very real tragedies. We learn early on, for example, that Jim Hopper (played by David Harbour), the chief of police, lost his young daughter to illness and hasn't been the same person since. His commitment to protecting the children and families of Hawkins quickly becomes about more than doing his job: It's an opportunity to be a father again.

Some people think "Stranger Things" is about monsters, but it's not. It's about people. The Hopper we meet in the first episode is cynical and mistrustful. When faced with the disappearance of a neighborhood child, he spends half a season searching for every possible reason to believe nothing extraordinary has happened. It's not until he embraces increasingly bizarre explanations that he begins to trust the mother of the missing child, his longtime friend Joyce Byers (played by Winona Ryder) and, in the process, confront his own grief.

The more I learn about Scripture, the more I realize the Bible often works the same way. 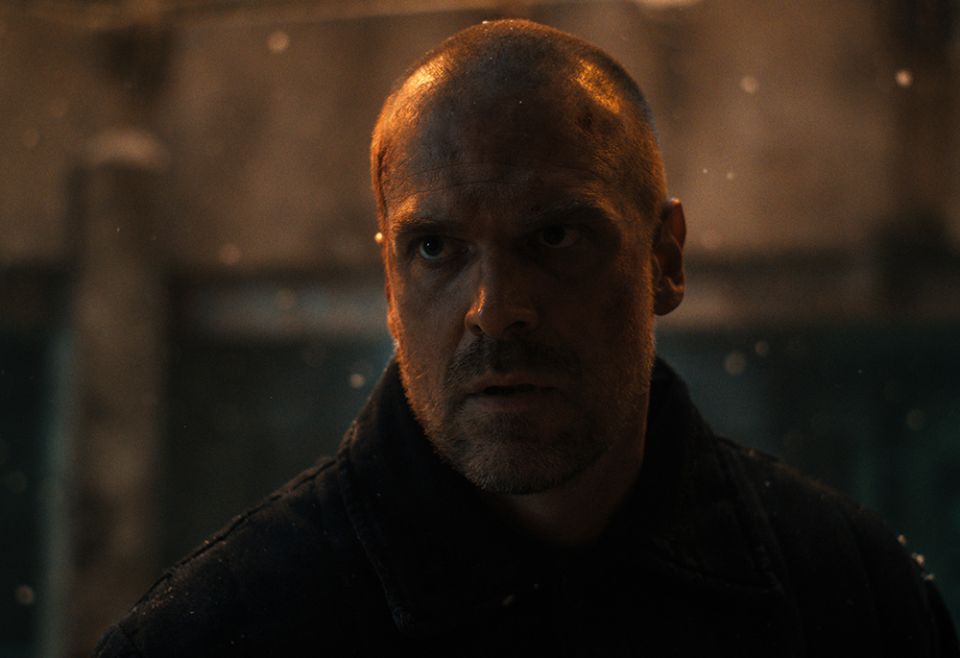 The Bible is weird. Pick any church holiday — Christmas, Easter, Pentecost. All of them contain some divine, magical element that testifies to the power of our God — God's son becoming human, Jesus rising from the dead, the Spirit showing up as tongues of fire. As a child, these things inspire awe. As an adult who has heard these stories hundreds of times, they often feel like science fiction, not because I don't believe they happened, but because I don't understand divine intervention any more than I understand the source of the character Eleven's telekinetic powers.

My experience of Pentecost last year shook me out of my stupor. As I followed along with the familiar Scripture, I found myself connecting with the story in a way I never had before: The disciples were confined to a house. They cared deeply about each other, but suddenly they had to spend all day together. They were afraid of what would happen if they went outside. They were probably unsure of the best way to get their groceries.

Before the pandemic, Pentecost was just another weird story in the Bible, but for the past two years it's been the story of our lives. I realized if I focus less on the strangeness and more on the people, the stories of our faith become more familiar.

I was an anxious person before the pandemic, and I was just beginning to grapple with my anxiety in the year or so leading up to it, specifically with the way it prevented me from connecting with people. I treated conversations the same way I treat grocery shopping now: Get in and out as quickly as possible, then dwell on every potentially hazardous interaction for hours. The longer I spent talking with someone, the more opportunities they had to think of me as awkward, ignorant or uninteresting. I know I'm not the first person in human history to feel self-conscious around others, but the isolation of the pandemic made me realize that in my own way I had been isolating myself for a long time.

At the end of Season 3 of "Stranger Things," Hopper reflects on the man he was when we first met him. He says, "I've been stuck in one place. In a cave ... a deep, dark cave." Over the past two years, my house has certainly felt cave-like, but if I'm being honest, I was stuck in a cave long before the pandemic. As vaccination rates increased and mask mandates dropped, much of life looks normal again, but for me that normalcy shines a light on my self-imposed isolation. I can no longer blame COVID-19 for the lack of connection I feel with the people in my life, and I'm constantly tempted to retreat to the shelter of old, anxiety-driven routines, blaming work or busyness or exhaustion for my fear of engaging with others.

This is where the story of Pentecost brings me hope. The disciples never got to go back to the way things were before Jesus suffered, died and rose. Instead, by the power of the Holy Spirit, they emerged from their cave, changed for the better.

In "Stranger Things," Hopper's change is marked by a single question. A boy comes into the police station and talks about a girl with a shaved head who can "do things." At the beginning of the series, Hopper would have dismissed such a statement. Instead, he asks, "What kind of things?" 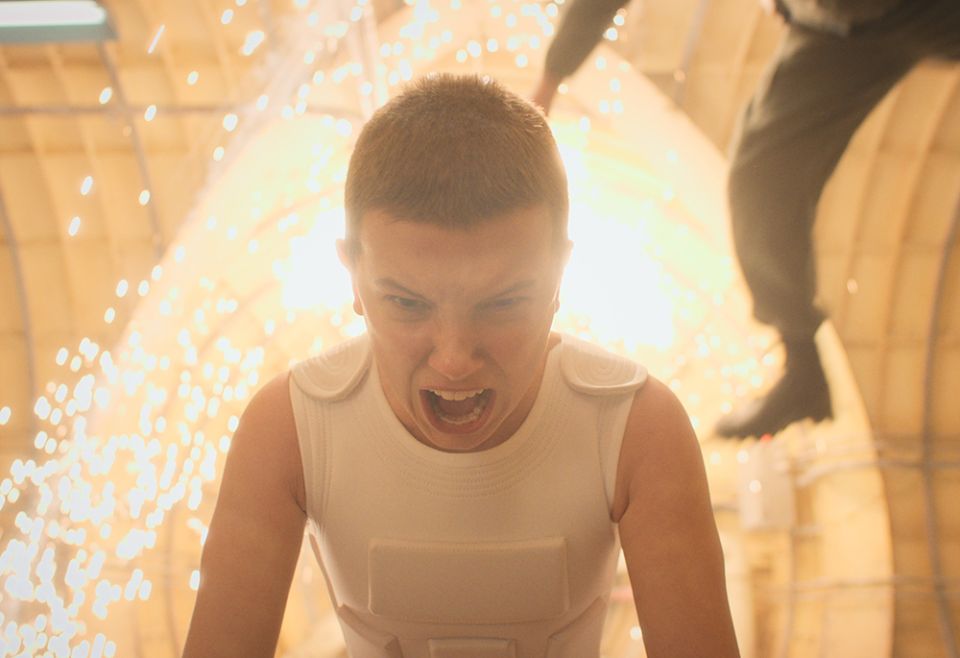 Until this point, the characters have been operating in disparate groups, each one working with their own incomplete piece of the puzzle. Hopper's question becomes the final piece. It's what leads him to Eleven (played by Millie Bobby Brown) and brings everyone together.

The Bible may be weird, but it's also extraordinary: not because of miracles or divine intervention, but because of the way those "things" bring people together. Jesus turns water into wine, but he does so to maintain the dignity of his hosts and to keep a good party going. The coming of the Holy Spirit gives the disciples linguistic superpowers, but it also gives them the courage to leave their house and connect with people. The risen Christ blinds Saul and knocks him off his horse, but it also makes him a loving, nurturing teacher for communities far and wide.

As we enter another season of Pentecost, COVID-19 cases are on the rise, and we debate yet another dose of vaccine. Like the Demogorgon that turns Hawkins, Indiana, upside down, our viral monster lingers. But enduring this pandemic reminds me over and over that God calls us into relationship with others, however messy and however painful those relationships may be. As Hopper says, "When life hurts you, because it will, remember the hurt. The hurt is good. It means you're out of that cave." 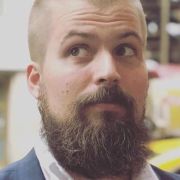 Jonathan Tomick is a writer, educator and poetry editor of The Avenue, a Mid-Atlantic literary journal. He lives in Baltimore, Maryland, with his wife, son and their cat, who is named after a Pokemon.

Perspective | What 'Stranger Things' can teach us about Scripture

Maryknoll Mission Institute at 50 years: 'We are alive and well to the world'

Links: Governors' races in the midterms; resigning from the pro-life movement