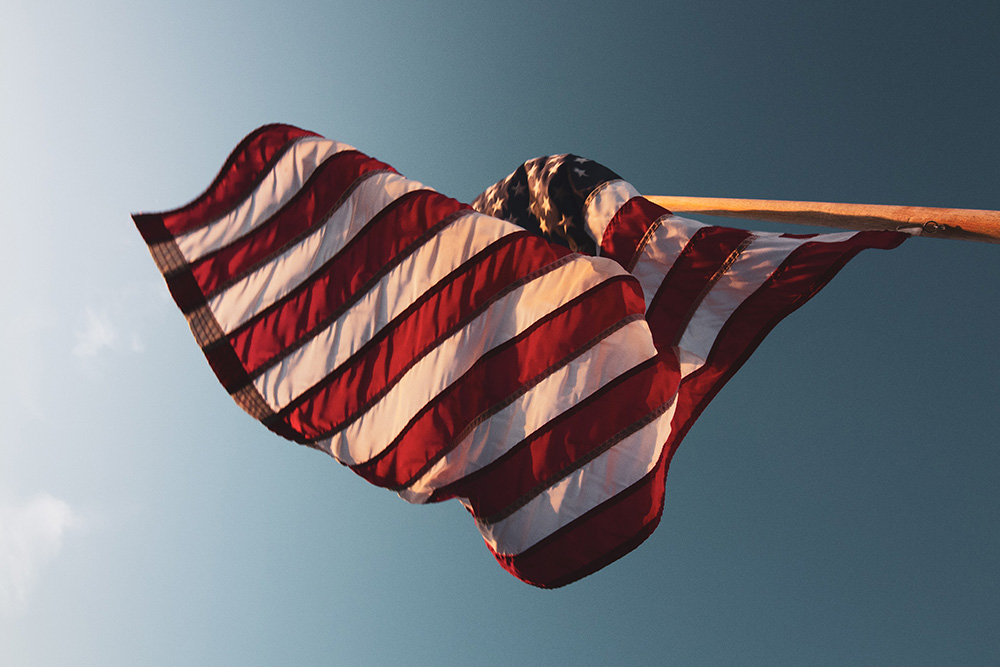 It is two weeks since the attack on the Capitol of this democratic republic by a single-minded but diverse group of Trumpists — dissenters, white supremacists, thugs, the delusional and Republicans. That energy, it appears, arises from a kind of cult following of past-President Donald Trump. It certainly does not come out of either a love for the Constitution or a love for a country already struggling to find its way through a society and a globe in transition.

It leaves us riven. It shakes the tectonic plates of our society. It sends us, under the shield of a pandemic, back inside our houses alone, unsure now who really are our friends, our comrades, our "good neighbors," our leaders and whatever of their impulses may be leading us.

It is, in fact, a moment of great reassessment that may well affect our sense of self — of character and commitment — for years to come.

Clearly the common question that revolves around us now is a simple one: What next?

What is holiness now? Where is wisdom now? What must the average person do, not only to meet our present pressures, but to shape the future, as well? Only one thing is really sure: Whatever we do now will set the precedent for future technologically organized threats.

Among the Sayings of the Desert Monastics is a piece of spiritual guidance from Amma (Mother) Theodora, the leader of a community of monastic women near Alexandria in the fifth century. When that society was in the midst of turmoil, she gives clear and straight direction: "Let us strive to enter by the narrow gate." (If you want to really solve this situation, in other words, don't try to take the easy way out of it.) "Just as the trees if they have not stood before the winter's storm cannot bear fruit," she goes on, "so it is with us; this present age is a storm and it is only through many trials and temptation that we can obtain an inheritance in the kingdom of heaven."

Don't think for a minute that we can return to some semblance of peace by running away from the big questions, let alone by standing stoically aside while the big lies go on getting bigger.

For those who think that the past was placid, that the average life was physically difficult perhaps but basically uncomplicated, Amma Theodora puts that kind of historical romanticism to rest. Life then, as life now, was a bog of political and social struggles. Those people, too, obviously wondered what was next and, more important, what to do about it themselves.

Therein lies what may be today's spiritual response to our own storms now.

One: Strive to end struggles by "entering the narrow gate." As difficult as it may be, don't attempt to slide out of social debate by substituting silence for involvement in the issues of the day. Silence has spawned at least as much of the world's atrocities as argument ever has.

Don't think for a minute that we can return to some semblance of peace by running away from the big questions, let alone by standing stoically aside while the big lies go on getting bigger. Call them out. Require that they be righted.

Don't pretend to yourself that quiet and cowardice are synonyms for "peace." Don't congratulate yourself for being part of a silent majority. Too many local statutes pass today and are regretted tomorrow because there were almost no citizens at the meeting. As city council members and private citizens, don't turn your back on struggles that are beginning to choke the civic system — like contamination in Flint, Michigan, and poisoned fish in the Great Lakes. And, most serious of all, don't wait for someone else to raise the issue, to solve the problem, to face the problem for you.

Not only is it our responsibility to turn over our world to the next generation better than it is now, it is our fault if it gets worse and we say nothing, do nothing, expose nothing, require no attention to it. If saving our reputations by refusing to take a position on anything is better than saving our cities, our country, our government, our globe we are already defeated.

And yes, Amma Theodora is right: It's not easy. Honesty and social courage are indeed "a narrow way."

Two: Like trees, Amma Theodora says, if you want to resolve a problem, you must be willing to face it, to address it consciously, to confront it. We must stand up to the wind that's shaking the pillars of our republic.

This is no time for politics. It is time now for justice, for security, for renewed commitment to the Constitution. Or to put it more directly, it is also time to reteach this Constitution, to study it seriously, to immerse ourselves in the debates it prompts and the history it has made for us. It is time to understand that our Constitution, as socially glorious a document as it is, is as likely to be trammeled as any other if we stand by — protect ourselves from the wind — and allow rogue politicians to steal it for themselves.

Most of all, we must elect people who are willing to compromise, to reflect seriously on one another's positions so that the country might yield to understanding rather than force. The 50-50 political world we're living in cannot fix our problems — it is our problem.

We must not yield to the temptation to give up, let alone ignore the problem. We must not refuse to bear the trials that democracy and freedom, equality and justice demand.

We must elect people from both parties who seek equal rights and constitutional order and the balance of power, before little cadres of Congress become the imperial executive's altar servers on their way to the crowning of their emperor. If you want this struggle to be fruitful, enter into it by bringing reason and respect to the discussion of it. Everywhere: in the church, at work, in the family, with friends, with any who dismiss it, who seek to disregard it, who elevate their own values beyond it.

Three: Only then, only when we recognize the danger in front of us — private militias, QAnon conspiracies, national revolution, the overthrow of elections, the deterioration of peaceful protests into domestic terrorism, the congressional makings of a dictator — can America become America again. Only then, when we each take a part in setting its direction, can we turn the dangerous path before us.

Without that, there will be no fruit from this Republic. "We're in the storm," Amma Theodora says of her situation then. And so are we now. But we must not, she says, yield to the temptation to give up, let alone ignore the problem. We must not refuse to bear the trials that democracy and freedom, equality and justice demand.

From where I stand, Amma Theodora brings to our present struggle for American democracy the awareness that we must each make ourselves part of the conversation wherever we are — in the family, in the city, in the clubs, in the system. The beauty of a world where ideas are honored and people are supported and Congress plies its time in search of justice rather than personal power can only then carry us all to the highest wisdom of holiness and of democracy where, as children, they told us we already lived.

To become that, however, will take the model of an unnamed wisdom figure from the past who set out to explain the glory of his life to his offspring. "All I do all day long," he told them with great humility, "is to stand and scatter my seeds to the wind. It is true that it takes no special ability to scatter seeds but it does take unrelenting courage to go on facing the winds."

A version of this story appeared in the March 5-18, 2021 print issue under the headline: It takes courage and wisdom to go on facing the winds.