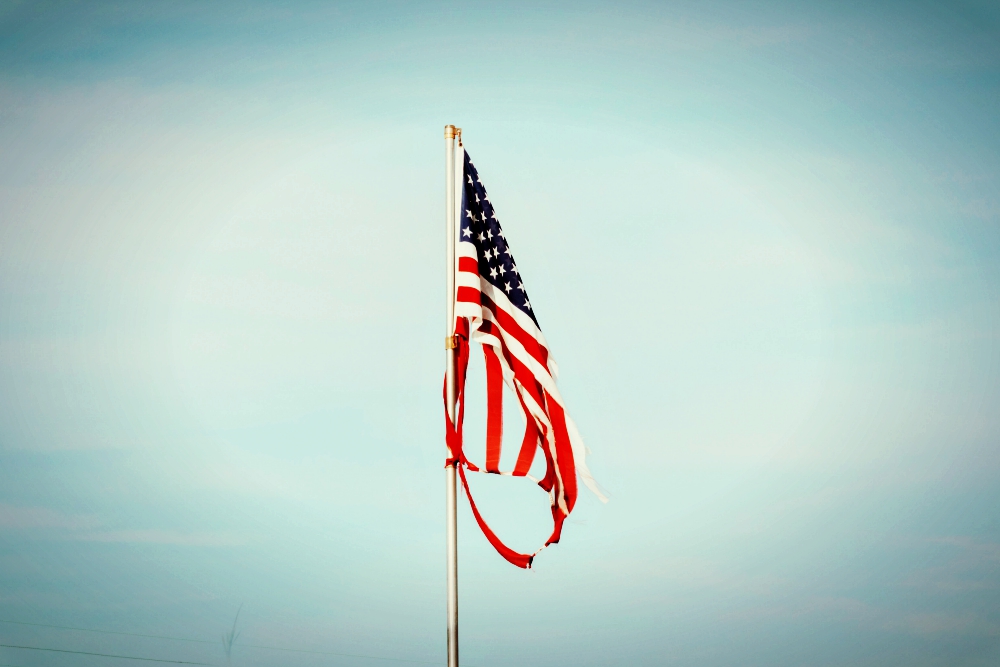 A great deal has changed in the United States in the last four years. But the greatest of these has been the way this country now values truth. Or not.

We're living with things that, I admit, never occurred to me could happen here, in this country. When I was assuring high school history students how impregnable our government was to any kind of collapse, let alone takeover, it was all so clear.

I taught them that our Constitution, unlike the founding documents of other nations, saved us from the scourge of dishonesty, the arrogance of despotism, the malicious destruction of democracy.

I told them how we had equal branches of power that would block any single dimension of officialdom from controlling the whole government.

I assured them that we had "checks and balances."

I'm relatively embarrassed about those years now. They seem to me at this point to have been so naive.

After all, lies, not constitutional government, have become our staple; the imperial presidency has become our government; the guarantees of democracy have begun to fade.

We don't have a Cabinet that has been vetted by Congress to advise the president anymore; we have "acting" cronies.

We can't even be sure that Supreme Court judgeships will be filled if the party in power in the Senate refuses to launch the process. After all, we've learned the hard way that we have no remedy if the congressional leadership refuses to act.

We know now that bipartisan legislation is basically a thing of the past. The bigger the questions, the less likely the reconciliation of ideas. It's all about partisan power now.

In fact, there are days when I feel like I need to apologize to the classes I taught for having misled them. The problem lay in the fact that I believed it all myself — and I passed it on. A pity — for them, for me, for all of us.

Lying has become a political joke. 'All politicians lie,' the voters say now. And maybe that's true. But does that mean that it should be ignored?

Clearly, we took truth for granted in those days. We just assumed that our government wouldn't lie to us about the threats we were facing, for instance.

We were certain that our national leadership would tell us what we needed to do as a country — as citizens — to stem the forces that were weighing us down, like the pandemic.

We would have sworn that we would work things through together — as Republicans and Democrats. Just as we had done during the depression, the wars, the civil rights movement, even Watergate and the scandal of the presidency that Democrats and Republicans recognized together, admitted together and resolved together.

Most of all, we took for granted that truth was the glue of society.

But when our guard was down, it all got washed away while we watched. Despite the moral glow we had assigned to it.

So now here we are: "The government of the people, for the people, and by the people" has turned into a government of tweets and executive orders. The presidency has become a one-man-band. And this country becomes more and more just like every other Third World country: at the mercy of a so-called "strongman leader" held up by a pseudo-Congress and a staff of unvetted lackeys. And, of course, by the Brownshirts who, we're told, are saving democracy from the Democrats by fueling riots in the streets in Portland, Oregon.

But the greatest victims of them all? Truth. Reason. Fact. Leadership. The national spirit. The American way. E pluribus unum.

Media fact checkers confirm that Donald Trump told 20,000 lies in his capacity as president of the United States by July 9. By the end of every presentation, Trump has riddled his own positions, weakened his own arguments.

As The New York Times editorial board in September 2018 wrote, Trump is "a president with no clear relation to the truth." Early on in his presidency, journalists defined the situation as "hyperbole," then "exaggeration," later, "disinformation" until only "lie" could possibly describe his continued refusal to tell the truth.

And here's the saddest concern of all: The American public doesn't seem to care. Lying has become a political joke. "All politicians lie," the voters say now. And maybe that's true. But does that mean that it should be ignored?

With every lie, political integrity grows dimmer and dimmer, the country becomes a bigger and bigger joke, our foundation for the future gets slimier and slimier, our hope for the lives of our soldiers sent into questionable wars gets slimmer, and the basis for the hopes of our citizens gets thinner and thinner.

As a people, we have, it seems, lost all sense of connection between the nature of truth and the character of leadership, the need for public information and the pallor of political disinformation. Which may be exactly why we are sitting here up to our neck in COVID-19: We have no validation, no assurance that the leadership we rely on is really valid leadership or not.

Which leads to the real question. Since honesty as a prerequisite of character has apparently ceased to be an issue for the electorate at large, have we, as a moral nation, already collapsed?

Have we ourselves come to the point where we have only lies to live by? Most of all, have we decided that's all right?

What kind of moral metric can we possibly proffer the rest of the world? What kind of credible character can we seriously hold up as trustworthy, as worthy of international credence, as sign of our own authenticity?

All I see on the national horizon right now is not a nation "under God with liberty and justice for all." Instead, all we have are 50 large and independent villages, masking as independent states.

We have no defined national efforts like the rest of the world, who are all working together to take care of one another. Instead, we have 50 large villages acting independently, trying their best to hang on, to survive, to rise up again and, of course, to survive more lies. And more lies. And still lies. And fake polls. And all-too-real executive orders. And 50 states on their own.

The new Catechism of the Catholic Church has a statement on lying and serious sin. It reads: "The gravity of a lie is measured against the nature of the truth it deforms, the circumstances, the intentions of the one who lies, and the harm suffered by its victims. If a lie in itself only constitutes a venial sin, it becomes mortal when it does grave injury to the virtues of justice and charity."

When will we begin to hear from our churches that political lies are a moral attack on the country?

From where I stand, it seems that we ourselves each have a moral question to answer: Are 5.4 million plague-ridden unprotected citizens enough damage to call lying about the seriousness of their situation a mortal evil? Are 170,000-plus deaths, many of older people in institutions meant to protect them, enough of a breach of justice to consider a government that would do that mortally immoral?

Perhaps, most important of all, is our own blasé approach to the effect of public lying our own immoral complicity in a public sin? And if so, how much time will it take before it undercuts the character of the whole nation?

In fact, isn't the real question when and how shall we each refuse to allow it to go on unchallenged?

A version of this story appeared in the Sept 18-Oct 1, 2020 print issue under the headline: When leadership becomes nothing but lies.